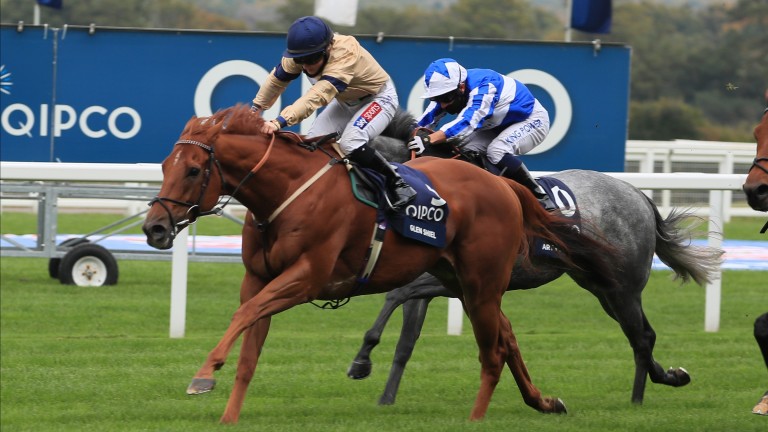 Doyle had already sparked British Champions Day into life when becoming the first female jockey to win at the prestigious meeting, partnering Trueshan to annihilate the Long Distance Cup field, but her win in the Sprint, a first in Group 1 company, was a landmark moment as she joined Alex Greaves and Hayley Turner as the only women to have won a race at the highest level on the Flat in Britain.

It was also a first Group 1 for Glen Shiel’s trainer Archie Watson after the six-year-old, a sprinter who raced over ten furlongs in his earlier days, went one better than his second in last month’s Sprint Cup at Haydock.

A stunned Doyle said: “I’m a bit in shock at the moment. It’s a dream come true really, my aim at the start of the year was to ride a Group winner and I’ve always said I want to win a Group 1 one day – I didn’t think it would come this year.”

It was the latest watershed occasion in Doyle’s meteoric rise as a jockey, with the 24-year-old breaking her own record for most winners in a calendar year by a female rider in Britain on Wednesday at Kempton. 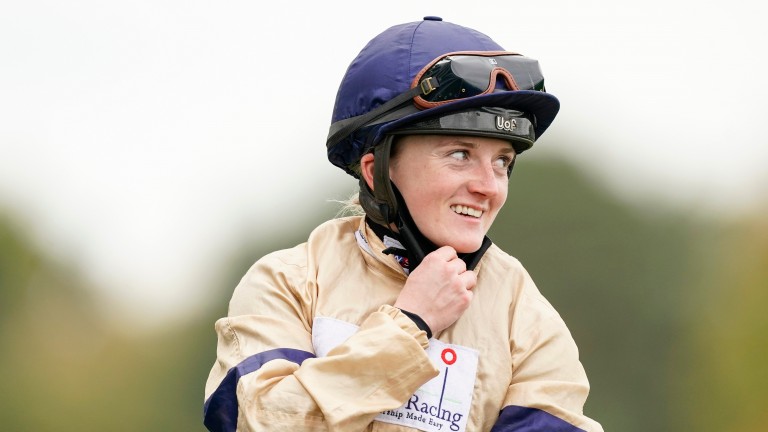 But the quantity is now being matched by quality, with Glen Shiel Doyle’s sixth Group winner of the season. It has been a campaign littered with standout days, from a first Royal Ascot winner to Group success at Newmarket's July festival and a historic 899-1 five-timer at Windsor in August.

She said: “I don’t get too carried away with it, I’m probably a bit delusional with what’s going on at the moment. It’s all been a bit of a whirlwind but it's been a great few years.”

Doyle had a small but agonising wait for the result to be finalised, with 80-1 shot Brando thrusting late with One Master, Art Power and Oxted not far behind, but eventually the winning margin of a nose to Kevin Ryan’s admirable eight-year-old was confirmed.

Doyle added: “It was too close for comfort really. I thought I hadn’t won, so to have had the result we have was incredible. Me and Oxted had a good old battle from the three-pole and I thought that I would be doing well to hold on like I did but he is such a game horse. He’s incredible.

“He has got quicker with age. When we first got him, he was running over ten furlongs in France and didn’t show a whole lot of speed but the further we dropped him back, the quicker he got."

Glen Shiel's extra stamina proved to be beneficial, as he made a quick start under Doyle and was there to be shot at throughout. July Cup winner Oxted and Glen Shiel's Haydock conqueror Dream Of Dreams loomed up menacingly with two furlongs to go, but their challenge faded as Glen Shiel pulled out more and then some to hold off the very late charge of Brando and One Master.

Doyle added: "Silvestre de Sousa [on Art Power] left me alone early on and I got to dictate, which doesn’t often happen in Group 1s.

“I thought the only way I could get Dream Of Dreams beat was to stay seven furlongs, to get first run on him in this ground. I kicked him in the belly at the three-pole and we had a hard old battle [with the rest]."

FIRST PUBLISHED 4:34PM, OCT 17 2020
I’m probably a bit delusional with what’s going on at the moment. It’s all been a bit of a whirlwind but it's been a great few years

'I confidently expect her to outrun her odds' - Tom Segal's four ITV4 fancies 'He'll be stronger at the finish at this trip' - Paul Kealy likes one at Ascot 'If he can build on his last run he's got a great each-way chance' From Desert Orchid to Defi Du Seuil: four memorable runnings of Ascot thriller Clarence House Chase: Nicky Henderson and Willie Mullins on Saturday's big clash Tracks not expecting any issues for stellar cards on a super Saturday