Can Ask A Honey Bee come up with winning answer to nagging questions? 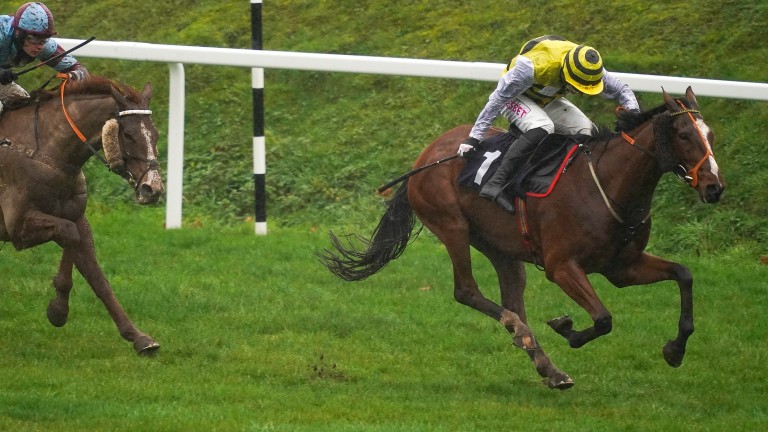 Ask A Honey Bee was probably unlucky to finish second on his first two starts over fences.

On the first occasion he ran in a traditionally hot novice handicap at Uttoxeter and came out second best behind Lord Accord, who has gone on to win since. The fourth from that race, Kiltealy Briggs, and fifth, No Comment, are also subsequent winners. So it's evident that was another strong running.

Next time out at Exeter, Ask A Honey Bee ran into the juggernaut that is Threeunderthrufive, who has since won three more races over fences, including a pair of Grade 2 contests.

It was therefore no surprise when connections opted for a soft option at this course last month and Ask A Honey Bee took full advantage of a gift of a race to land odds of 1-9.

The problem is that Ask A Honey Bee beat a rival rated 35lb inferior by just two lengths and was fully 30lb below his previous RPR.

Maybe he only just does enough but it's still a concern, especially when you consider this race is back at the same track and he didn't seem ideally suited by the anti-clockwise turns. He jumped right on occasions.

The course won't be a problem for Eva's Oskar, who has won three of his six Chepstow starts. Two hurdles and one chase victory here prove he is equally effective at both disciplines and maybe the Tim Vaughan-trained eight-year-old will be Ask A Honey Bee's danger.
Analysis by Graeme Rodway

Dan Skelton, trainer of Sail Away
It wasn’t much of a race he was second in at Leicester last time but it was nice to see the winner Dusart go in again the other day. He'll win races over fences and this is his trip but this looks quite a deep race.

Tim Vaughan, trainer of Eva’s Oskar
A horse turned in front of him at the start in the Welsh National last time and it was all over by the first bend. Ideally he'd prefer softer ground but he likes the track and hopefully can bounce back.

Sam Thomas, trainer of Mario De Pail
Hopefully they'll get a bit of rain as he doesn’t want the ground too quick. I’m not convinced he’s a three-miler but there isn’t anything else for him at the moment and hopefully he can put in a clear round and run a nice race.

Joe Tizzard, assistant to Colin Tizzard, trainer of Striking A Pose
He’s up in trip, which may suit him, and he’s off a competitive enough mark, so goes there with a decent shout. He’ll enjoy the ground.

Ben Pauling, trainer of Slipway
There was no fluke about his win at Southwell last time despite him going off at 33-1 as we thought he’d run well the time before only to be pulled up. He’s up in grade but has been in very good form at home since then.

David Noonan, rider of De Young Warrior
He did nothing wrong when winning at Exeter on his first time over fences and is at the right end of the handicap. He wouldn’t want the ground drying out too much as he likes to get his toe in.
Reporting by David Milnes