Plan B a great success as Ribchester powers home for Godolphin 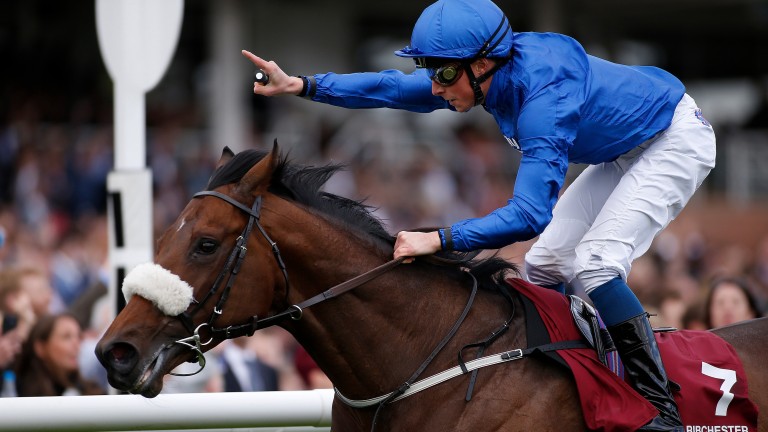 Ribchester and William Buick make all to win the Group 1 Al Shaqab Lockinge Stakes
Alan Crowhurst
1 of 1
By Lewis Porteous 6:17PM, MAY 20 2017

Who would have thought a pacemaker missing the kick could have such a huge bearing on a race? Well that is exactly the tale of the Group 1 Al Shaqab Lockinge Stakes.

Yet the irony does not stop there as, while Ribchester, the horse the break-missing Toscanini was meant to be leading, ran out a thoroughly convincing winner under Plan B, his main rival Galileo Gold was the one who was seemingly most inconvenienced by Toscanini’s stage fright.

With Toscanini drawn eight, Ribchester in five and Galileo Gold in seven, the tactics appeared simple, but when Toscanini missed the break the two big guns were left in front. 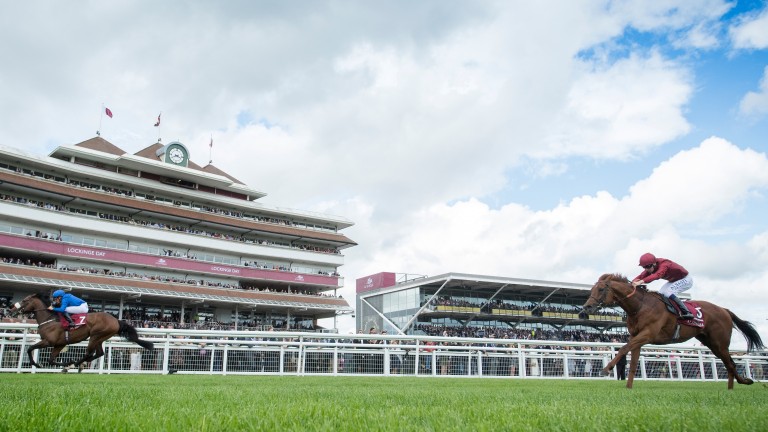 Ribchester settled perfectly under William Buick down the centre heading the pack, while Galileo Gold was steered away from his rivals, racing alone and freely nearest the stands' rail under Frankie Dettori.

From two out Galileo Gold faltered, but Ribchester, a horse always held in the highest regard by trainer Richard Fahey, piled on the coal and from over a furlong out was never going to be caught, in the process handing Godolphin a record eighth win in the race.

“I was nervous – and I don’t do nerves,” said Fahey. “It’s a big day and you just want to perform and god he did. I enjoyed that.” 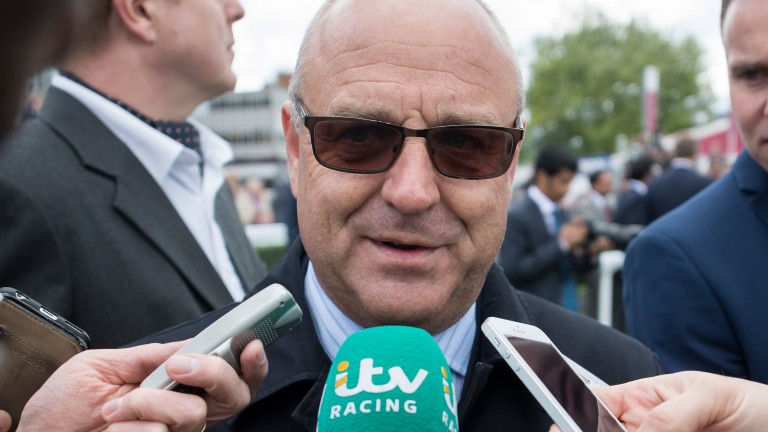 Fahey rubbished talk that perhaps Toscanini had fluffed the start as a deliberate tactic, although he admitted he was never unduly concerned.

“The pacemaker missed the kick so it was Plan B, but I always thought Ribchester could do something like that,” said Fahey.

“I wasn’t disappointed because he seemed relaxed in front. He’s mentally mature and physically getting better all the time.”

The man on top was also far from panicked by his pacemaker’s absence, always feeling he had matters under control at the head of affairs.

Buick said: “It wasn’t the initial plan to be in front, but Richard always says go with the horse rather than against it. He likes to use his stride and keeps finding. He’s a top-class miler.” 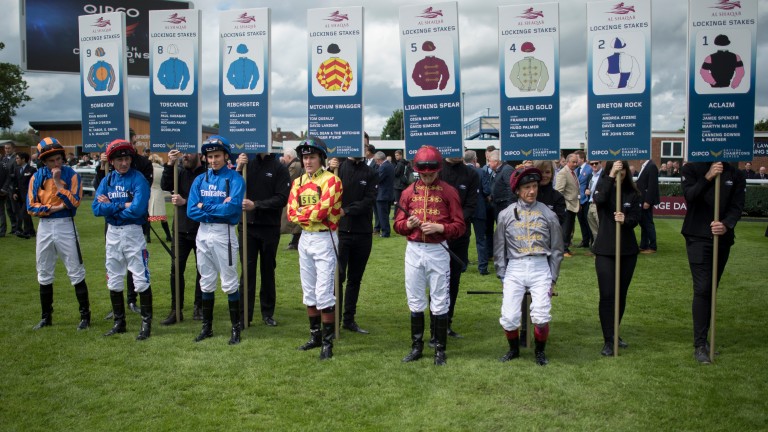 The jockeys line up before the Lockinge, with winning rider William Buick third left
Edward Whitaker

The logical next step looks the Queen Anne Stakes, for which bet365 and BetBright went a best-priced 2-1 (from 5-2 and 3), although it is not out of the question Ribchester will step up in trip again in future.

Fahey said: “I’ve got to speak to John Ferguson and Sheikh Mohammed, but in my mind I would love to think he’d get a mile and a quarter. Do we have to go there at the minute? No.

“I thought he’d win in Dubai and I was disappointed, but maybe he was a bit fresh. He picked up half a million quid on the way and he’s thrived from that. This guy is special.”

A deflated Hugo Palmer, trainer of Galileo Gold – who faded to finish a well-beaten fifth – rued how the cards had fallen for his Classic winner. 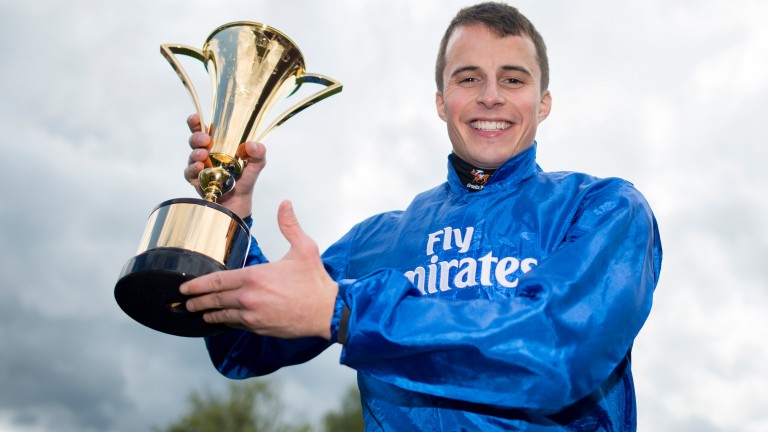 A delighted Buick with the Lockinge trophy
Edward Whitaker

He said: “We thought Toscanini, who was next door to us, was going to jump and lead the field and Plan B was not quite so simple.

"I think the horse probably paid for not having a lead and we’ve seen all afternoon the centre-to-far-side of the track, for most of the mile at least, has perhaps been better ground, although the winner did end up against the stands’ rail.”

In contrast, connections of runner-up Lightning Spear were delighted with another storming effort at the top level and he will head to Ascot for a rematch with the winner.

FIRST PUBLISHED 3:43PM, MAY 20 2017
He's getting better mentally and you have to be happy with that performance