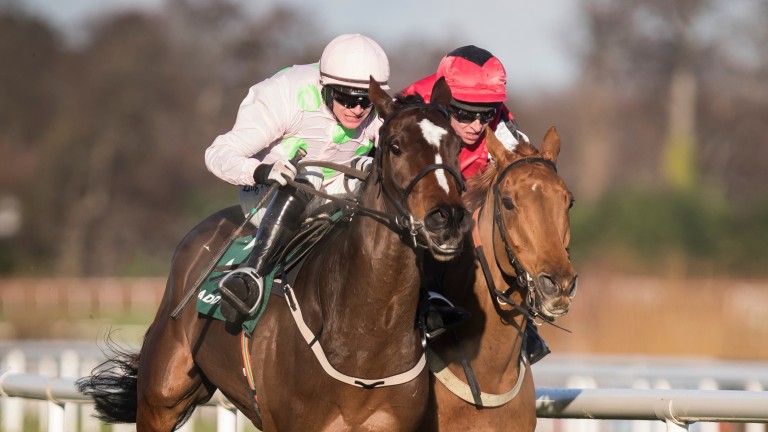 Simply Ned has finally won a Grade 1 chase and in dramatic circumstances, too, after the stewards reversed the placings after long odds-on favourite Min was adjudged to have interfered with his rival in the closing stages.

Having been denied in heartbreaking style by Flemenstar in this race in 2015, Simply Ned had finished third in the race in 2014 and again last year.

And he again put up a brave performance, serving it up to Min before striking the running rail as the Paul Townend-ridden favourite, who won by half a length, leaned in on him on the run from the final fence.

Winning jockey Mark Walsh was in no doubt that the correct call was made by the stewards. He said: "You don't want to win a Grade 1 like that but I felt if I'd had a clear run from the last, I'd definitely have won and Paul has impeded me the whole way up to the line. 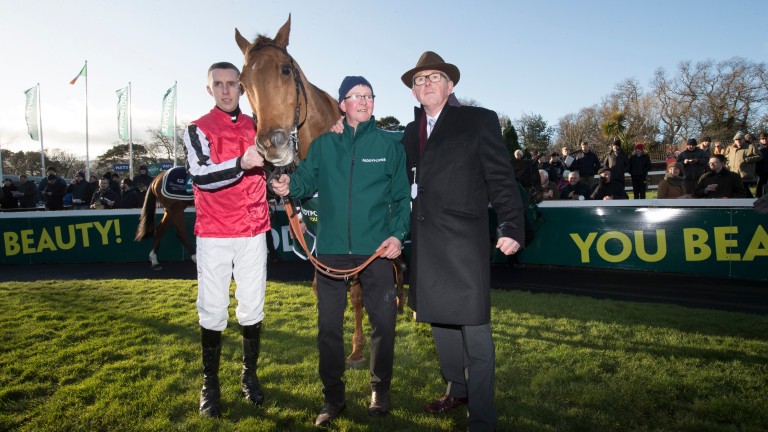 "I jumped the last behind Paul but there was plenty of room for me. When the railing came, Paul came over on top of me. I got one bang early after the fence and there was a significant bang closer to the line that really stopped me.

"He's always run well in this race. Thanks to Davy Russell, he got me the ride on him. I was talking to Brian Harding last night and he told me how to ride him, so thanks to Davy, thanks to Brian and Nicky and the owners too."

Richards said: "Mark has given the horse a brilliant ride. This is the fourth year in a row Simply Ned has run in this race and he's always done us proud. His owner David Robinson loves coming here and we might bring the horse back for the Grade 2 Coral Dublin Chase (February 3)."

Willie Mullins, trainer of Min, said: "The stewards made their decision. It's always tough to lose a race in those sort of circumstances but that's life."

Bookmakers reacted prior to the outcome of the inquiry, with Betfair easing Min to 5-1 from 3-1 for the Betway Queen Mother Champion Chase and trimming Altior into 10-11 favouritism from 6-4.

FIRST PUBLISHED 1:33PM, DEC 27 2017
Mark has given the horse a brilliant ride. This is the fourth year in a row Simply Ned has run in this race and he's always done us proud