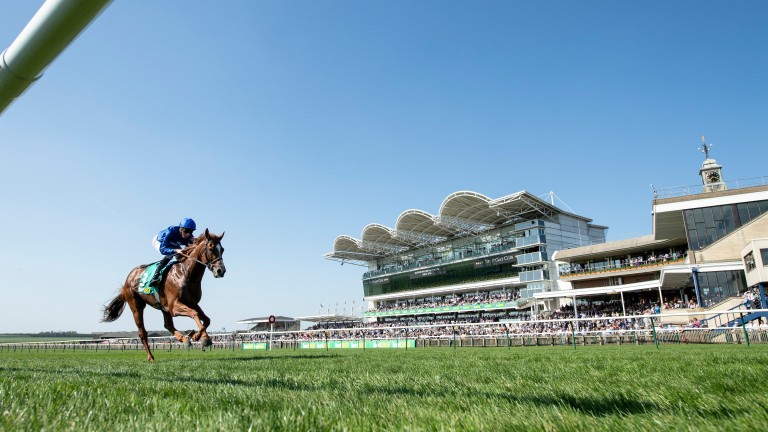 It is not yet certain where Ryan Moore will head on the first Saturday of May, but there is absolutely no doubt the only place William Buick wants to be is Newmarket after Masar transformed himself into a major Qipco 2,000 Guineas contender with a stunning Rowley Mile romp.

All the Classic cash prior to the bet365 Craven Stakes was for Ballydoyle boy Gustav Klimt, one of two obvious mounts for Moore in the unlikely event he chooses not to partner Mendelssohn in the Kentucky Derby.

All the Classic cash after the Craven was for Godolphin's new white-faced wonder, who blitzed his opposition from the front in Newmarket's own trial, prompting bookmakers to slash his Guineas odds from 33-1 to a best-priced 7-1.

"On what we've seen out there I think he's going to be a big contender, for sure," said trainer Charlie Appleby, adding: "He's a live shot, there's no doubt about it." 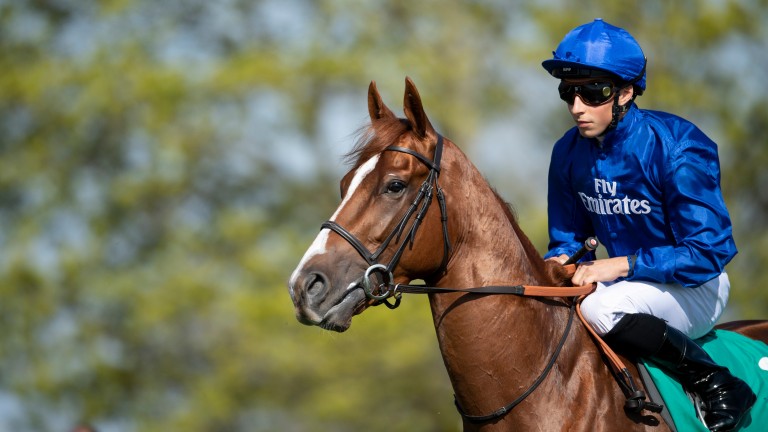 Masar and William Buick before their Craven romp
Edward Whitaker

Masar now looks a very live shot given the way he made all under Buick to defeat White Mocha by nine lengths, with odds-on Roaring Lion – touched off by Gustav Klimt's Guineas-bound stable companion Saxon Warrior in the Racing Post Trophy – a head back in third.

On his own most recent outing last month Masar was beaten 41 lengths on Meydan's dirt. The surface was this time very different but the weather was very similar, and on Newmarket's hottest April afternoon for 70 years the son of New Approach dashed down the hill before dashing back up it, confirming the juvenile promise of his Solario Stakes win, Prix Jean-Luc Lagardere third and unlucky Breeders' Cup sixth.

Those efforts came at a time when Masar was still a raw prospect, so much so Appleby had said at Sandown: "For the championship two-year-old races I'm hopeful we've got some that could surpass him. At three I think he could surpass them. That's how we're treating him."

Appleby, whose Wednesday treble included Soliloquy's Nell Gwyn Stakes success, has been proved extremely right and was understandably beaming in the Suffolk sunshine.

"William said he quickened twice, before the Dip and then up the hill," he said.

"He's got quicker but he's also got stronger. People asked why we gave him a run in Dubai, but that was just to take the gas out of him and put some manners on him. He was always going to be a three-year-old and he looks to be a nice horse.

"We were confident coming into this race that we were a player and that he'd either win or finish second to Roaring Lion. The Guineas route will be foremost in our sights now.

"He was 100 per cent ready in his fitness but he won't be over the top through running today. There certainly won't be any bounce factor!"

There almost certainly won't be any Guineas for White Mocha, whose trainer Hugo Palmer is eyeing a step up in trip. However, next month's Classic could still be on the cards for Qatar Racing's Roaring Lion, whose ante-post odds were lengthened to 14-1. 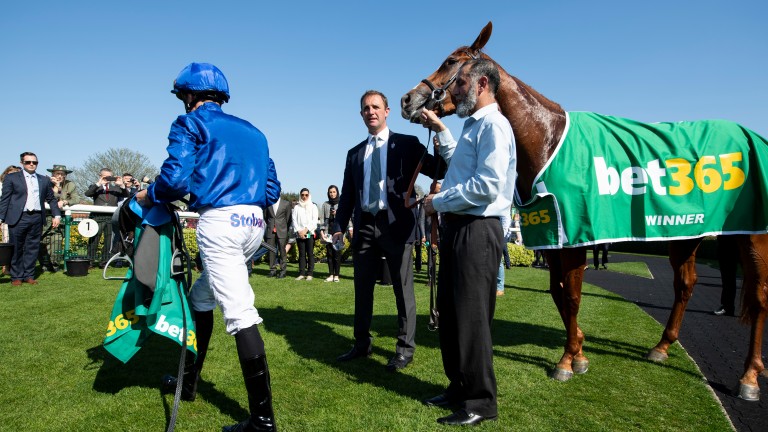 "I'm not too downhearted as it was a bit of a sprint from the three pole and he would be better with an end-to-end gallop," said trainer John Gosden.

"I told the owner he was 80 per cent fit as we've had a hard winter. He could still go for the 2,000 Guineas, which should be run at a better pace. Beyond that he could get further and go for something like the Prix du Jockey Club."

Races beyond a mile could be eventually considered for Masar as well. Right now though, there is only one race on the minds of Team Godolphin.

"He got a soft lead, definitely, but he did put them to bed," said Buick

"He had plenty of experience at two, travelling and running in different styles of racing. You could also make a case he's unlucky not to be a Group 1 winner, as he has had his fair share of bad luck.

"Now he's put it all together. He's the full article and that was an exciting performance."