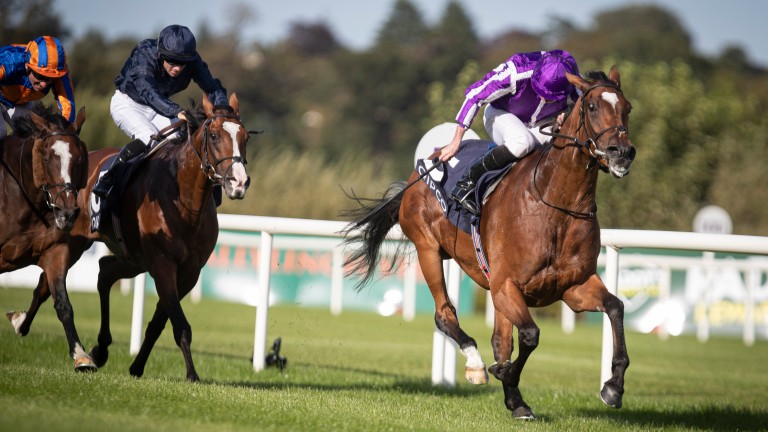 Connections of Sea The Stars and Frankel know that Aidan O’Brien likes to ensure the road to greatness is paved with Ballydoyle landmines so Enable can expect to feel the full might of Rosegreen force when she seeks to carve her own bit of history at Longchamp next month.

Magical, second in three successive Group 1s coming here, did what was expected of her in justifying 11-10 favouritism to secure her third top-level triumph in the Qipco Irish Champion Stakes.

Positioned close to the pace set by stablemate Hunting Horn, the game four-year-old was sent about her business early in the Leopardstown straight by Ryan Moore before quickening away decisively to prevail by two and a quarter lengths. 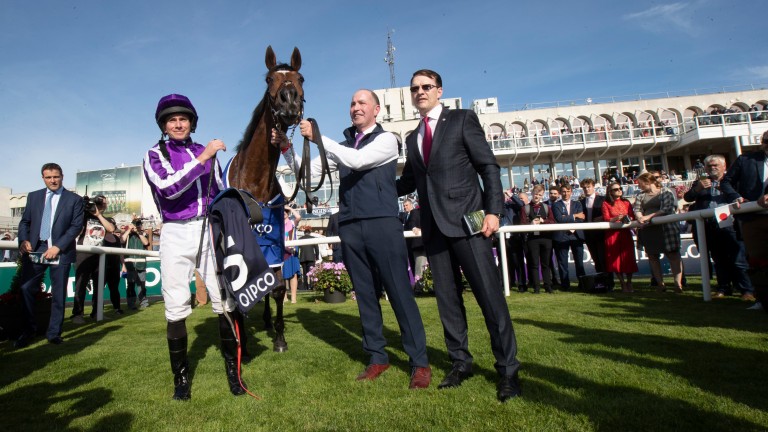 Magical was the eighth filly to win the race and it was also an eighth success for the daughter of Galileo. O’Brien, meanwhile, had been eight years searching for his eighth winner of the race. He did it in typically emphatic style, saddling the first three home in the €1.25 million affair, a feat he first achieved in 2007.

Magic Wand kept on to be second, with the Investec Derby winner Anthony Van Dyck returning to something like his best to hold on for third. His handler indicated he would likely stay in training next year.

The Japanese challenger Deirdre didn't get the clearest passage in the straight before flashing home for fourth.

It was the perfect outcome in so many ways for the Coolmore battalion, but in the debrief you could sense O'Brien remains determined to keep Enable honest.

Japan is already bound for Longchamp on the first weekend in October and Magical is being brought to the boil for a second stab at the race. She was cut to 6-1 third favourite from 14-1 by Paddy Power for the autumn showpiece. 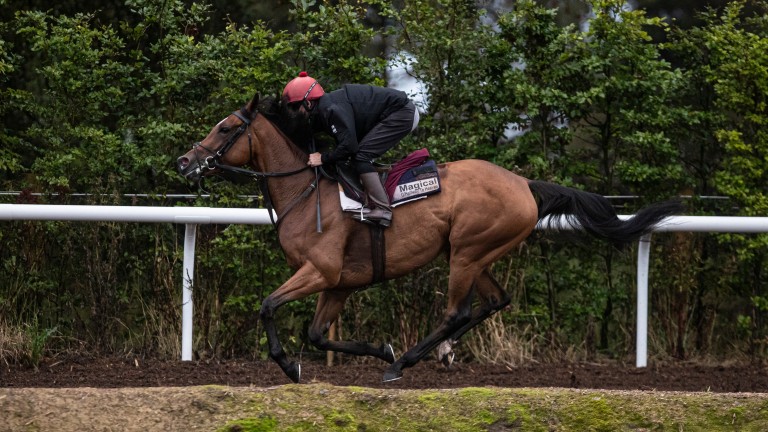 Magical pictured on the gallops at home
Patrick McCann

O'Brien was responsible for the runners-up against Sea The Stars and Frankel an aggregate ten times. He has already saddled the horse to get closest to the mighty Enable six times, with Magical responsible for three of those thankless chores in Group 1s.

The perennial champion trainer remains full of respect for Khalid Abdullah's latest superstar but won't hand her any freebies.

"Obviously it's important when the best horses are around that they run against each other whenever they can, and there is no sidestepping anyone," he said after producing the first home-based winner of the Irish Champion Stakes since 2011.

"That's what makes racing. Everyone wants to see the good horses running against each other, win lose or draw." 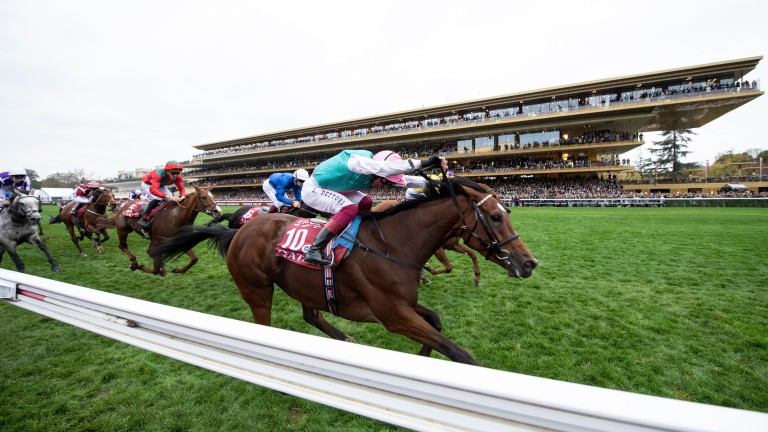 Of the potential for further improvement in Magical, he added: "She was just ready to go to York but she still ran very well. Obviously Enable is a great filly but when we saw Magical run that well, we were looking forward to this and to the autumn after that."

The Breeders' Cup Turf, in which she was such a gallant second to Enable in 2018, is again on the long-term radar, and O'Brien also raised the prospect of Anthony Van Dyck joining her on the plane to Santa Anita after he left his King George flop behind.

FIRST PUBLISHED 4:25PM, SEP 14 2019
Obviously it's important when the best horses are around that they run against each other whenever they can, and there is no sidestepping anyone

'This means a lot' - Donnacha O'Brien overjoyed by French Classic success Bewitched, bothered and bewildered but certain the Oaks should stay on Derby day Fancy that! Diane brings Donnacha O'Brien a first Classic as a trainer at 21 Richard Forristal: a great ride - but McNamara was allowed to do what he wanted Emmet McNamara: from pony racing to an Epsom Derby masterclass Art Power primed to venture into Group 1 company after impressive win