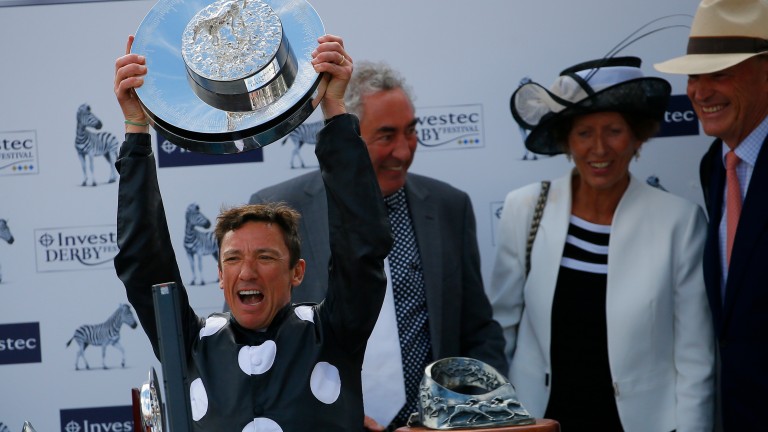 Frankie Dettori celebrates after winning a fifth Oaks on Anapurna
Mark Cranham
1 of 1
By Tony McFadden 7:37PM, MAY 31 2019

A lot can change in a quarter of a century but a Frankie Dettori Classic winner is still celebrated as enthusiastically and exuberantly as ever.

It is 25 years since Dettori steered Balanchine to win the Oaks but the 48-year-old, about whom there were widespread retirement rumours at this meeting last year, still has a unique ability to ignite a crowd. And there was a rare buzz around the Epsom winner's enclosure after he returned aboard Anapurna having won the Classic for a fifth time.

Over the course of a lengthy career spanning 32 years Dettori has become the face of racing. He is well used to the pressure of riding big-race favourites. But following the victory of 8-1 Anapurna, deemed trainer John Gosden's second string, Dettori revealed he had revelled in the low-key build up. 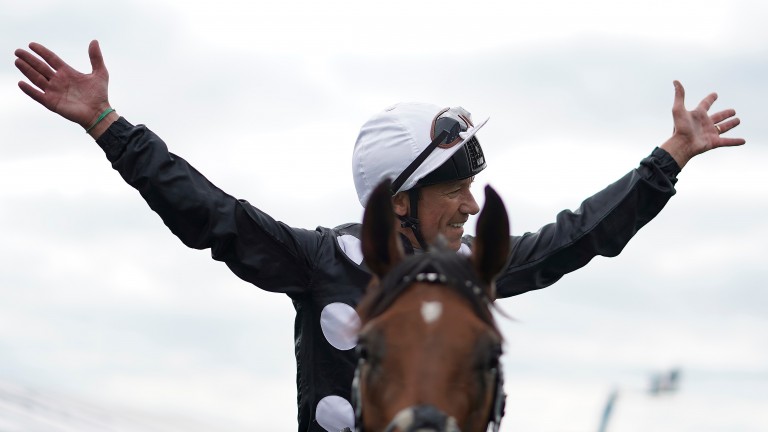 Frankie Dettori: celebrated as enthusiastically as ever after his Oaks success
Alan Crowhurst

He said: "It's a great buzz. It's been 25 years since my first one. When you're not riding a favourite sometimes you are able to enjoy it a bit more because there's not so much pressure. But I knew we had a chance. Thank you, John!"

However, Gosden was keen to set the record straight, that he had not been responsible for the call which saw Dettori on Anapurna and Robert Havlin on the 11-4 favourite Mehdaayih.

He quipped: "Well the owner said Rab Havlin's won three times [on Mehdaayih] so he stays on – I had no choice, old boy!"

It was a tale of contrasting fortunes for Havlin, seeking a first Group 1 success, and Dettori, whose victory took him to 18 British Classic victories.

Gosden added: "Sadly for Rab he met rather a lot of trouble in running – old slippery character here managed to get through the holes."

Dettori, however, had not always been so confident of securing a clear passage. Recalling how the race unfolded, he said: "I tried to float down the hill without using much energy – which was the case – then I tried to look for a gap and thought, 'Oh s***'. While I was still dealing with that Ryan [Moore on Pink Dogwood] and Jim [Crowley on Maqsad] kicked on the outside and I thought they had gone.

He added: "I knew my filly would do her best work at the end but I thought making up three lengths would be a bridge too far. But then she started to motor and I thought I could get there and then in the last 100 yards I knew I had it." 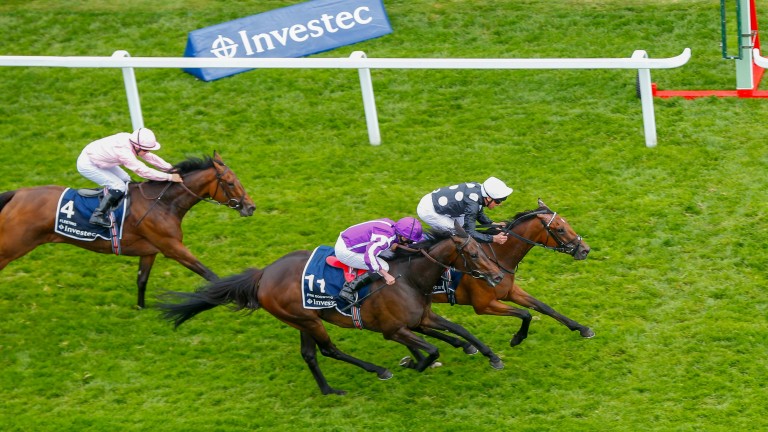 Anapurna: holds off Pink Dogwood in the Oaks
Mark Cranham

Only this week Dettori announced his determination to carry on riding long enough so he could compete in a race against his 14-year-old son Rocco.

Rocco was at school on Friday but representing the Dettori clan at Epsom was the rider's eldest son Leo, 19.

Leo said: "It's really nice watching him win – it gets the adrenaline going. It's great for the whole family."

And beaming with pride when his father held aloft the trophy to raucous applause, he added: "He's such a showman!"

FIRST PUBLISHED 7:37PM, MAY 31 2019
When you're not riding a favourite sometimes you are able to enjoy it a bit more because there's not so much pressure