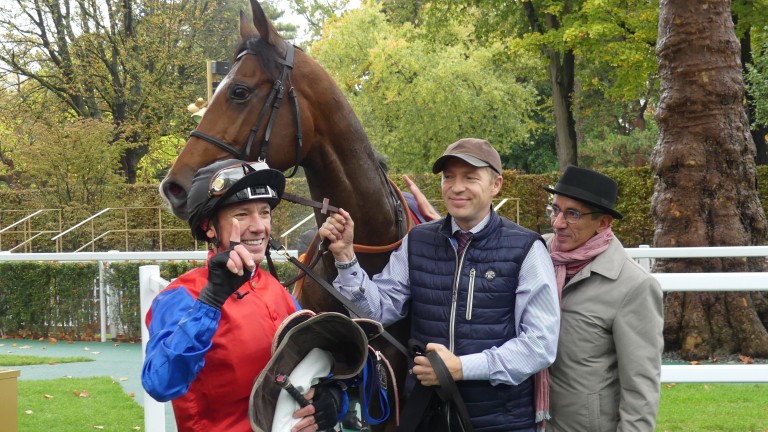 Match races are rare but to have just two runners in a Group 1 sounds like a distant tale from the 19th century.

When the supplemented Lady Penelope somersaulted in the stalls – a truly frightening incident after which both horse and jockey Shane Crosse walked away largely unscathed – it left only two runners following the morning withdrawal of Wichita because of the deep ground at Longchamp.

On the basis of the short head that had separated them in the Prix Jean-Luc Lagardere, the remaining duo of Alson and Armory still had the potential to serve up a thriller.

However, it soon became apparent Alson and Frankie Dettori were far more at home on the very heavy ground, while Armory and Donnacha O'Brien laboured 20 lengths adrift.

Acknowledging the unique circumstances, Dettori said: "I thought the other one was going to make a bit of a race of it but he was beaten at half way. My horse stays, likes the soft and he won like it was a piece of work.

"They were second and third in the Lagardere so they came here with the form but like I said, he likes soft, he likes the track and I suspect the Baron [von Ullman] will target him at the Poule d'Essai next year. He's good enough to give a good account of himself, his form is red hot." 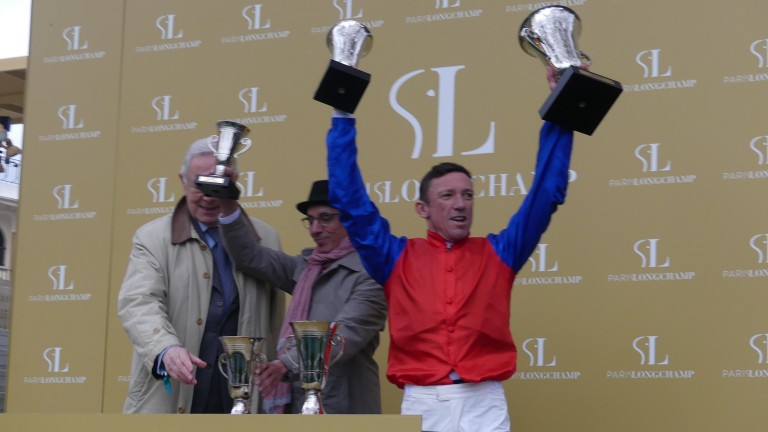 The identity of Alson's trainer for next season will emerge in the coming weeks, following confirmation that the Ullman family's private training centre will be wound up at the end of the season and the Gestut Schlenderhan horses redistributed.

"I will try to get going again somewhere but I don't have any plans at the moment," said French-born trainer Jean-Pierre Carvalho, who was adding to the eight Group 1 winners he has trained during his time at Schlenderhan. "I have heard Alson could be going to Monsieur Fabre but that is not confirmed.

"This is a horse with a lot of talent and we'll see him in the Classics next year."

Undoubtedly the easiest of Dettori's 19 Group 1s so far for the year, Alson continued a good weekend for his Lagardere conqueror Victor Ludorum, who also had Saturday's Criterium de Saint-Cloud hero Mkfancy behind him on his debut.

Donnacha O'Brien confirmed his father's fears when he said of Armory: "It's horrendous ground, plus he got a bit upset when the filly got upset in the stalls so it wasn't ideal. It's disappointing when there's such a small turnout for a Group 1, I don't know where everyone's horses seem to be."

Lady Penelope was beaten under a length in a Group 2 at Maisons-Laffitte and all concerned with Longchamp's final meeting of the year must have been relieved when Joseph O'Brien decided to supplement her for the Criterium Interntaional. 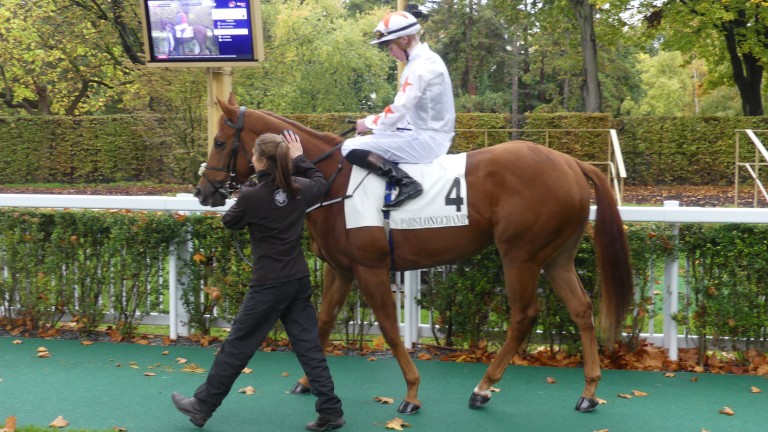 It should also have provided Shane Crosse with a memorable first experience of French racing but in a split second it all disappeared as the filly reared over and became momentarily trapped the wrong way round in the stalls.

"Everything was the same as usual and usually she is a lovely quiet filly so I think it was just a bit of a freak accident," said a disappointed Crosse. "She got a little bit upset the last day in France with Christophe Soumillon but nothing on the scale of that.

"It was a golden opportunity to get some serious black type for the filly and some prize-money but these things happen and unfortunately it was our turn today. I didn't get the best of looks at her but she seems to be fine."

O'Brien and owners Phoenix Thoroughbreds would have been guaranteed at least €10,000 return on top of their €18,000 supplementary entry, but having Lady Penelope return home in one piece will far outweigh any such consideration.

FIRST PUBLISHED 1:17PM, OCT 27 2019
I suspect the Baron will target him at the Poule d'Essai next year. He's good enough to give a good account of himself, his form is red hot

'Frankie called up for the ride' - Dettori continues Chan link at Kempton German Derby next stop on Dettori world tour as rider aims to turn back clock 'I'd have Frankie Dettori on any horse, in any race, on any day of the week' 'He nailed it' - George Baker analyses a masterclass from Frankie Dettori Frankie fights back the tears after racegoers show support for racing's top star The drama continues at the Curragh where O'Brien puts his full faith in Tuesday