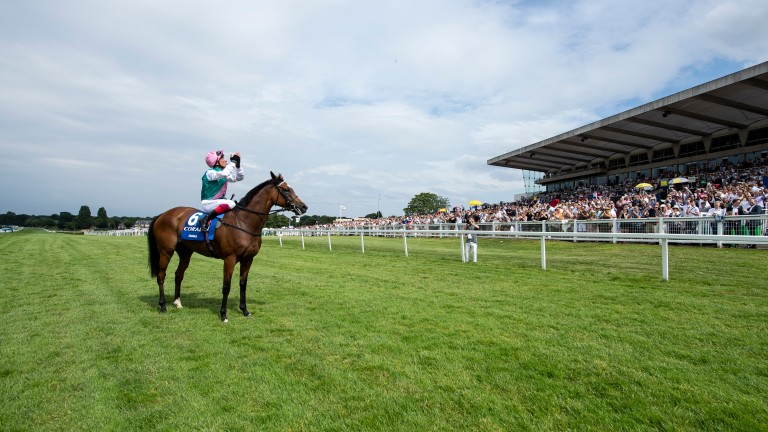 A racecourse that normally saves rapturous receptions for jumping's winter heroes came alive on a sunny summer afternoon graced by a wondermare who returned from a 245-day absence to stamp her name on the Coral-Eclipse roll of honour.

In itself it was a marvellous achievement but it promised so much more, for the raison d'etre behind Enable staying in training at five has been the pursuit of a holy grail. No horse has ever won three Prix de l'Arc de Triomphes. That glorious goal now seems ever more attainable.

After a three-quarter-length defeat of old rival Magical that was more authoritative than the margin suggested, Dettori declared Enable the best horse he has ridden. As a 48-year-old colossus of the sport he has ridden quite a few and, 16 days on from his unforgettable Royal Ascot four-timer, he rode three more winners, each one greeted by enormous ovations. The people adore him. When he rides Enable they adore him even more. 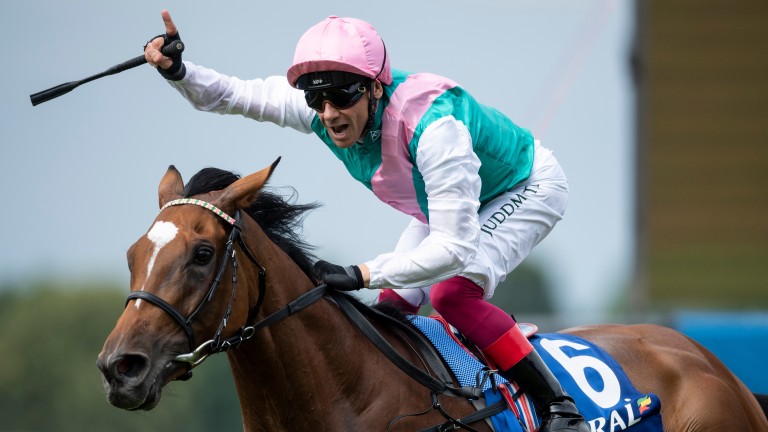 In turn, his affection for Khalid Abdullah's incredible lady is obvious. After passing the winning post he punched the air before stroking Enable's left ear. Then he soaked up the sounds.

"I can't even hear myself talk at the moment, it's amazing," he said. "She's special and this touches me. I love her so much."

John Gosden no doubt feels the same. He loves her and he knows her, which is why he was content to be patient, bypassing first the Coronation Cup and then the Prince of Wales's Stakes. From one morning to the next he waited to see signs the now eight-time Group 1 winner was ready to dazzle.

It was worth the wait. Enable's sire Nathaniel won the Eclipse first time out and now so has his daughter. Running over a mile and a quarter for only the second time – her only career defeat had come at the trip – she sat second behind Hunting Horn before leading over two furlongs from home. From there to the line the result was never truly in doubt.

"As we turned for home she grabbed the bit and she wanted to go," said Dettori. "I was saying to her: 'Let's just wait a little bit – let's get to the two-pole first!' She then quickened and put the race to bed. We were very confident but knew the race would bring her on. What a great filly!

"She has so many gears and an unbelievable will to win. She has everything – the size, the scope and the stride. She can go on any ground and over any distance." 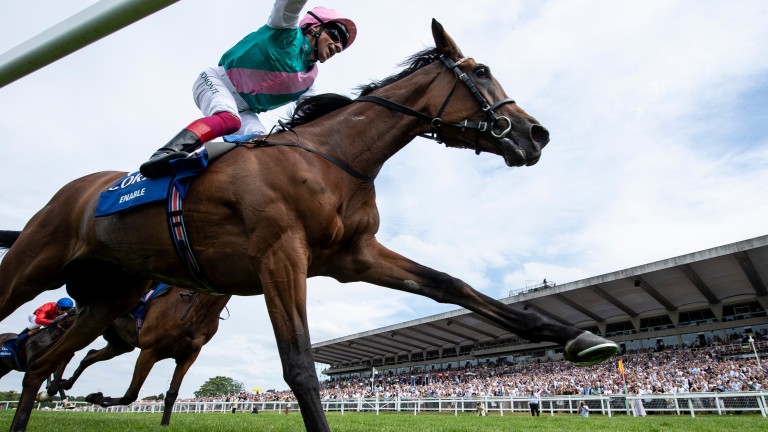 She is, therefore, the top of his personal all-time list?

"I would say so, yes," said Dettori. "She has the best CV of any horse I've ridden. You could argue Golden Horn was better but Enable's longevity has been incredible. Let's enjoy her while we've got her."

One could say the same about the evergreen Italian, who after performing a flying dismount was acclaimed with cheers of, "Oh, Frankie Dettori", belted out to the Seven Nation Army tune that greeted Jeremy Corbyn at Glastonbury two years ago. As they sang, Kerrin McEvoy watched from the weighing room steps, having turned around to see Enable and her jockey afforded the respect they deserve. McEvoy smiled. When he goes home there will be a story to tell.

Gosden told a good one when detailing what happened in the weeks leading up to Enable – who he assessed here as no more than 90 per cent fit – joining Pebbles and Kooyonga as an Eclipse heroine.

"It's great to have her back," he said. "She's very competitive but that didn't really begin to show until the last 14 days, at which point suddenly the edge came back. It was very apparent in the way she was carrying herself and her behaviour. If you now go in her box you know it's her space and if you mess around in there she'll split you in two.

"Before that she was doing everything perfectly but the hunger wasn't there. She was just going through the motions. She wasn't concentrating but then she became fitter, quicker and sharper, just like a boxer. She suddenly went into the zone.

"Any of the professional tennis players will tell you that you have to get back into that zone. She came back into it over the last two weeks. You need to have incredible mental strength, like tennis players when it's six-all in the fifth set. The great athletes and the great horses have it – and she has it."

She has it and we will next see her using it at Ascot on July 27 when she seeks to regain the King George VI and Queen Elizabeth Stakes. After that it will be York – Gosden prefers the Yorkshire Oaks to the Juddmonte International – and then the Arc, in which she will attempt to do what even Treve could not do four years ago. 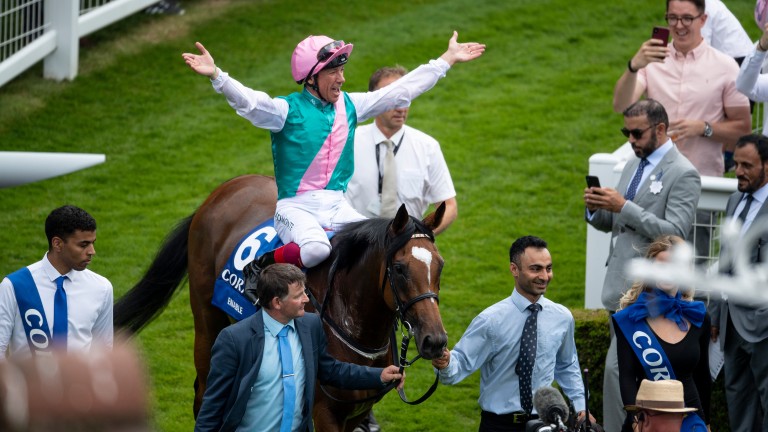 Should she make it to Paris on October's first Sunday, she will be the one being cheered loudest, just as Abdullah's racing manager Teddy Grimthorpe observed young tennis sensation Coco Gauff was cheered loudest ten miles away at Wimbledon on Friday.

"She is very loveable," said Grimthorpe of Enable. "I think the sporting public take to humans like Coco and horses like Enable. They love these girls who put it all on the line and come good. She's now getting into the people's psyche. It all adds up to a great story."

Now, following this happy day, we move closer to what would be one of the very greatest stories.

"The Arc is always in the back of our minds," added Grimthorpe. "The whole reason for keeping her in training is to try to make history. She has taken the first step towards making it."

FIRST PUBLISHED 7:08PM, JUL 6 2019
If you now go in her box you know it's her space and if you mess around in there she'll split you in two

Ryan Moore: 'I try not to offend anyone but for me it's always about the horses' 'We love you Hollie' screamed a racegoer - and Goodwood Cup day needed her 'No-one can cope with that volume of rain' - Sandown's evening card abandoned Hollie Doyle rides: can Group 1 star keep up her flying form at Sandown? 'The more rain the better for Trueshan' - trainer quotes on the Group 1 Frankie and Stradivarius aim to play familiar tune for returning faithful