Is Blaklion the new Red Rum? Twiston-Davies compares his hero to Aintree great 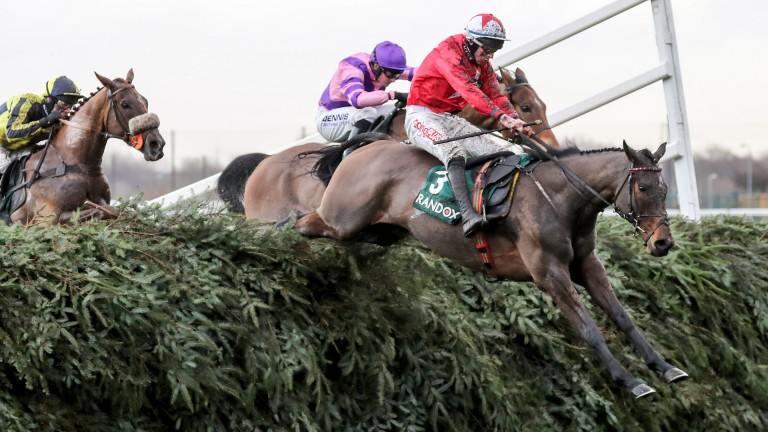 Nigel Twiston-Davies was moved to make quite an observation after watching Blaklion put up a faultless display in the Randox Health Becher Chase, as he compared his clear-cut winner to the greatest Aintree hero of them all, Red Rum.

The eight-year-old, ridden with more restraint than when a fading fourth in the Grand National last April, came home a nine-length winner under Gavin Sheehan, and his trainer said: "He's got this Red Rum-type of way of getting over the fences – he's small but very agile and accurate.

"I'm sorry to use his name but he reminds me of Red Rum, although he's got a lot do to be anything like him!" 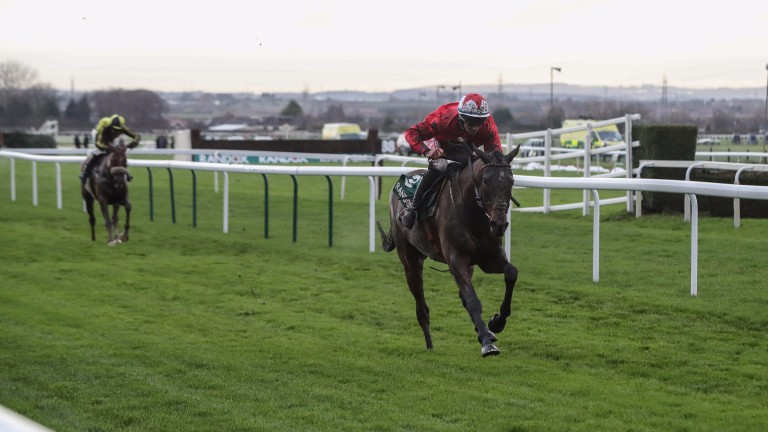 Blaklion scores with authority, seeing of The Last Samuri by nine lengths
JOHN GROSSICK (RACINGPOST.COM/PHOTOS)
Blaklion, scoring his first win since the RSA Chase at Cheltenham in 2016, had been all the rage for this race since chasing home Bristol De Mai in the Charlie Hall Chase at Wetherby – and being dropped in the handicap as a result.

You didn't need to be Tom Segal to know he was appalling value at just 7-4. That's the price for the favourite in the Derby, not a race over 21 of the most famous fences in the world, taking on 14 other rivals all primed for a £145,000 handicap.

He added: "It's what we hoped for and what we expected. It's a great relief, they are a worry those fences and I have a brilliant jumper in Ballyhill who fell here earlier on. It's lovely when they get round like that."

He's no 7-4 shot - yet - but Blaklion is clear favourite in all lists for the National and that is very much his target.

"He was beaten only eight lengths last year and he has another year under his belt," said Twiston-Davies. "Other things will pop out of the woodwork I'm sure but he must have a very good chance if we ride him with more restraint like we did today.

"He will probably wait until the Grand National Trial at Haydock, then the National."

He'll be back in April

The 2016 runner-up The Last Samuri, trained by Kim Bailey, was also cut in price for the National after finishing second under top weight of 11st 12lb here.

Jason Maguire, racing manager to owners Paul and Clare Rooney, said: "I'm delighted, he was giving a Grade 1 winner 6lb in that ground. I'll speak to Kim Bailey but he may have another run over hurdles before the National."

However the National may not be the target for 2015 Becher Chase winner Highland Lodge, runner-up last year, who jumped the fences with his usual aplomb and took third place.

"I was delighted with Highland Lodge," said trainer James Moffatt. "He jumped fantastically. He's been first, second and third in this and I'm very proud to be associated with him.

"The National may be too far for him and the Topham is a possibility, but Mr [Chris] Richardson from Cheveley Park Stud has suggested we may have a look at the Cross Country Chase at Cheltenham; Henry Brooke is very keen." 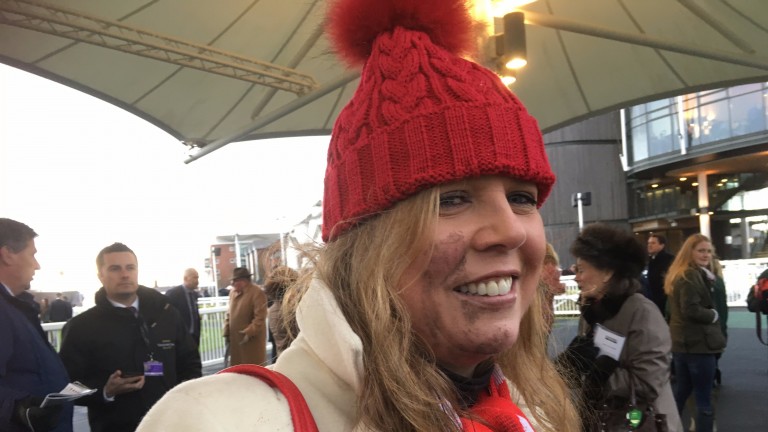 The only hiccup for winning connections was the headbutt that Blaklion gave part-owner Sarah Such in the winner's enclosure, although fortunately she was left nursing nothing more than a muddy face.

"I was patting him and he just swung round and hit me with the side of his head," she said. "I'm eating dirt but I'll be fine - somebody said I shouldn't wash it until the National!"

Seven weeks of heaven for Twiston-Davies

Look back on a sizzling year of racing in the new edition of the Racing Post Annual, which has 208 colour pages packed with the best stories and pictures of 2017. Order now here or call 01933 304858

FIRST PUBLISHED 1:44PM, DEC 9 2017
He's got this Red Rum-type of way of getting over the fences, he's small but very agile and accurate