The Grand National CALM AND COLLECTED

BHA chief executive Nick Rust hailed the efforts of all the jockeys involved over the three days of the Grand National meeting on Sunday, the high-profile fixture having passed off largely without incident.

No bans for whip use, or any other riding offence, were handed out after the conclusion of the 40-runner highlight won by Tiger Roll, and while the Grand National was subject to a standing start following a false start, stewards were satisfied no jockey had contravened the starting procedures.

Rust said: "Our thanks and congratulations go to our participants. Our jockeys – both professional and amateur – rode exceptionally overall, putting the care and welfare of our horses above everything else, and were fantastic ambassadors for the sport." 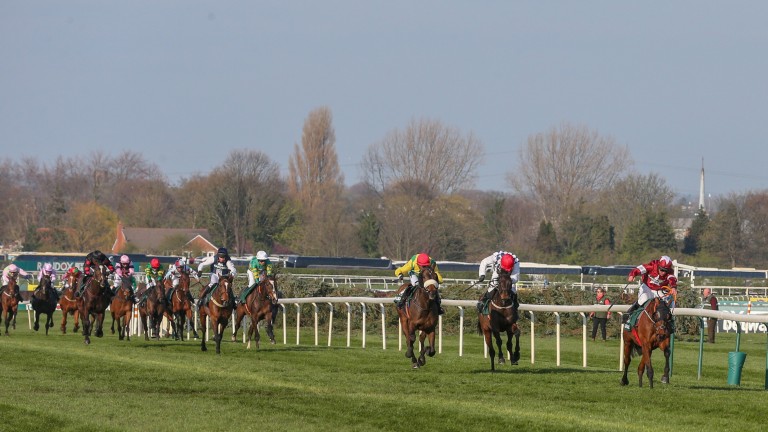 It was noticeable how the Grand National was run at a steady gallop, which helped contribute to 37 runners still being in contention entering the final circuit.

The first fence had to be missed out second time around with the fatally injured Up For Review being attended to, and as a result the field had to concertina into a small gap to the right of the fence.

A potentially tricky situation was calmly dealt with by the riders and Richie McLernon, who at the time was prominently placed aboard Minella Rocco, said: "There were no problems getting around the bypassed fence as we could all see the markers in it and we had plenty of time to get ourselves organised.

"It all went very smoothly as there were no shouts that anybody might be short of room."

Rust, meanwhile, also praised the professionalism of trainers and spoke of his delight at how well the National meeting had gone in general.

He said: "Trainers and their teams of staff once again participated openly in the pre-race check process and we're grateful for their support and cooperation. 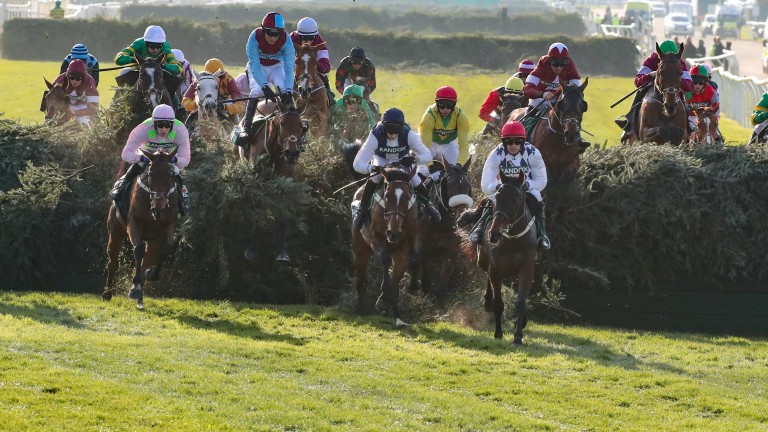 “The Grand National festival always provides some wonderful stories, but the last three days have been exceptional, culminating in Tiger Roll’s remarkable follow-up success, a performance that will go down in history.

“Following off the back of a memorable Cheltenham Festival, jump racing has shown in the last few weeks why it holds such a special place in British society."

Up For Review's death was the first in the Grand National since 2012, and Rust added: "It's obviously sad when we lose any horse, but it's important to note the Grand National festival, and the big race itself, have a very strong recent record since the measured changes implemented by the course and BHA following the review in 2011.

"As you'd expect, and as is the case after every race run under the rules of British racing, we’ll look at the incidents that took place, gather information about them and build any relevant learnings into future regulatory policy."

FIRST PUBLISHED 6:20PM, APR 7 2019
It all went very smoothly as there were no shouts that anybody might be short of room

Robbie Dunne bolsters his legal team for appeal against 18-month ban Gina Mangan suspended for 24 days under totting-up rules after whip ban inquiry British racing needs a complete rethink if it is to make up lost ground 'A cause for concern' - NTF chief fears damage small fields are doing to racing 'I should have checked' - trainer fined after buying wrong horse in sales mix-up 70,000 crowd expected again as Grand National returns to £1m prize-money mark