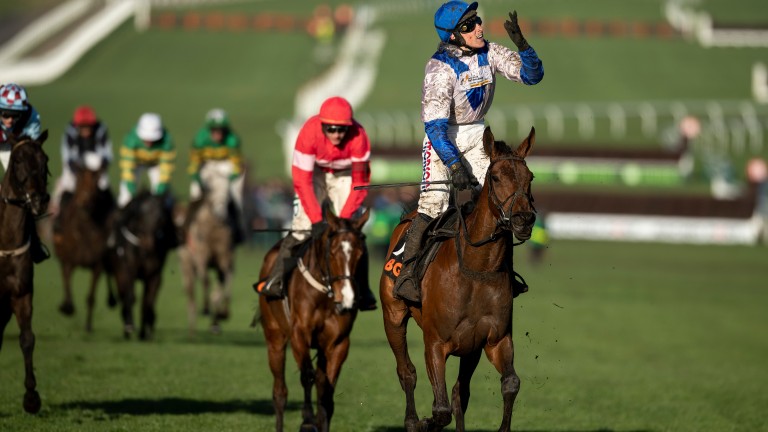 Harry Skelton can't believe his luck as he and Roksana win the Mares' Hurdle
Edward Whitaker
1 of 1
By Tony McFadden UPDATED 6:58PM, MAR 12 2019

A "difficult week" for owner Rich Ricci was compounded in dramatic style when his odds-on favourite Benie Des Dieux fell at the final flight in the OLBG Mares' Hurdle, leaving the path open for Roksana to take advantage and provide Dan and Harry Skelton with their first Grade 1 success.

Ricci, the former investment banker who has been associated with many top-notch jumpers, including Annie Power, who memorably came down at the same obstacle with the Mares' Hurdle similarly at her mercy four years ago, referenced the backlash he had received over the decision to void ante-post bets after BetBright sold its sports betting platform to 888 Holdings for £15 million.

The owner, who had been the firm's executive chairman, admitted he had "taken stick" over the decision, and was emotional in the aftermath of Benie Des Dieux's exit.

He said: "I just don't know what to say. The mare's okay, that's the most important thing. She was going very well, she's a very good mare.

"Her getting up is the most important thing. This game is tough. The fact she got up should make everyone happy. It's been a difficult week."

Ricci's agony contrasted starkly with the joy evident in the voice of Dan Skelton, whose Roksana had seemed booked for second when Ruby Walsh cruised into the lead on the Willie Mullins-trained Benie Des Dieux, who had won the race last year, but took full advantage when opportunity knocked.

Skelton, who knows Walsh from their days with Paul Nicholls, said: "I've a lot of respect for Ruby, he taught me so much when I was with Paul, but it's racing. He'll get up, dust himself down and have winners for the rest of the week. He's the winningmost festival rider of all time." 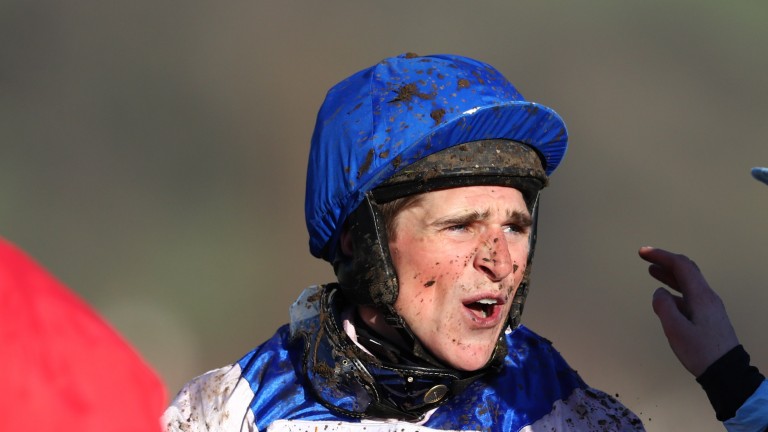 Roksana was giving Skelton his third Cheltenham Festival winner, after County Hurdle successes with Superb Story and Mohaayed, and a big run had been expected from a mare targeted at the race since the autumn.

"We were getting her ready for the Long Walk but she pulled a muscle in the autumn and I said rip up the plans and have one race before the Mares' Hurdle at Cheltenham," said the trainer.

"What gave me a lot of confidence was Native River winning the Gold Cup on the back of one run. It showed it could be done."

He added: "Last night it felt like Christmas Eve. I didn't say anything to anyone as I didn't want to look like an optimistic fool but I just thought, 'This lot are in good health'. A lot of their preps had gone well.

"I'd won a couple of races on the Friday before and you go racing knowing you have only a couple of darts left. To do it on the Tuesday means you can go and enjoy three days now! It just relaxes things."

The winner triumphed by two and a quarter lengths, beating Stormy Ireland and Good Thyne Tara, both stablemates of Benie Des Dieux.

Benie Des Dieux touched a low of 1.03 in running, highlighting the grip she had on the race approaching the last.

FIRST PUBLISHED 4:23PM, MAR 12 2019
Benie Des Dieux travelled smoothly into contention before a dramatic error cost her the chance of retaining her title

Henry de Bromhead: Journey With Me isn't a certain Dublin Racing Festival runner 'Get him in the portfolio now - I think he's well up to giving Fil Dor a race' 'We're in a great position' - Constitution Hill owner relishing Supreme mission 'Fil Dor goes for the Triumph' - 5-2 favourite on target despite Supreme entry How many will Henderson and Mullins run? Four talking points from the Supreme 'Hillcrest could be best of the home team' - four hot Albert Bartlett topics