Big-race Reports ON THE CLOCK 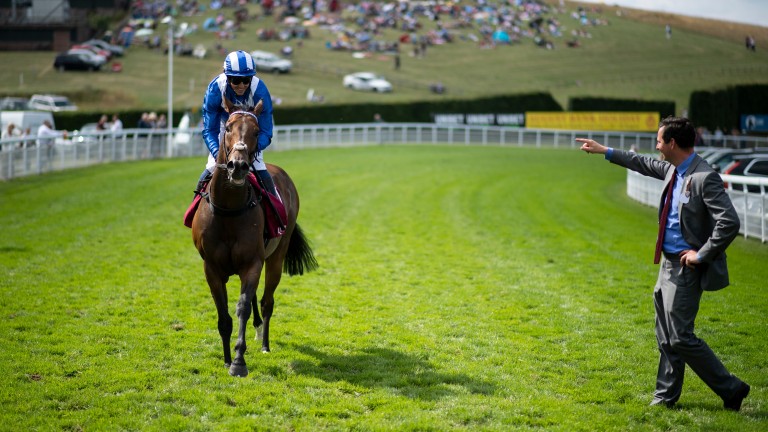 Blistering, brazen and the boss. There is no beating Battaash at Goodwood and the fiercely fast five-year-old clocked speeds approaching 50mph on the way to his historic third King George victory.

Battaash peaked at 48.63mph during the second furlong of the five-furlong dash, such speed that he readily outpaces the 27.8mph record of Usain Bolt at the World Championships in 2009, pushing to a quarter of the max speed of a Lamborghini Gallardo and three-tenths as quick as a military helicopter at full pelt.

He would be in trouble keeping to the 30mph Lambourn road speed limit.

Charlie Hills’s stable star averaged around 40mph across the five furlongs, sealing a second course record of 56.20 seconds since the Britain-wide remeasurement of racecourses concluded in 2017.

Clerk of the course Ed Arkell believes the largely downhill straight course plays perfectly to the strengths of the seven-time Group scorer and that he revelled in the feature race on day four.

Arkell said: “Battaash seems to get rolling so early here on the sprint course and it’s just a joy to watch him.

“You start on the rise from the five-furlong marker then dip down to the three and a half furlong point from there, so it’s a course that suits a horse with a lovely freewheeling nature as it's flat from there on in and away you can go.

“Houtzen gave it a good go and ran really well in second but it was great to see Battaash record his third successive win, just like Stradivarius achieved earlier in the week.” 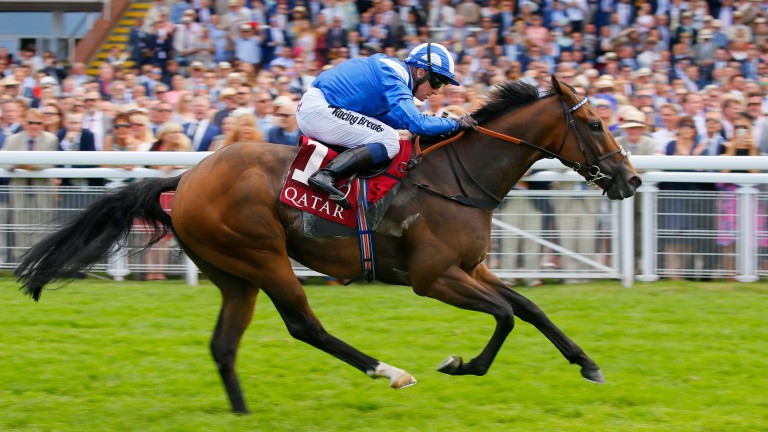 It was in the same second furlong that Battaash recorded his top speed of 46.41mph last year – figures courtesy of Course Track – and Arkell praised the Lambourn trainer’s team for bringing him back to the West Sussex track in top order year after year.

Arkell said: “Both horses have great followings and it generates a fantastic buzz when they return here each year. Flat racing in particular needs to see these horses as this is what creates such excitement.

“To train any horse to win a race once is an achievement, but to train Battaash at that level for three years on the bounce is a testament to Charlie [Hills] and his team, and likewise John [Gosden] with Stradivarius.”

FIRST PUBLISHED 6:29PM, AUG 2 2019
It's a course that suits a horse with a lovely freewheeling nature as it's flat from there on in and away you can go

'I thought of giving up. Then I had Salsabil, Dayjur and got another ten years'