Laurina: the hot favourite for the Listed mares' hurdle at Sandown on Saturday
John Grossick (racingpost.com/photos)
1 of 1
By Stuart Riley UPDATED 7:05PM, JAN 4 2019

It is the first weekend of the new year, a time when participation in park runs across the country swells as those that have overindulged over the Christmas period – or have been less active than ideal for a while now – resolve to do something about it.

At Sandown one equine star will do the same, as Laurina – currently the 5-1 second favourite behind Buveur D'Air for the Unibet Champion Hurdle – hauls herself off the sofa and dusts off her running shoes for the first time since April Fools' day.

It is a tale of old and new as Laurina, the coming force in the Champion Hurdle division, and those vying to add their name to the stellar honour roll for the Grade 1 Unibet Tolworth Novices' Hurdle grace a card on which the emotive highlight will come a little later in the form of the final of the 2018 Veterans' Chase series.

As many as 17 horses with a combined age of 199 and 609 career starts under rules will compete for £100,000, which is probably a fraction of the money punted on them over the course of their long careers. You would do very well to find a punter who has not backed at least one of them at some stage in the last ten years.

Three races from Wincanton complete the ITV4 coverage which finishes with Sandown's 32Red.com Handicap Hurdle at 3.35.

Today's big question is whether Laurina can develop into a Champion Hurdle contender. Samcro's failure to fire this season means she is the only other horse at a single-figure price in the ante-post market and should she do anything less than win impressively then Buveur D'Air may once again harden.

She faces three rivals and has to concede just 3lb to horses rated between 17lb and 23lb her inferior. She will have to do it well, but the racing world will still watch her return with anticipation as she attempts to provide some credible opposition to a horse that looks far more beatable now than was the case before his own festive defeat. 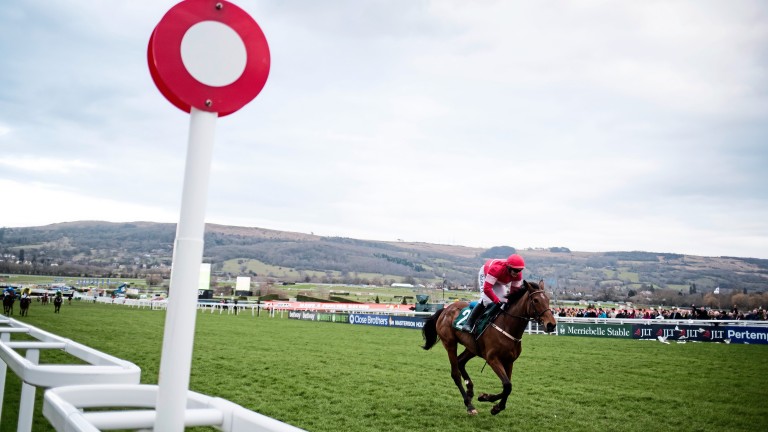 It will be hard for Laurina to enhance her reputation, given the opposition, but she can confirm her status as the number-one contender simply by turning up and doing what she does best. Bigger tests await, but the fact Ruby Walsh goes all the way to Sandown for just one ride tells you plenty about where the camp hope she can take them this year.

The return of a major Champion Hurdle contender is overshadowing the day's Grade 1 for two reasons. First, because of the dearth of opposition to Buveur D'Air and punters' desperation for something to provide a challenge for his third Champion Hurdle, and second because the Tolworth is a race that highlights potential stars – but we generally do not know who they are until it is run.

The recent honour roll is littered with horses who have subsequently added to their Grade 1 tally at the big spring festivals – quite often they have been short-priced favourites, trained by Nicky Henderson, or both. And this year's favourite Rathhill is from that mould.

Henderson has some crack novices this season. Angels Breath and Champ, favourites in the ante-post markets for the Supreme and Neptune/Albert Bartlett respectively, but asked if Rathhill was among his best novices this season, Henderson replied: "I do, I think he's a very promising horse, yes."

The numbers surrounding the veterans' chase combatants are crazy. They have 120 wins between them, £2,443,214 in total prize-money and have covered 1,407 miles (and six furlongs) – which is the distance from Sandown Park to Minsk, Belarus.

However the big numbers do not stop there. With £829,983 in the win fund and a bonus pool of £637,448, the Totepool are predicting Saturday's Scoop6 could be worth £2 million – should one lucky punter negotiate the six fiendishly difficult legs and knock off next week's bonus race for good measure. 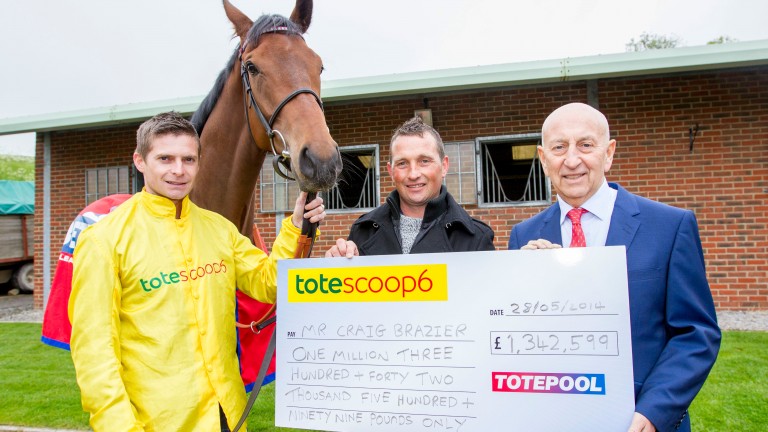 The Unibet Veterans' Handicap Chase is one of those six races and the last two winners, Buywise and Pete The Feat, are joined by the likes of dual Grade 2 victor Houblon Des Obeaux and perennial Hennessy placegetter – back when it was the Hennessy – Theatre Guide.

The first weekend of the new year means the second big test for Racing TV and Sky Sports Racing in their new guises. 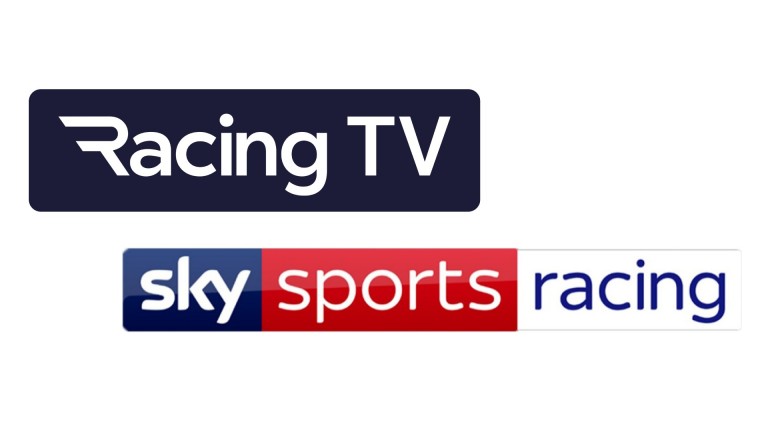 Of course, like on New Year's Day, a lot of the pressure on the new services will be alleviated by the majority of viewers tuning in to Ed Chamberlin and crew, who will be on ITV4 today and covering four races from Sandown and three from Wincanton.

ITV's main commentator Richard Hoiles is on duty at Sandown on Saturday and is already cursing his luck, as horses whose names range from the inappropriate to the downright impossible to pronounce.

Fukuto in the first. Smaoineamh Alainn in the Mares. Monsieur Lecoq in the last. Oh what joy @Sandownpark tomorrow.

Hoiles took to Twitter on Friday to express his consternation at the presence of David Bridgwater's Fukuto – which apparently means sweat in Japanese – in the first and the Jane Williams-owned and
-trained Monsieur Lecoq – Mr Rooster in French – in the last.

In between Robert Walford saddles Smaoineamh Alainn, who is possibly the only horse in Britain who is easier to saddle than pronounce. It is Gaelic for beautiful thought, although the thoughts Hoiles will be having in the build-up probably are not beautiful and if ever a commentator has wanted a horse like Laurina to come out and not see another rival this is probably it.

FIRST PUBLISHED 6:08PM, JAN 4 2019
She faces three rivals and has to concede just 3lb to horses rated between 17lb and 23lb her inferior

'He doesn't act his age' - veteran 12-year-old Mr Mafia continues hot streak Ryan Moore: 'I try not to offend anyone but for me it's always about the horses' This race is all about one horse but is the hot fancy too good to be true?