Daniil Medvedev can rise to the top in Toronto 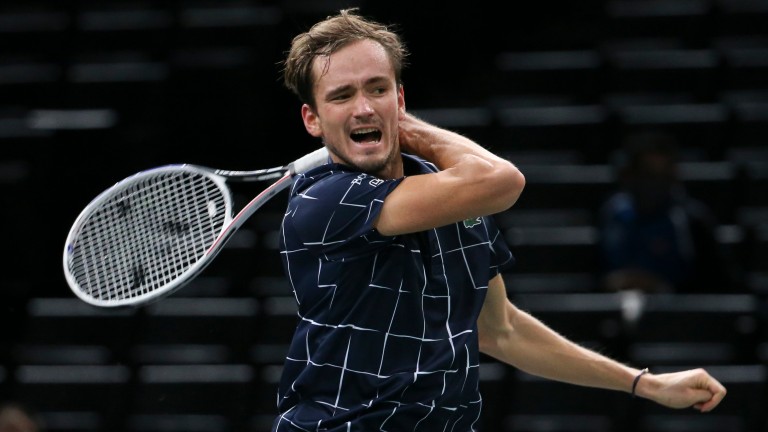 The cream tends to rise to the top in the ATP Rogers Cup and Rafael Nadal will be hoping it can again when he takes to the court in Toronto seeking a hat-trick of wins.

The super Spaniard is a five-time winner of the Canadian classic and reigned supreme in each of the last two to be staged in 2018 and 2019.

But the 35-year-old’s levels have declined somewhat recently, particularly on a hard surface, and his final victim of two years ago, Daniil Medvedev, may be able to exact his revenge

Nadal was unable to clinch his 14th French Open title in June as he was defeated by Novak Djokovic in the semi-finals, and he flattered to deceive on his reappearance in Washington last week.

Having been taken the distance by Jack Sock in his opener, the top seed then crashed out in three sets at the hands of Lloyd Harris, and big improvements are required for him to figure this time around.

World number one Djokovic and reigning US Open champion Dominic Thiem were notable withdrawals from Toronto, while Olympic gold medallist Alexander Zverev has also elected to skip competition in the Great White North.

That may leave Medvedev, who was runner-up here two years ago and is evidently at his best on this terrain, as the man to beat.

The Russian's last two appearances in the US Open have seen him reach a final and semi-final, while he also finished a game runner-up in the Australian equivalent in February.

As well as avoiding Nadal until the final, Medvedev has swerved the challenge of Stefanos Tsitsipas and Felix Auger-Aliassime.

The biggest obstacle in the way of Medvedev before a title tussle may be Andrey Rublev, although the top seed leads his fellow Russian 5-0 in previous meetings.

The women's event, which takes place in Montreal, has also attracted a stellar field and world number three Aryna Sabalenka has been installed as tournament favourite.

However, things look tough from the get-go for the big-hitting Belarusian, who could face 2017 US Open champion Sloane Stephens in the second round before a potential clash with 16th seed Madison Keys.

Successful compatriot Viktoria Azarenka and Greek starlet Maria Sakkari are also in her section of the draw, so it could be worth looking elsewhere in a bid to get value for money.

With the second quarter containing two former world number ones in this season's Wimbledon runner-up Karolina Pliskova and two-time Grand Slam heroine Garbine Muguruza, it is the bottom half of the draw that looks the easier to unlock.

The standout selection is Elina Svitolina, who has made at least the quarter-final stage of this tournament in her last three attempts, taking the title in 2017.

The Ukrainian third seed showed she was in decent nick when winning the bronze medal at the Olympic Games last time out and has a good draw to work with.

Simona Halep and Bianca Andreescu are both coming back from long layoffs, which could open the door in the bottom quarter for the fast-improving Ons Jabeur.

The talented Tunisian is a two-time Grand Slam quarter-finalist, including at Wimbledon last month, and she claimed her first WTA Tour title in Birmingham in June, so has shown she knows how to get the job done.

Jabeur is going from strength to strength and 50-1 may seriously underestimate her title prospects.