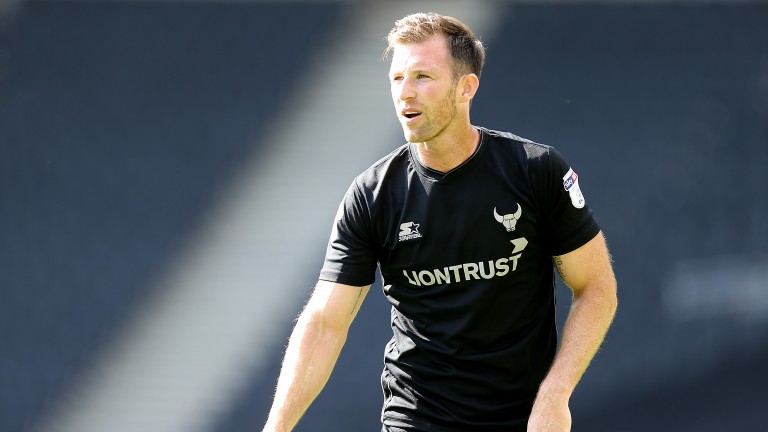 The 1-1 draw at Stadium MK was a fair result after a hugely enjoyable contest and it was also difficult to argue with Oxford United manager Pep Clotet's post-match tweet.

He wrote: "We played some very good football in spells and are on the right track to ensuring these are more sustained."

The "very good football" Clotet is referring to came in a blistering opening 25 minutes when former Dons winger Rob Hall silenced the boo-boys with an excellently taken goal following superb combination work involving Jack Payne and a more substantial lead would have been deserved.

The powerful Jon Obika was bullying the Dons defence and forced a couple of saves while Hall, James Henry and Ryan Ledson also had efforts in an attempt to double Oxford's advantage.

At the heart of their ace start was the petite Payne. The on-loan Huddersfield number ten was pulling the strings behind Obika and for the opening 20 minutes or so no Milton Keynes player could get near him.

Payne went into the game with the joint-most Sky Bet League One assists this season (three) and added another on Saturday. This season he had created a chance on average every 112 minutes which was third-best in the division before the weekend fixtures.

Unfortunately for Clotet, Payne drifted out of the game, coinciding with a sustained spell of Dons dominance either side of half-time which resulted in Callum Brittain's fine equaliser.

Obika took the wrong option in shooting when team-mates were better placed and speedy sub Gino van Kessel raced around keeper Lee Nicholls but lost control of the ball in the process.

Given that it is only five league games into Clotet's tenure it is reasonable to expect a more consistent level of performance to come as the season progresses, making Oxford fair runners to improve on last season's eighth place.

Deadline-day signings Alex Mowatt and John Mousinho, who both dropped down from the Sky Bet Championship, were not involved but are expected to improve the side in time and skipper Curtis Nelson will soon be back from injury.

The Nelson-Mike Williamson centre-back pairing is strong at this level, Joe Rothwell and Ledson looked balanced in central midfield, while Obika's movement caused the Dons many problems.

Payne is the one who can do something special and open teams up but the lightweight 22-year-old needs to find a way of keeping the performance levels up for 90 minutes.

Hall was a much more dangerous threat than fellow winger Henry, who should also have done better defensively for Brittain's leveller, but overall both of these sides should be looking at the playoffs.

MK Dons are worthy of a mention. They gain plenty of respect in the betting markets and on the evidence of this encounter are way better than their lowly early league position suggests despite managing only two shots on target.

Boss Robbie Neilson has been battling an early-season injury crisis but when their goal threats return - last season's top scorer Kieran Agard, new signing Osman Sow and Chuks Aneke were all missing on Saturday - expect the Dons to rattle up the division.