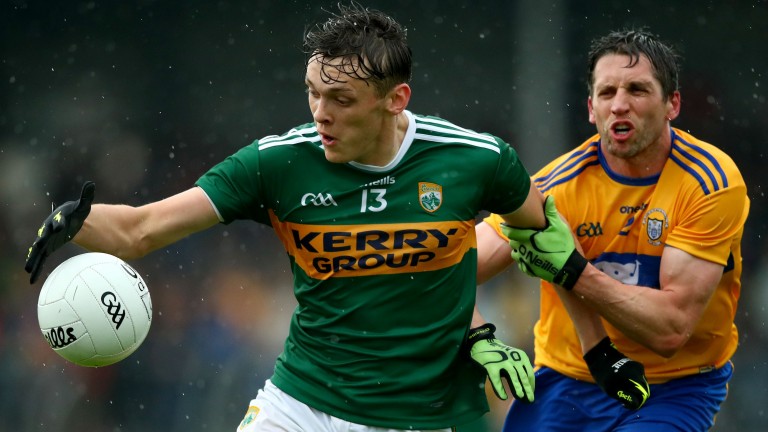 Free GAA football tips, best bets and preview for a major weekend with the Connacht and Munster titles up for grabs.

Mayo have racked up 8-43 in their wide-margin wins over Sligo and Leitrim so that would suggest their attacking options have not been compromised by the absence of Cillian O'Connor. But a Connacht final against Galway at Croke Park could see some cracks emerge.

Tommy Conroy, Darren McHale and Ryan O’Donoghue make up the full-forward line in the absence of O'Connor and all three have impressed in recent weeks, but it's hard to feel confident that the three will contribute eight or nine points between them.

Diarmuid O'Connor brings some experience to a half-forward line which includes Aidan O'Shea, who has been named at number 11, but this Mayo attacking unit has plenty to prove.

Mayo, with Cillian O'Connor in the side, galloped into an early 0-5 to 0-1 lead in last year's provincial decider but found themselves clinging on for a 0-14 to 0-13 win.

Galway, despite relegation to Division 2 of the league, look to have improved in the interim. Shane Walsh and Damien Comer have no shortage of big-game experience, while Robert Finnerty has become a reliable point-builder.

Matthew Tierney contributed 1-3 against Roscommon and Galway's performance there deserved more credit than it got.

The post-mortem was all about how poor Roscommon were but, on a wet and windy Sunday afternoon, Galway outplayed the hosts at Dr Hyde Park and were full value for their five-point win.

If you erase their league opener against Kerry from the formbook, Galway have performed quite well in 2021. They did particularly well against Dublin, beat Roscommon twice by a combined total of 11 points, and lost out by a single point to Monaghan in the relegation play-off after extra-time. That looks none too shabby now.

It seems that Mayo's recent romps over Sligo and Leitrim have been given too much respect, whereas Galway's stylish success in Roscommon has been undervalued. Take the 7-4 about a Galway win and a small nibble on the Tribesmen doing so by three points or more at 16-5.

Cork's smash- and-grab raid in last year's Munster championship will still be fresh in the minds of the Kerry camp and you would have to fear for the Rebels at Killarney.

They are not playing well and were workmanlike in seeing off Limerick by eight points. They did what they had to do but no more than that.

Fitzgerald Stadium is a fortress and Cork could struggle for possession and scores, with the home side likely to dominate.

Cork failed to find the net against Kildare and Clare in the league and managed to breach the Limerick defence on one only occasion, so the 6-4 about a Kerry clean sheet is worth taking.

Paddy Power have set total Cork points at 16.5 and that looks about two points too high. Tipperary managed only 1-8 and it is hard to envisage Cork beating that total by much.

Cork have not won at Fitzgerald Stadium for 26 years and have  managed only 0-15 and 1-6 in their last two appearances in Munster finals at the Killarney venue.

It was disappointing to hear James O'Donoghue has departed the Kerry squad this week, but Tony Brosnan could return to the side and they have an abundance of attacking talent up front. It should be straightforward stuff for the home side.