League leaders should have little to fear from slumping Hammers 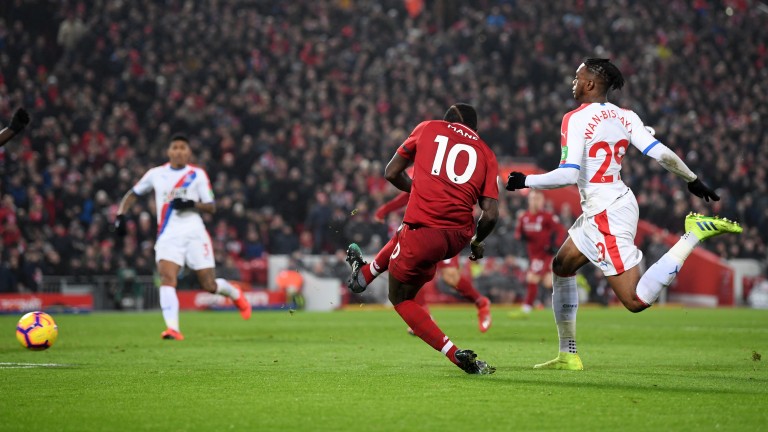 Liverpool have not played anywhere near their peak since the turn of the year but the Premier League leaders are unlikely to drop points against injury-hit West Ham at the London Stadium.

The Reds may look back on Wednesday's 1-1 draw at home to Leicester as a missed opportunity but they earned a point more than Manchester City managed at Newcastle and edged a fraction closer to landing their first league title since 1990.

The Reds' performances haven't been great since their 2-1 loss at the Etihad but Liverpool have collected seven points from their last three games and are taking on West Ham at just the right time.

The Hammers have suffered three successive defeats for the first time since August and their performances in the most recent losses at Wimbledon in the FA Cup (4-2) and Wolves (3-0) were as poor as anything they have served up all season.

Wimbledon are nine points adrift of safety in Sky Bet League One and haven't scored more than two goals in any of their 30 league games.

But they had no problems dismantling a shambolic West Ham defence and ending the Irons' last hope of silverware.

Given the dismal performance a strong response might have been expected but the Hammers were utterly outclassed in a 3-0 loss at Wolves last Tuesday and could easily have lost by a wider margin.

Their evening at Molineux went from bad to worse when Marko Arnautovic with withdrawn with a foot injury.

West Ham's attacking play relies heavily on the enigmatic Austrian, who spent much of January trying to force a move away from the club, but the decision to retain him and extend his contract may have backfired.

Indulging Arnautovic's behaviour is unlikely to have gone down well with his teammates and it may not be a coincidence that two inept Hammers' performances have followed.

Manuel Pellegrini needs to come up with the answers fast if West Ham are to maintain any interest in the race for seventh.

The gap to Wolves extended to seven points over the weekend while their lead over third-bottom Cardiff was reduced from 12 points to nine.

By far the most likely outcome is a mid-table finish, but that may not satisfy West Ham's supporters or owners, who had high hopes after last summer's spending spree.

Liverpool's aim will be to keep the crowd quiet or get them to turn on their team and that means giving the home side no encouragement.

Jurgen Klopp's side have put in a few suspect defensive performances in recent weeks, most notably in their 4-3 success over Crystal Palace, but they have conceded by far the fewest goals in the division with 14 in 24 league games.

With the problematic right-back position likely to be addressed by James Milner's return from suspension, they should get back to being solid defensively.

Liverpool's tally of 13 league shutouts is higher than any other team and another clean sheet looks likely.

Liverpool
James Milner returns from suspension but Trent Alexander-Arnold (knee) and Joe Gomez (leg) are out.