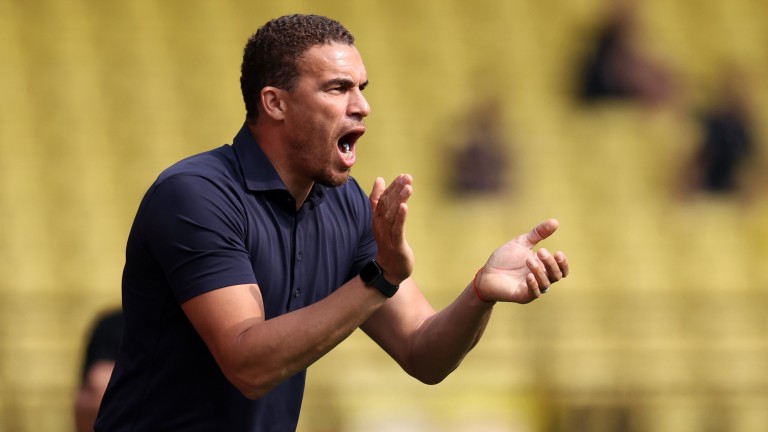 West Brom are eight points off the automatic-promotion spots in the Championship after taking just two points from their last three matches and they host a Nottingham Forest side bidding to extend a five-game unbeaten run away from home.

Elsewhere on Friday there are top-flight fixtures in Italy, Germany, Spain and France, where fourth-placed Lens face sixth-placed Angers in Ligue 1.

Newport County have taken seven points from their last three away matches in League Two and can continue their fine form at Colchester while Cagliari should see off fellow Serie A strugglers Salernitana.

Lens have won their last three Ligue 1 home games by an aggregate score of 10-1 and Athletic Bilbao can grind out a win over shot-shy Granada in La Liga. The fourfold accumulator pays more than 10-1 with William Hill.

Click here to add these selections to your William Hill betslip

West Brom's lack of cutting edge cost them again in Tuesday's 0-0 draw at Blackpool in the Championship and they could be frustrated by Steve Cooper's improving Nottingham Forest side.

Under 2.5 goals backers have collected in 11 of Athletic Bilbao's 13 matches in La Liga this season and visitors Granada have scored only twice in six away games against teams above them in the table.

Mainz's Germany Under-21 striker Jonathan Burkardt has been in sparkling form, scoring six times in his last six appearances in all competitions, and he should trouble a struggling Stuttgart defence. Bet365 rate Burkardt 13-2 to score first and that is an attractive each-way price.

Nottingham Forest have lost only one of their 11 Championship matches under Steve Cooper.