Milan ready to master Napoli at the San Paolo 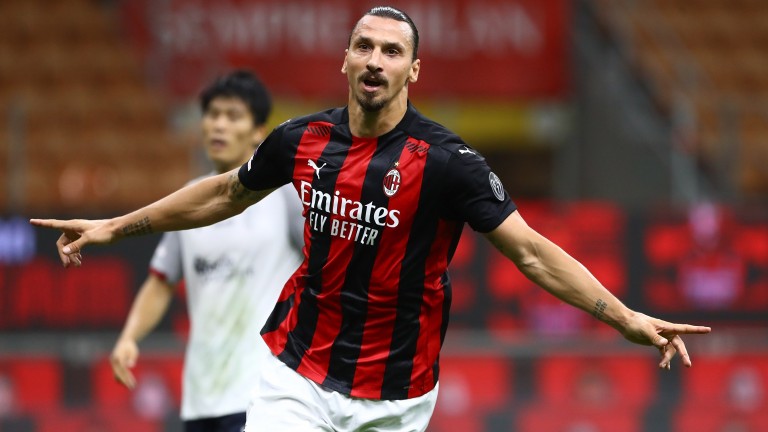 Best bets, predictions and analysis for the weekend's La Liga, Bundesliga, Serie A and Ligue 1 action.

After an early wobble, Bayern Munich have stabilised to return to the Bundesliga summit and they can stay there for at least another week with victory over mediocre Werder Bremen.

Bremen are not languishing in the relegation positions as they were last season but they still have only two wins in seven matches and could be out of their depth against Hansi Flick's juggernauts.

Bayern have been at their irrepressible best with six wins in seven league matches, scoring 27 goals in the process, but for all their swagger in the final third, they have looked more vulnerable at the back than last season.

While direct title rivals RB Leipzig and Borussia Dortmund have conceded only nine goals combined this term, Bayern have shipped 11 and that suggests Bremen could get on the scoresheet at the Allianz Arena.

Bayern have conceded in each of their last four matches against Lokomotiv Moscow, Cologne, Salzburg and Dortmund and a home win and both teams to score could be the way to play it.

There could also be plenty of goals in the Ligue 1 contest between struggling pair Brest and St-Etienne at the Stade Francis-Le Ble.

Brest have lost three of their last four fixtures, while St-Etienne are in freefall having lost their last six on the spin, so the match markets are worth swerving.

But Brest's ten league matches have featured an average of 3.7 goals per game in 2020-21 and the net has bulged at both ends in four of St-Etienne's previous seven encounters.

With that in mind punters should look at both teams to score and over 2.5 goals as their primary selection.

The pick of the games in Serie A this weekend takes place on Sunday night when two potential Scudetto hopefuls lock horns at the Stadio San Paolo.

Hosts Napoli have won five and lost two of their seven games so far this season while Milan have five wins and two draws, which put them top of the Serie A standings before the international break.

Milan were outclassed in a Europa League contest with Lille earlier this month but they are still on an impressive 19-game unbeaten run in the league and should capitalise on a key absentee for Napoli.

Nigerian marksman Victor Osimhen picked up an injury during international duty and will be missing for this contest, weakening a Napoli outfit who have lost their last two home matches in all competitions without finding the net.

Milan will be without forward Rafael Leao but Zlatan Ibrahimovic has shown he can shoulder the goalscoring burden and is the division's current top scorer with eight strikes.

Having already overpowered rivals Inter on the road this season, Milan should be fancied to take maximum points once again with the insurance of a draw-no-bet selection.

FIRST PUBLISHED 3:40PM, NOV 20 2020
Milan have five wins and two draws, which put them top of the Serie A standings before the international break