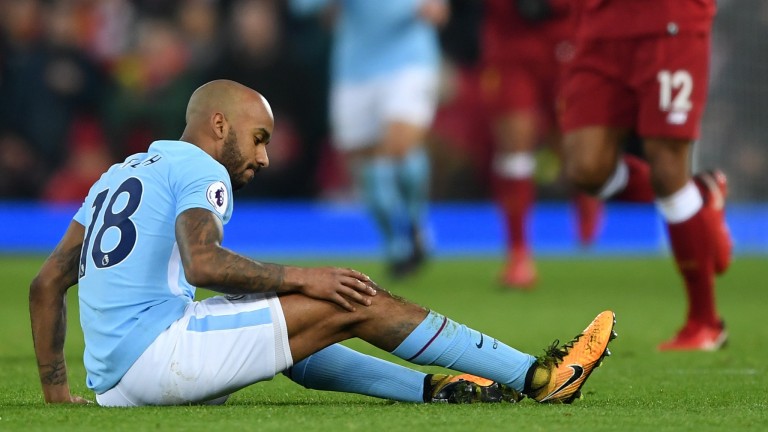 Manchester City's bid for Premier League invincibility fell in their 23rd match but they played their full part in a thrilling 4-3 defeat at Liverpool.

The odds about City going through the league campaign unbeaten had collapsed from 66-1 to 9-2 with bet365 and spokesman Steve Freeth said: “The market ran for longer than it normally does in a season and there was panic when City pulled it back to 4-3 as the liabilities had certainly built up.”

“Now all we need is for City’s quadruple hopes to be dashed,” said Coral’s David Stevens – Pep Guardiola’s side have been backed at odds of up to 500-1 to land the four-timer.

A win for Manchester United over Stoke would cut City’s lead down to 12 points but they are still 1-50 to win the title with the quad available at 20-1.

Liverpool’s victory moved them up to third, level on points with United and Chelsea, and they can be backed at 2-9 to finish in the Premier League’s top four this season, while Coral rate Jurgen Klopp’s men 2-1 in the betting without City.

Alex Oxlade-Chamberlain, who is 8-11 from 10-11 with bet365 to be part of England’s World Cup squad, opened the scoring before Leroy Sane equalised shortly before half time.

However, the game burst into life after the break as Roberto Firmino’s fabulous chip edged Liverpool back in front and Sadio Mane’s magnificent thunderbolt doubled the Merseysiders’ advantage.