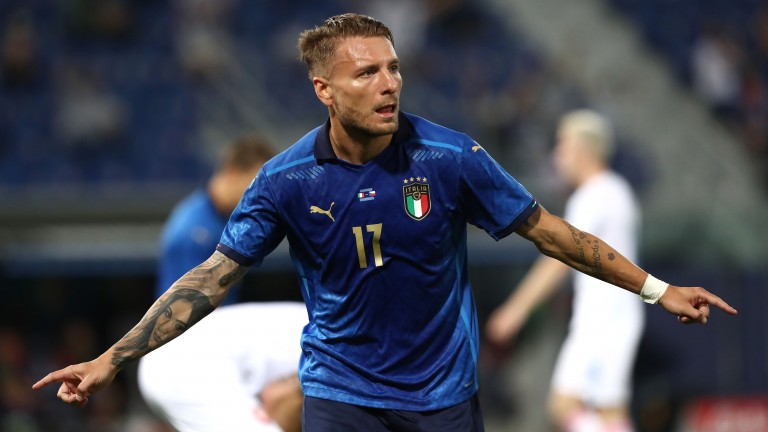 Italy have been tight in defence in recent times – keeping eight clean sheets – and can register a low-scoring success over Turkey, who have lost all of their previous opening games at a European Championship finals.

Turkey
Cenk Tosun missed the squad due to injury but all of Turkey's other key players are in contention.

Italy
Matteo Pessina has joined the squad this week at the expense of injured Stefano Sensi. Marco Verratti (knee) is a doubt and Lorenzo Pellegrini (thigh) will miss the tournament.

Missing out on the 2018 World Cup was a wake up call for the Italian national team but they have responded superbly and can get off to a solid start at Euro 2020 by defeating Turkey in Rome.

This summer's tournament will be unlike anything that has gone before with stadium capacities restricted by ongoing Covid regulations but Italy should be well supported by a 16,000-strong crowd eager to witness their team play a 'home' game at a major finals for the first time since the 1990 World Cup.

Roberto Mancini's side sailed through qualifying with a 100 per cent record and they extended their unbeaten run to 27 matches with a 4-0 success at home to Czech Republic in their final warm-up match.

Confidence should be high and the markets are understandably wary of Mancini's men, who are odds-on to win Group A.

The only major worry for Mancini would be the fitness of key midfielder Marco Verratti, who has battled a knee injury since featuring in both legs of Paris St-Germain's 4-1 aggregate loss to Manchester City in the Champions League semi-finals.

Mancini issued a positive update on Verratti earlier this week but seems likely to hold him back for next Wednesday's clash with Switzerland, which could be key to determining the group winners.

The other issue for Mancini is to come up with a reliable source of goals.

Ciro Immobile and Andrea Bellotti are the only players with double figure international tallies (13 and 12) but Sassuolo's Domenico Berardi finished the Serie A season strongly – scoring eight times in his last nine appearances – and could soon force his way into the reckoning.

Italy are going to be relying largely on a team effort but Turkey's hopes will rest heavily on the performances of key individuals.

Attacking midfielder Hakan Calhanoglu impressed for Milan this season – providing nine Serie A assists - and will be the main supply line for veteran Lille striker Burak Yilmaz, who has bagged 29 international goals.

The duo played key roles in Turkey's 4-2 triumph at home to Netherlands in a March World Cup qualifier with Yilmaz netting a hat-trick and Calhanoglu also getting on the scoresheet.

Given the strength through the spine of the team, there are reasons for believing that Turkey could, and possibly should, advance to the round of 16.

However, their opening match is the toughest of their group-stage assignments and it may result in a narrow, low-scoring defeat.

Italy to win
Italy won all ten matches in qualifying and can make the most of home advantage against Turkey, who have lost their opening game in four previous appearances at a European Championship finals.

Under 2.5 goals
The Azzurri have racked up eight successive clean sheets and their defensive strength could hold the key to a low-scoring success.

Okay Yokuslu to be shown a yellow card
Turkey boss Senol Gunes is not afraid of going on the offensive but his tactics could place a heavy burden onto midfielder Okay Yokuslu, who could enter the notebook of referee Danny Makkelie.

FIRST PUBLISHED 12:05PM, JUN 10 2021
Italy are going to be relying largely on a team effort but Turkey's hopes will rest heavily on the performances of key individuals