Joachim Low's tenure may go out with a whimper 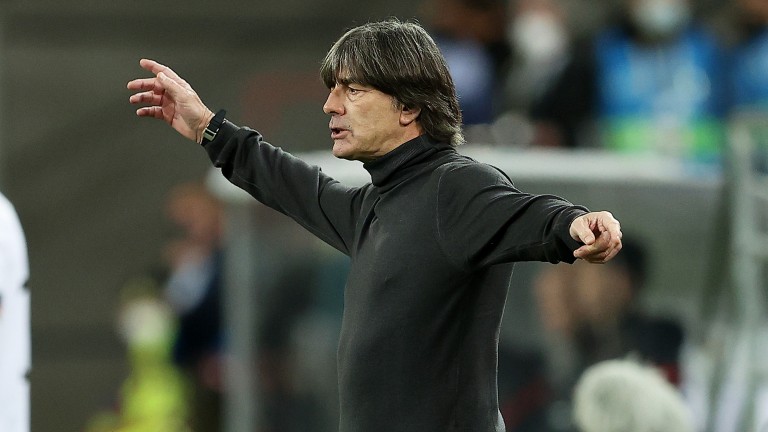 Euro 2020 will be Joachim Low's final tournament as Germany manager but the World Cup-winning coach's 15-year tenure is more likely to go out with a whimper than a bang.

Since Low took charge in 2006, Germany have finished runners-up at Euro 2008 and won the World Cup in 2014 and, in hindsight, that is arguably when he should have parted ways with the national team.

Germany were irrepressible in Brazil seven years ago - famously dismantling the tournament hosts 7-1 in the semi-finals - but only five members of that side are in the squad for this year's European Championship.

Even after the Euros were delayed by a year, Germany still look like a side in transition and Hansi Flick, who is set to take charge later this year, could have a rebuilding job on his hands.

Defence is perhaps the most pressing area of concern after Germany were obliterated 6-0 by Spain in the Nations League as recently as November and it is difficult to forget their abysmal showing at the World Cup in 2018, when they finished below Sweden, Mexico and South Korea in their group.

That said, no nation has competed in more European Championships than Germany, who have won the competition on three occasions and reached the semi-finals in six of the last eight editions. Their Euros pedigree is pretty much unparalleled.

And they still possess some of the sharpest individuals on the continent. Formerly deployed at right-back, central midfielder Joshua Kimmich is the heartbeat of a Bayern Munich side who won the Champions League last year, while Kai Havertz and Timo Werner, though inconsistent, have shown flashes of brilliance for Chelsea this campaign.

Low's shock decision to recall experienced duo Thomas Muller and Mats Hummels after claiming in 2019 that he would not pick them again could also turn out to be a masterstroke.

In another section they would look a safe bet to make the knockout stages but Portugal, France and Hungary will all prove tricky opponents and there are plenty of weaknesses to be exploited in Low's side.

But underestimating the Germans is dangerous and a lack of expectation could do this evolving squad wonders.

Manager - Joachim Low: It feels as though Low has somewhat outstayed his welcome in the Germany dugout but the 61-year-old deserves plenty of credit for what he has achieved with Die Mannschaft.

He seems unsure of his defence, flicking between three and four at the back, and the high line with which he likes to play is an accident waiting to happen. That said, few managers can match his experience of major tournament football.

Prospects: France and Portugal are perhaps better picks to finish in the top two positions in the group but Germany's depth should see them at least advance as one of the best third-placed teams. They have the quality in their squad to prove their doubters wrong.

Inside info - Andreas Wagner, football journalist: This is being built as Joachim Low's farewell tour, as he steps down at the end of the Euros after the World Cup debacle in 2018.

It is clear that the outgoing coach has a strong squad available. If the team can build around the returnee Mats Hummels and manage to assert themselves the tournament can be a success.

FIRST PUBLISHED 2:56PM, JUN 10 2021
In another section they would look a safe bet to make the knockout stages but Portugal, France and Hungary will all prove tricky opponents