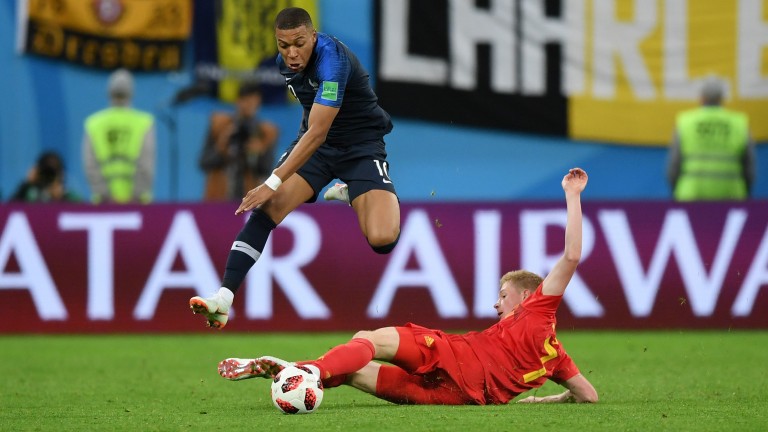 In the last five years France have finished runners-up in the 2016 European Championship, won the 2018 World Cup and booked their place in the next Nations League finals and everything seems to be in place for more success in 2021.

Experienced coach Didier Deschamps is reluctant to tinker with a winning formula and of the 26 players called up to the squad for Euro 2020, 14 were part of the side who lifted the World Cup five years ago.

That said, arguably the most surprising player selection made by any manager going into this summer's tournament was the Frenchman's recalling of Karim Benzema, six years after the forward was exiled from the national set-up.

Although his side failed to win a major trophy, Benzema has just enjoyed his strongest season in a Real Madrid shirt, netting 30 goals in 46 matches, and will complement an attack featuring tricky forward Antoine Griezmann and arguably the greatest young player in world football Kylian Mbappe. As a result, we can expect to see Olivier Giroud relegated to the bench.

Defender Presnel Kimpembe has replaced Samuel Umtiti at the heart of the French defence while Adrien Rabiot is expected to supersede Blaise Matuidi as a central midfielder on the flank in the team's asymmetrical system.

But otherwise this is the same France that the rest of Europe have grown to fear.

In a Nations League group comprising Portugal, Croatia and Sweden, France won five and drew one of their six fixtures and they are unbeaten in their last 16 competitive assignments. Les Bleus have also not lost at a major tournament inside 90 minutes since the quarter-finals of the 2014 World Cup in Brazil.

They will not have home advantage in any of their group games this summer, playing their three matches in Germany and Hungary, but it will take more than unfamiliar surroundings to fluster a star-studded group with the experience and management to go all the way once again.

Manager - Didier Deschamps: In charge of France since 2012, Deschamps is renowned for his loyalty to proven players over club form but has come under fire from coaches such as Jurgen Klopp for not always playing the best football with a highly talented squad.

The results speak for themselves, though, and he is one of only three men to have won the World Cup as both a player and a manager.

Prospects: France showed in 2018 that they were simply the best and not a lot has changed within the ranks of Les Bleus since then. They will be playing sides with home advantage in their first two group matches but their superior squad depth should see them through the section and on paper they are the most likely side to lift the trophy.

Inside info - Thomas Auvray, journalist: Although France are one of the big favourites, they face a very tough group.

Karim Benzema's return to the squad could be key and ensures that France have an attacking trio unmatched in Europe, as the trident that he should form with Griezmann and Mbappe seems complementary.

FIRST PUBLISHED 2:56PM, JUN 10 2021
Les Bleus have also not lost at a major tournament inside 90 minutes since the quarter-finals of the 2014 World Cup in Brazil