Quality on the decline in the Croatian camp 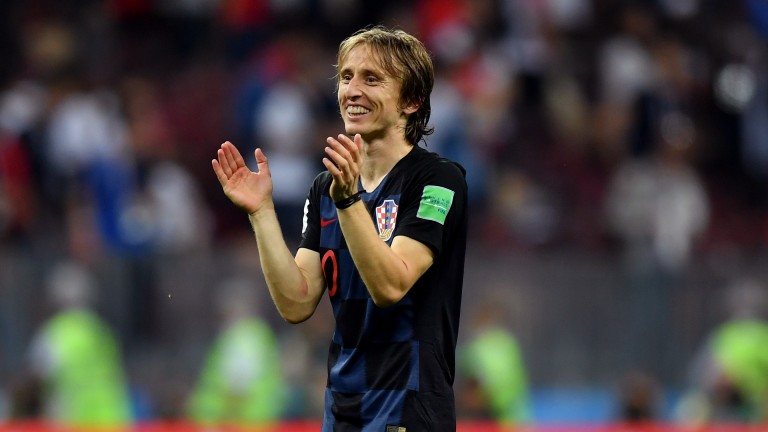 Luka Modric remains Croatia's most influential asset despite hitting 35 years of age
Dan Mullan
1 of 1
By Dan Childs 9:54AM, JUN 14 2021

Reaching the 2018 World Cup final was a massive achievement for Croatia but they have lost a lot of key players since then and may struggle to make a major impression this summer.

Croatia almost lost their status as one of Europe's top-tier sides when finishing third in their Nations League group last autumn with three points from 18.

A superior goal difference kept them above Sweden, who were relegated to League B, but they were nowhere near the level of France and Portugal, who amassed points tallies of 16 and 13.

Of the Croatian team who started the 2018 World Cup final, four players – goalkeeper Danijel Subasic, left back Ivan Strinic, midfielder Ivan Rakitic and centre-forward Mario Mandzukic – are no longer part of the set-up and three others – Domagoj Vida, Dejan Lovren and Ivan Perisic – have moved into their 30s.

Shedding talent is a normal process in international football but there is a lack of quality in reserve.

Dinamo Zagreb winger Mislav Orsic has emerged as another option in attack after his superb efforts in the Europa League – capped off by a hat-trick in the round of 16 against Tottenham - and his club-mate Luka Ivanusec is one to watch after notching nine goals in 27 appearances for Croatia's Under 21s.

But there is a general lack of talent coming through and head coach Zlatko Dalic feels he has no other option than to persist with the old guard, including centre-backs Lovren and Vida, who were paired up for last autumn's losses away to Portugal and at home to France.

Croatia made an uncertain start to World Cup qualifying, losing 1-0 away to Slovenia, and have a tough task on their hands to earn a place at Qatar 2022.

The oldest player in the squad, 35-year-old midfielder Luka Modric, is still playing to a very high standard and is one of the main reasons why they cannot be entirely written off.

Modric is part of a strong midfield featuring Chelsea's Mateo Kovacic and Inter's Marcelo Brozovic, but Croatia look short of quality in the defensive and attacking thirds and will do well to advance any further than the round of 16.

Manager - Zlatko Dalic: The 54-year-old is assured of a place in history as the man who steered Croatia to their first World Cup final but his relationship with supporters is getting strained after last autumn's dismal Nations League campaign which featured five defeats in six games.

Prospects: Three years on from going so close to winning the World Cup, Croatia look a team in decline. Their best players are the wrong side of 30 and it will be a surprise if they advance beyond the round of 16.

Inside info - Ivan Blazicko, head of Croatian Football Television: Croatian National players have won more than 20 trophies this season, with many playing very important roles in that line of success.

Luka Modric from Real Madrid will again guide the team, with goalkeeper Livakovic from Dinamo Zagreb, Chelsea's Kovacic, Brozovic from Inter, Vrsaljko from Atletico Madrid and Kramaric, who scored 20 goals for Hoffenheim in the Bundesliga.

There are some exciting new talents to watch out for like Bradaric from Lille, Vlasic from CSKA and 19-year-old Gvardiol from RB Leipzig.

FIRST PUBLISHED 2:56PM, JUN 10 2021
Shedding talent is a normal process in international football but there is a lack of quality in reserve