Oranje could flatter to deceive on their return 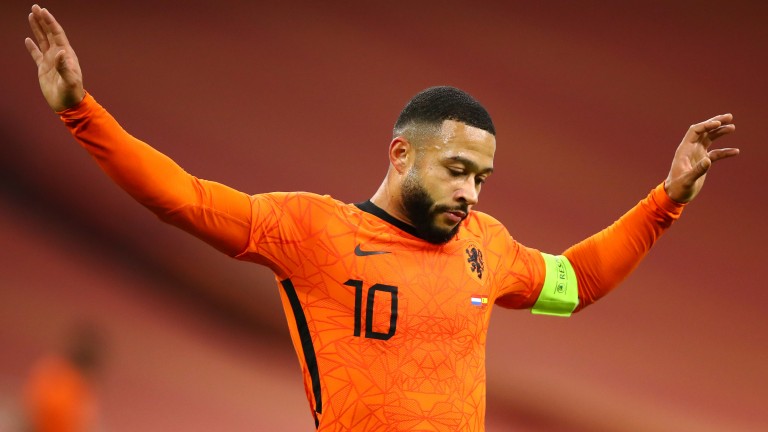 Memphis Depay can dazzle in the final third for the Netherlands team
Dean Mouhtaropoulos
1 of 1
By Chris Rivers 9:54AM, JUN 14 2021

A smooth run through qualifying and a pair of strong Nations League campaigns had raised expectation levels for the Netherlands as they appear in a major tournament after a seven-year absence.

A favourable draw has added further fuel to the fire, but the loss of captain Virgil van Dijk to injury and some unconvincing performances under Frank de Boer have tempered confidence in their chances of Euro glory.

Previous head coach Ronald Koeman did a good job of navigating a difficult transitional period when bringing through the next generation of Dutch talent and the future was looking bright for the Oranje.

The Netherlands made light of their previous qualification issues as they finished runners-up to Germany to reach Euro 2020 and had started to rebuild their reputation as one of Europe's powerhouses with victories over the Germans and France.

Koeman left his renovation project unfinished though as he was lured to Barcelona last summer and the team initially took a backwards step back under De Boer, who became the first Dutch coach to fail to win any of his first four games in charge. Results have improved since but a 4-2 World Cup qualifying defeat to Turkey in March was a reminder of how much work needs to be done.

De Boer’s job has been made significantly harder by Van Dijk’s absence. The Liverpool linchpin has been out of action since last October due to a serious knee injury, but fortunately, the Dutch have some high-calibre replacements for their skipper with Matthijs de Ligt and Stefan de Vrij set to be partnered together, forming the base of what is a strong spine to their first-choice 11.

Barcelona’s Frenkie de Jong is the key piece in the middle of the park, alongside stand-in skipper Georginio Wijnaldum, who has more freedom to get forward than he does as Liverpool, resulting in him finishing as top scorer in qualification with eight goals. At the tip of the spear is Memphis Depay, fresh from an excellent 20-goal season at Lyon.

Depay and Wijnaldum scored 14 of the Netherlands’ 24 goals in qualifying between them and getting more goals from the rest of the squad is another issue De Boer will need to solve if this Dutch side are to match the Class of 88.

Manager - Frank de Boer: The 51-year-old won four successive Eredivisie titles at Ajax in his first job in management but followed that up with failed stints in charge of Inter and Crystal Palace. Went some way to rebuilding his reputation at Atlanta United before being handed the Netherlands job in September 2020. Performances have steadily improved as the team have adjusted to De Boer’s more pragmatic, possession-based approach.

Prospects: The Netherlands have a shot at going deep into the tournament if they can finish top of a winnable section. If they secure first place, they will set up a last-16 meeting with one of the best third-placed sides from the group stage so should avoid the big threats of Italy and Belgium in that half of the draw until a potential semi-final.

Inside info - Andy Brassell, European football journalist: I don't especially like their chances. Someone like De Ligt will be asked to do so much and he is only 21, while Van Dijk is injured, Van de Beek has barely played and the coach De Boer has so much to prove.

I'd also play Memphis up front through the middle even though many people say Weghorst could get the nod as a target man. At least Frenkie de Jong is getting better with every game he plays but it's unlikely to be enough.

FIRST PUBLISHED 2:56PM, JUN 10 2021
The Netherlands made light of their previous qualification issues as they finished runners-up to Germany to reach Euro 2020