Ian White can shine like a diamond against Michael van Gerwen 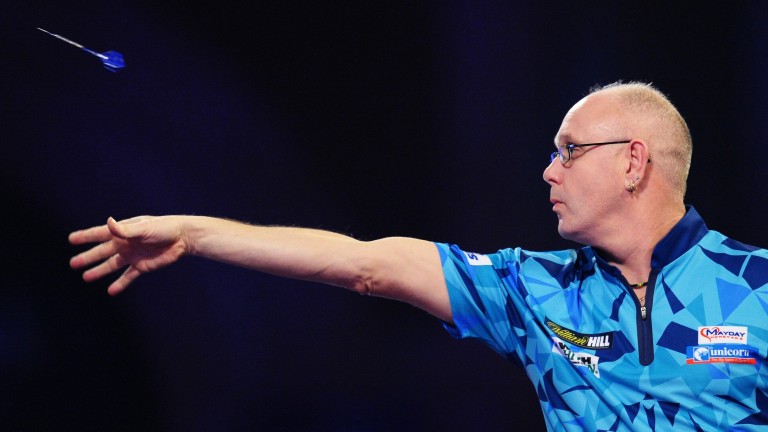 Michael van Gerwen came through a tricky first-round tie with Damon Heta at this year's Betfred World Matchplay but he was far from convincing in victory and the Green Machine is no good thing against Ian White.

Diamond often struggles to produce his excellent floor form on the big stage but taking on Van Gerwen seems to bring out the best in the Stoke slinger.

White has beaten the Dutchman on two of the last four occasions they have met, including in their most recent contest at last year's European Championship where White recorded a resounding 10-4 triumph.

Even in defeat White has remained competitive and he seems able to relax when the pressure and expectation is on Mighty Mike's shoulders.

Diamond averaged 94 in his 10-7 first-round win over Daryl Gurney and that was only just below the figure put up by MvG against Heta.

At a generous 7-2, White could give punters a good run for their money at the Winter Gardens on Wednesday.

Nathan Aspinall has had a quiet time of it recently, but there was a lot to like about his opening 10-6 win over Mervyn King and his class is not in doubt.

The Asp takes on last year's finalist Gary Anderson in the second round and it's a bit of a surprise that he isn't considered favourite.

All of Aspinall's numbers were superior to that of the Flying Scotman's in round one and Anderson hasn't been producing his trademark power-scoring efforts on a consistent basis.

It's likely to be a ding-dong battle but one in which the Asp can strike the decisive blow.