The family legacy spanning right back to when it all began 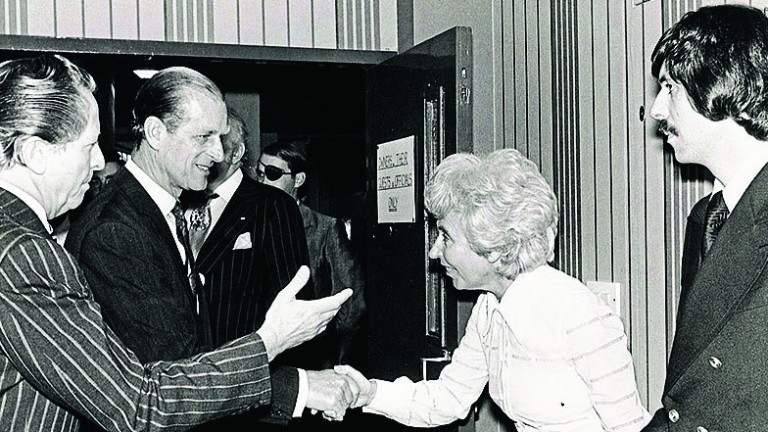 The closure of Wimbledon stadium on Saturday will mean many things to many people. For Central Park promoter Roger Cearns, who recently oversaw a superb Racing Post Juvenile/Springbok meeting at his Kent track, it signals the ending of a family legacy dating back to and beyond the very foundations of the famous Plough Lane stadium.

“My grandfather, WJ Cearns, was a builder of some note. He was based in Carpenters Road in Stratford and built many of London’s greyhound stadiums,” he explains. “The likes of Hendon, Hackney, Southend,

Brighton, parts of Walthamstow and Wimbledon were all constructed by his firm.

“The irony of Wimbledon was that the American consortium who commissioned the build didn’t pay up and he was left instead in 1928 with a brand new greyhound track.”

William John Cearns, who also, informs grandson Roger, constructed Chelsea’s famous Shed, was also a chairman of West Ham football club, and his involvement at the dawn of modern greyhound racing began a trend for the Cearns family that has continued to this very day.

“My father, John, worked at Wimbledon for 55 years and built the modern grandstand which was considered state of the art in its day with that incredible expanse of glass-fronting,” he says.

“I started there soon after it opened, and it was magnificent with a silver service restaurant. I practically lived at Wimbledon through the 1960s and 70s and built the squash club in 1972, which is still there today.” 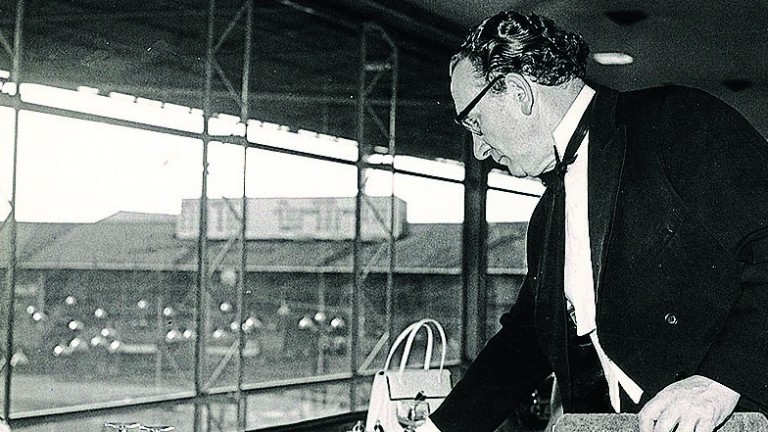 As we chat at Central Park, formerly known as Sittingbourne, it is clear that Cearns, 72, maintains a passion for the sport that the closure of a track so close to his heart will not diminish.

“It’s very sad,” he admits, “but it has been inevitable for some time. These 1920s and 30s stadiums are reaching their sell-by date – but only because of lack of ongoing investment. Developers know the value of the land, and once they’re involved there is generally only one outcome.”

Cearns is unsure whether he will attend the last call on Saturday. “I’ve been invited but I’m not sure if I’ll go. I expect I will in the end.

“My memories of Wimbledon are of another time, another age really.

“I was fortunate to be young and working during the fabulous years of the 1960s and 70s. Greyhound stadiums were packed, and when we weren’t racing greyhounds I was always good at trying different things to make use of the venue.”

Among those ideas, Cearns introduced bingo nights at Plough Lane, had a disco on site and also worked as a mobile DJ (“I had one of the UK’s first mobile discos”). He also introduced ‘Dons Diner’ which, he explains, “was like a Hard Rock Cafe-style forerunner and proved popular”. 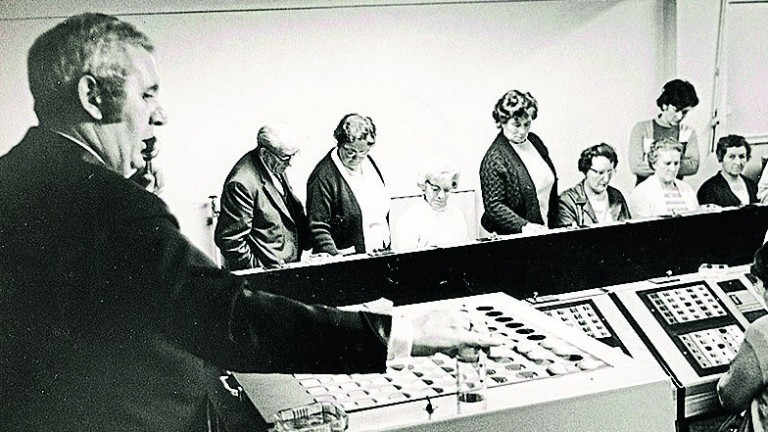 Considered something of a maverick in greyhound circles – Cearns, for instance, refuses to sit or vote on the promoters’ committee as he believes the current voting system is something of a closed shop – he maintains a love for the sport which began back in his formative years.

“I love the racing, the sport and the dogs. I did a year’s accountancy in the City after completing my education, but it wasn’t for me. My father was against me following him into greyhound racing but I ended up working at Southend track with the legendary Con Stevens – the man who created the modern grading system.

“Southend was a seasonal track, so when it closed for a period I went to Wimbledon with Con and worked in the racing office under him.

“In those days racing was twice a week and on fixed days.

“Wimbledon had six trainers and the idea was to get a runner from each kennel in each race. I think I might have managed it once!”

Cearns recalls fantastic nights at the track, and many celebrities would head to SW17 to dine. “One of the attractions was Chef Jean Lamouille, who had been at the Ritz.

“We had a lot of people from the film industry visit us – I can recall Liz Taylor getting very drunk there one night. Perhaps the best evening I organised was the Duke of Edinburgh Playing Fields meeting in 1977 with the Duke in attendance. I was given a case of vintage Moet and Chandon by the owner of Moet, who said it was the best meal he’d eaten outside of France!”

Cearns moved on from Wimbledon in the 1970s when the GRA, under John Sutton, snapped up sufficient shares on the Stock Exchange to take over the track.

Headhunted by Nicholas Coral at the age of 33, he was made director of the firm’s sports division, overseeing its booming bingo operation, marina at Newhaven and its greyhound tracks.

“I set up the squash and health club at Hove, which is still going strong. I ended up opening squash clubs all over Britain for Corals, which was fantastic as it’s a passion of mine.”

The firm had its offices in Berkeley Square in those days, and Cearns would occasionally bump into founder Joe Coral himself.

“He was something of a little old man by then but had the office across the corridor from me. Brothers Bernard and Nicholas ran the business, which also had the Pontins holiday camps and hotels.”

Cearns left Coral when Bass took over and set up a sports goods company which he ran until the early 1990s, when the lure of greyhound racing enticed him back in. This time it was the new Hackney, which Price Waterhouse managed and was virtually in receivership before it opened its doors.

“They wanted someone who knew about speedway, greyhound racing and catering. I was ideal. I wasn’t there for over long but met some great people such as Bill Glass, while a couple of the Hackney trainers then, Mick Mavrias and Roy Griffin, are still with me now at Central Park.

“I’d say there are a lot of good people in greyhound racing – there always have been. The problem we have is when we lose a track like Wimbledon, inevitably the sport will lose a few more, be it staff, trainers, owners or punters.

“I’m a big believer in retaining and protecting our heritage and that’s why I’m delighted to be getting the Mick The Miller mosaic from Wimbledon. If the sport ever creates a museum then they should give me a call as I’ve tons of stuff.”

As Wimbledon closes its doors on Saturday those countless memories – many of which are preserved in photographic form in Cearns’ office at his Kent track, will take on even more significance. Gone, but never forgotten.