Technology that could revolutionise gambling and change the world 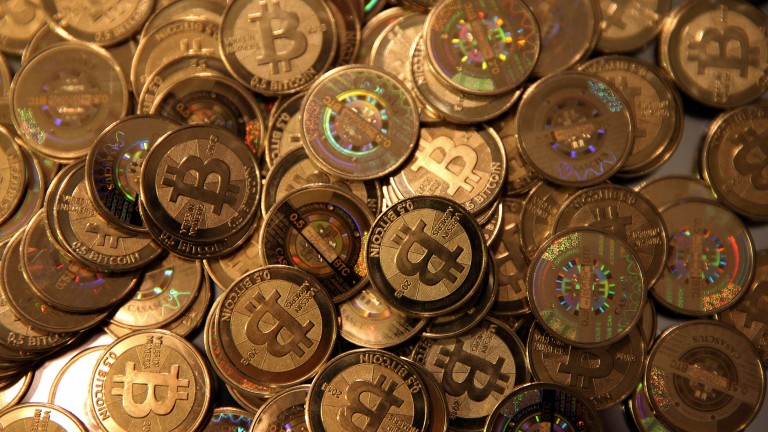 New bookmakers spring up all the time and rarely elicit much interest from the betting public, just another name with the same old product. But later this year a new service is set to launch that it is really worth paying attention to – because it could herald the beginning of a revolutionary new era in betting.

Simply called Bookie, it will be the first true betting exchange run on blockchain technology and utilising digital cryptocurrencies such as Bitcoin as payment method. Readers of this column may be familiar with blockchain from an article I wrote two years ago about Augur, a prediction market. While the technology has moved on considerably in the intervening period, the enormous implications of this technology remain the same.

For those not familiar with the concept, a blockchain is a distributed database that runs concurrently on a vast array of servers around the world. To understand how this works in practice, consider how your bank operates. Right now, whenever you interact with your savings –withdrawing, transferring or spending money – the bank updates its central database to log the transaction, the digital equivalent of the old clerk's ledger. This digital ledger is the fulcrum of every transaction.

Blockchain takes the place of the bank's central server, facilitating and recording the same transactions the bank used to. Every time a transaction takes place, it is automatically replicated to every participant in the blockchain network, meaning the database of transactions exists in potentially millions of places at once. This means that a blockchain-based platform cannot be easily shut down, controlled or manipulated by any outside party, including governments and regulators.

Developed and supported by the Peerplays Blockchain Standards Association, a non-profit organisation founded in December, Bookie will be the world's first blockchain-based betting exchange, with no central database and no established business behind it. Users will bet using Bitcoin, the most widely known cryptocurrency, which also runs on blockchain technology and provides a significant degree of anonymity to users.

In as far as anyone runs the platform, it is a worldwide network of 'voters', who might be considered the digital equivalent of shareholders – those who have invested in the platform's crowdfunded development. But, in practice, because of the way blockchains work, Peerplays is largely automated and self-sustaining. No one owns it, no single person or organisation is responsible for it and no one is able to stop it.

If you're not sure whether to be appalled or amazed at this prospect, you're starting to grasp the magnitude of the disruption this technology could wreak.

In a white paper on its website, Peerplays co-founders and PBSA directors Jonathan Baha'i and Michael Maloney write that "blockchain-based companies may be among the first organizations in history to enjoy complete global autonomy". Taxes, regulation and local laws all become virtually irrelevant when weighed against a globe-girding, fully decentralised platform.

I spoke to Baha'i and Maloney about their plans for Bookie for this column. They see themselves as at the vanguard of a technological revolution that has sweeping implications for the world around us.

There is undoubtedly an ideological side to what they are doing. It is rooted in the belief that users are entitled to anonymity, that middle men take an unwarranted share and depress economic activity, that regulators and governments have no right to your information or to interfere in your affairs.

These developers and entrepreneurs believe they are going to change the world for the better. And if they get rich quick doing it, that wouldn't hurt either.

"The betting exchange is only one thing that blockchain is going to disrupt in this world, in fact it is one of the smaller things when all is said and done," Baha'i told me.

"We have the internet and see the implications of that, but the blockchain is certainly another evolutionary step and when historians look back they will see the significance of it.

"Right now, not everyone sees what is happening, much like back in '92 when the internet was first introduced – lots of geeks got it and likewise a lot of us geeks know what is happening and it's just going to take a bit of time for the rest of the world to catch up."

Blockchain technology has implications for currencies, the nation state and dozens of industries. For betting, its effect could be particularly pronounced.

Most obviously it will sweep aside local restrictions on betting, providing a nigh-on invulnerable global betting market. User anonymity will make attempts to police the integrity of sports enormously troublesome and offer cheats the perfect place to bet.

In racing's worst case scenario, where blockchain-based exchanges won a significant share of traditional bookmakers' business, the sport's financial model, based upon taking a cut of a betting operator's profit, would be crippled.

There is, however, little reason to suspect Bookie will prove an overnight success, at least in countries like Britain already boasting a well-developed and competitive betting sector.

Digital currencies such as Bitcoin may have rapidly accrued value – if you had invested £100 five years ago you would now be sitting on about £48,500 – but they are deeply unstable, making their appeal to value-motivated punters limited.

Traditional bookmakers, with their ability to invest extravagantly in user-experience, bet offers and perks such as pay-to-view streaming, also have significant advantages over a decentralised startup like Bookie. And on a parochial level, the uniquely intense data demands of providing racing markets and results in a decentralised network means the sport is not slated to become available on the platform for 12 to 18 months after launch.

Bookie could however see rapid adoption, particularly in those countries where legal betting is restricted or takeout is high, with the US being one obvious example.

Peerplays also promises a rigorously fair and secure betting environment, underpinned by the transparency of the platform –every transaction is publicly auditable – meaning it is illegal gambling operators, their fly-by-night services plagued by fraud, who have most to lose.

But if the exchange grows more popular so its effect could begin to be felt even in those nations with a liberal approach to gambling; the opportunities presented by a worldwide betting exchange, to "provide liquidity to a virgin market" as Baha'i put it, are considerable.

Blockchain technology is not going to change betting overnight. Yet the underlying message that should be digested is that from later this year gamblers around the world will have the option to bet using an unregulated, ungovernable and supranational betting exchange that pays no tax or levy, is answerable to no government and is all but immune to attempts to control it.

That is what the blockchain could mean for betting. Welcome to the future.

Frankel deserves all the press he gets

It's going to be a long old Flat season if you're one of the small but vocal minority who find the very mention of Frankel's name an assault on the senses.

This has been one of the odder trends of the beginning of this campaign: a weariness at the regularity with which the unbeaten champion's name is invoked, especially now his offspring are carving their own paths in the sport. 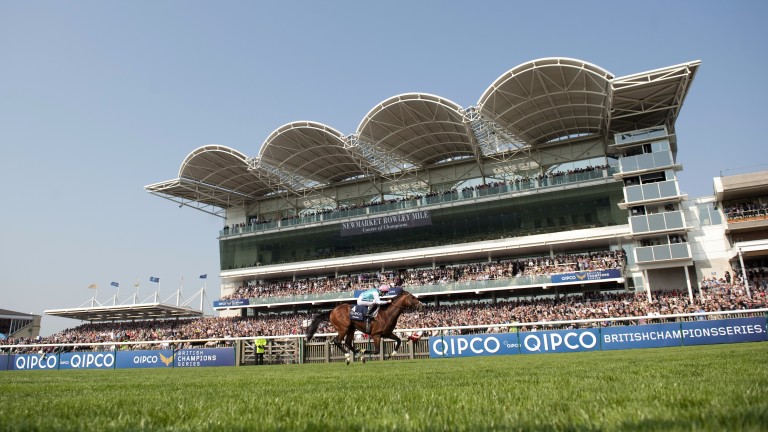 Almost five years on from his final run, Frankel is as ubiquitous as ever, but justly so. He was the most successful and well-known Flat horse in a generation, his fame spreading far beyond the confines of the sport, becoming almost synonymous with excellence and awaking in thousands a passion for racing that had hitherto lain dormant.

Even now, long after his career ended, Frankel is one of the sport's most marketable assets, a true champion who evokes considerable interest in those who don't typically give racing a second thought.

The sheer prodigious scale of his exploits at stud and the vast fortunes generated as a result fascinate many, while the prospect of a son or daughter echoing the father and achieving greatness is something most of us will relish following over the coming years.

The art of naming racehorses

A superb Guineas meeting last weekend yielded two worthy Classic winners in Churchill and Winter, and in the 2,000 Guineas more evidence that Coolmore are the best in the business at naming their star racehorses.

Churchill is not just an appropriate name for a colt who could be the best of his generation, it undoubtedly contributed to the level of coverage the winner received with the mainstream sports media.

Sue Magnier does the naming for Coolmore, drawing upon history, politics, geography, culture and the natural world to dub their stars with appropriate monikers.

World leaders, statesmen and political figures are old favourites, with George Washington, John F Kennedy and Abraham Lincoln among the famous names to have doubled up as Ballydoyle runners.

It is tempting to wonder which of today's cast of political figures might achieve metaphorical metamorphosis and grace the racecourse one day. Not many, one suspects. The key to the success of Magnier's naming strategy is the gravitas her names lend the horses, and gravitas is a trait that seems to have abandoned politics.

Read Tom Kerr every Friday in the Racing Post and in Members' Club on racingpost.com

Desert Crown and Baaeed pay fitting tribute to two much-missed owner-breeders Adele Mulrennan is a breath of fresh air with her TV analysis - and here's why Appalling TV camera angles are infuriating me - especially when studying replays 'It's an inspiration being next door to him' - meet Newmarket's newest trainer The challenges facing the new IHRB chief (and there are many, many of them) Hate has turned to love - and now I'm looking forward to being back at York