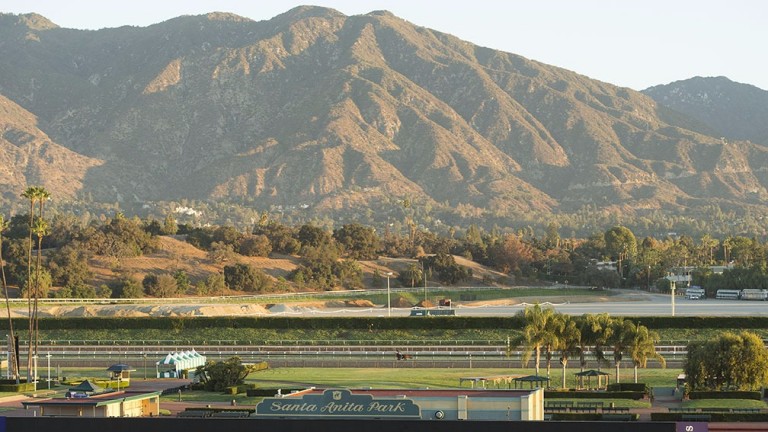 Santa Anita has postponed the opening day of its 83rd season by two days until December 28 because of next week's declining weather forecast.

The California racecourse has been under the spotlight after a number of fatalities in training and racing earlier in the year, with bad weather during January and February partly blamed for the number of breakdowns.

A raft of track and equine welfare improvements have been made during the course of 2019, but management are taking a cautious approach to the latest fixture.

Aidan Butler, the acting executive director of California for The Stronach Group, said: “Opening day is traditionally one of our biggest days of the year, but our commitment to safety is first and foremost.”

It would be the first time since the 1976-77 winter season that Santa Anita has not opened on December 26, and last year's opening day on-track attendance was 41,373.

Santa Anita vice-president and director of racing Steve Lym said: "The stakes races set for Thursday will be brought back on Saturday. With the rain in the forecast, it was extremely likely that the races would be off the turf on Thursday.

“Postponing opening day will allow for the high-quality turf racing synonymous with Santa Anita. We are planning on filling extra races throughout the opening week to give our horsemen the opportunity to run their horses."

FIRST PUBLISHED 11:16AM, DEC 22 2019
Opening day is traditionally one of our biggest days of the year, but our commitment to safety is first and foremost

'This is a dream' - Zurekin a gallant third for the Leech team in Prix la Barka 'I wish the Cox Plate was in two weeks' - Zaaki stars for rookie Brit trainer Fury, lawsuits but 'no flailing away': how US no-whip racing has been received Bob Baffert and Medina Spirit owner file lawsuit over Kentucky Derby test result