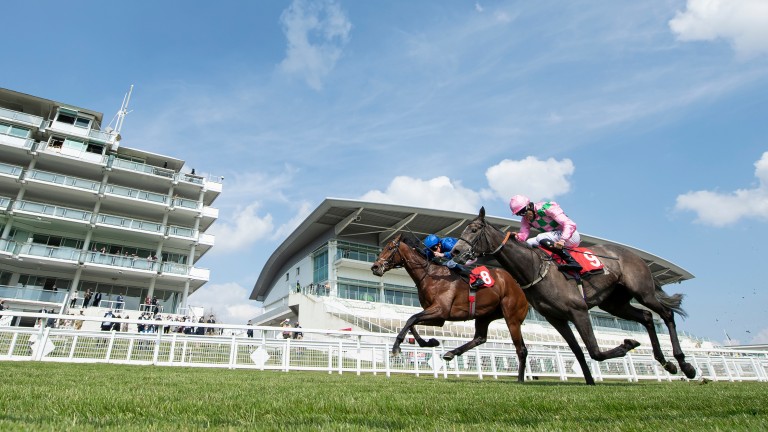 Wirko (far side) and Technique head towards the line in the Blue Riband Trial at Epsom
Edward Whitaker
1 of 1
By Lee Mottershead UPDATED 5:25PM, APR 20 2021

Charlie Appleby was the last British trainer to win the Cazoo Derby and bookmakers believe he provides the home nation's best chance of denying Aidan O'Brien and Ireland yet another victory on the first Saturday in June after Wirko's extremely positive Epsom debut.

Going into the Blue Riband Trial Uncle Bryn was Britain's shortest-priced contender for the sport's most famous Flat race, yet he could manage only third in an informative contest that gave Godolphin good reason to feel they have unearthed a horse at least worthy of challenging for the coveted prize landed by Masar in 2018.

Horses representing Ballydoyle and Coolmore have dominated since then and four O'Brien-trained colts – headed by 7-2 ante-post favourite High Definition – continue to occupy the top four positions in the Derby betting.

That suggests more of the same is the likeliest outcome come the big day, but there was a lot to like about the way Wirko motored through the Blue Riband's final furlong, eating up a three-length deficit and overhauling the Oaks-bound Technique on the line. 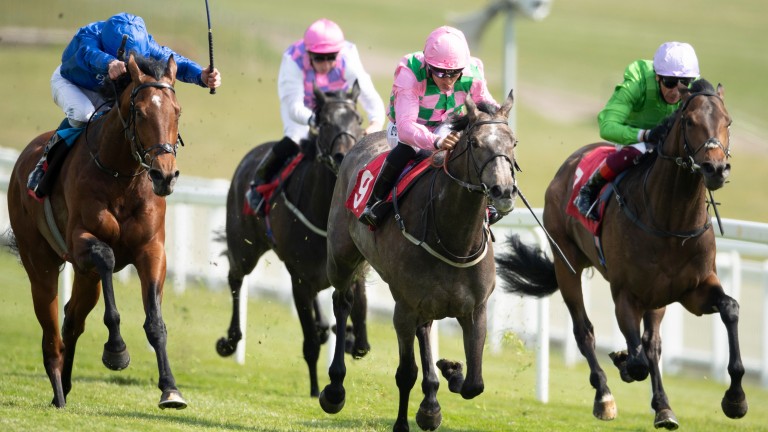 William Buick may well have other options in Godolphin's pack to consider, but he was enthusiastic about a Kingman colt who was not previously entered in the £1,125,000 showpiece but gains an automatic berth as a result of his head success. Bookmakers generally quote him at 16-1 to secure Derby glory.

"With the way he’s bred and with everything he has done so far in his career, he would have to be under strong consideration," said Buick. Appleby, watching from Newmarket, was inclined to agree.

"I do think he is now a legitimate Derby contender," said Appleby.

"We know you have to be able to stay in the Derby and I think this horse could potentially have a bit more improvement in him stepped up to a mile and a half.

"He has definitely put himself in the mix and if he gets to the first Saturday in June fit and well, then, for sure, he'll be there as one of the starters."

Appleby added: "He is the one horse who wasn't among our Derby entries but that was why we pinpointed him to be our runner in this race.

"I'm very confident he'll come forward for today's run but we'll probably look to get another run into him before the Derby. I do feel experience in abundance helps around Epsom, so we'll likely look at either Lingfield or Chester."

What our analysts say

'He'll apparently take in another trial before possibly returning for the Derby, but it may be that he proves more of a St Leger type'

A return trip to Epsom is also on the cards for Technique, who ran a super race on only her second career start and is now 25-1 for the Oaks.

"We always thought she would handle Epsom and I loved the way she cruised around the side and coped with the bends," said trainer Martyn Meade.

"The whole idea of running in this race was to try her on this track. I think we'll be coming back here and I don't think we'll go anywhere else first. We can do everything we need at home, so why risk her by going anywhere else?"

Trainer John Gosden said: "He was coltish in proceedings and looked at everything when he hit the front. He will come on a lot mentally for the run."

FIRST PUBLISHED 2:31PM, APR 20 2021
With the way he's bred and with everything he has done so far in his career, he would have to be under strong consideration

'The meeting was sure to be off. We were only coming here to have lunch' Doyle Force: Creative rider off the mark for the week as Appleby bags a 1-2 RIP Arthur Shone - sadly for racing, we truly won't see his like again Emmet Mullins-trained handicapper scores by wide margin after big Friday gamble 'Challenging horse' Kemari solves his trickiness puzzle with impressive success 'What else would I do at my age?' - 80-year-old trainer wins with only horse