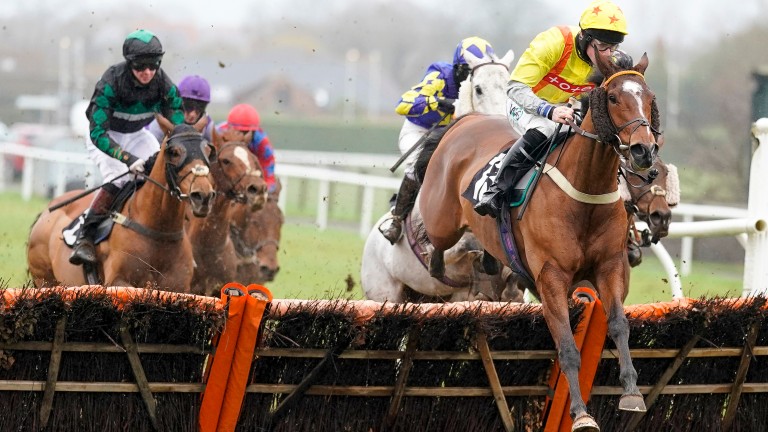 The outstanding form of the Robert Walford stable did not go unnoticed at Plumpton on Wednesday as One For Dunstan landed a huge gamble, having been backed into 13-2 (from 25) for the 3m1f handicap hurdle.

Connections were not sure what to expect from the six-year-old after three disappointing efforts this season, but three of Walford's last four runners had hit the target and the red-hot run continued.

Under Bryan Carver, One For Dunstan came out best in a three-way battle to the line as he held off 9-4 favourite Pride Of Pemberley by three and a quarter lengths.

"It's been excellent," said the Dorset trainer. "He'd been disappointing over fences so we dropped him back over hurdles. I hope one day he'll go chasing again as he's a very good jumper, it just hasn't worked out yet.

"He's got a lot of owners but I'm not sure they'd have had a lot of money on."

Owner Bryan Drew is quickly developing one of the most exciting strings of young horses and Gericault Roque emerged as another with a smart winning debut over hurdles. 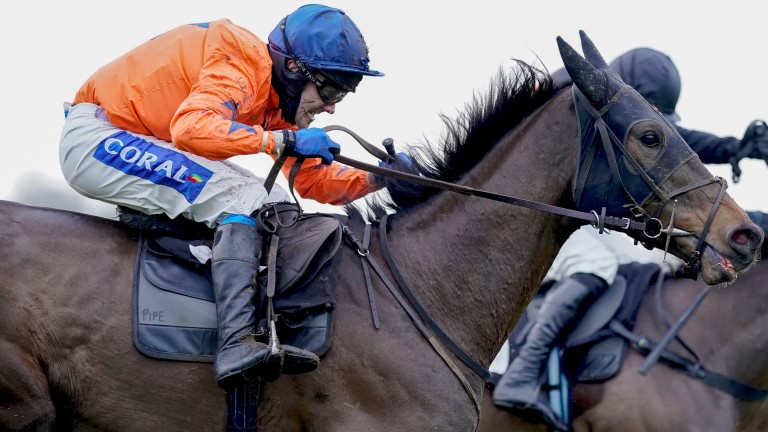 The David Pipe-trained runner was ridden patiently and stayed on strongly under Tom Scudamore to deny 4-6 favourite Natural History in a competitive 2m maiden hurdle.

Pipe, who doubled up at Leicester, believes Gericault Roque is another nice young prospect for Drew, who has seen Bravemansgame and Adagio capture Grade 1 honours in recent weeks.

"I was really pleased with the performance," said Pipe. "He's a horse we've always liked although he'll be better next year. He's got a nice bit of ability so hopefully he'll progress further."

'He'll be in the lap of luxury' - Becher Chase hero Walk In The Mill retired Tom Scudamore up to ninth in all-time jump jockeys' list after Brinkley success 'The stable suddenly appears to be burgeoning with potential stars again' Spot the silks! Success for Sea Pigeon colours and Jonjo O'Neill's racing club 'I was very taken with it' - Energumene jumps into Arkle picture for Mullins Bob Olinger 5-1 for the Ballymore after convincing Grade 1 success at Naas