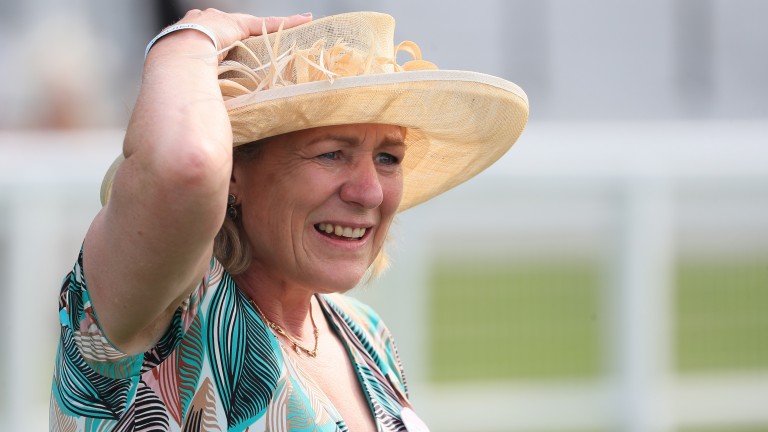 Madame Tantzy provided one of the biggest shocks of the year on Wednesday night, displaying a thunderous burst of late speed to score at odds of 80-1 in the British Stallion Studs EBF Hyde Stakes.

The five-year-old was the lowest rated of the ten runners in the Listed feature with an official rating of 81, and she had 22lb to find with top-rated Stormy Antarctic. To further her challenge, jockey Georgie Dobie was unable to claim her 3lb allowance.

But that appeared to make little difference as the Eve Johnson Houghton-trained runner came from the rear in the home straight to charge between runners and hold off Misty Grey by a length and a half.

Johnson Houghton, who famously struck at Group 1 level with Madame Tantzy's brother Accidental Agent for the same connections, said: "That was huge. We wanted to get some black type given the pedigree, so this was massive.

"She's improved all year but I think putting the blinkers on has really helped. I thought we might get a place, I didn't see us winning like that. She's really done it well – I'm so happy with her."

'She had every right to be here'

The trainer added: "Georgia gave her a fantastic ride, she's a 3lb claimer but she couldn't claim. She was relaxed and let the filly do her stuff."

The win is the biggest in the burgeoning career of jockey Dobie, who said: "She was a big price today but she had every right to be here – she'd run well in some hot races. It was probably a bit soft for her the last day, she's done it lovely and has won it quite cosily.

"It's great that they put me up as I'm still a 3lb claimer, they didn't have to, but I'm absolutely thrilled."

FIRST PUBLISHED 8:03PM, NOV 24 2021
We wanted to get some black type given the pedigree, so this was massive