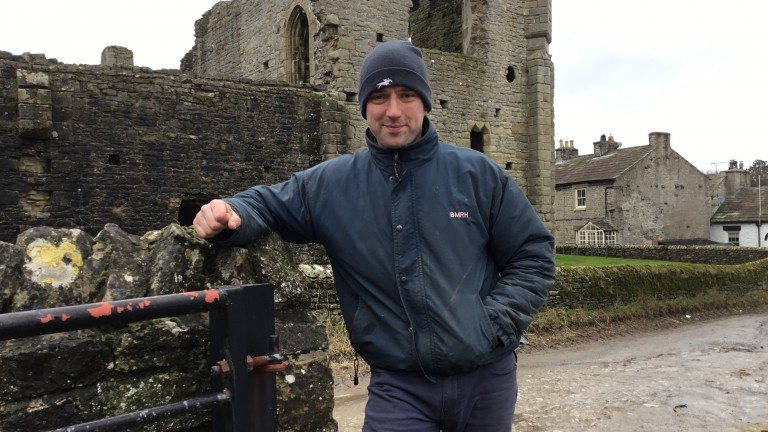 Ben Haslam could run Fortamour under a penalty at Haydock in the Sunday Series
David Carr
1 of 1
By Charlie Huggins 7:07PM, AUG 2 2021

Ridden by Paul Hanagan for the first time, the five-year-old was coolly delivered by the two-time champion jockey to go from last to first after the early pace collapsed to score by a neck.

Haslam said: "I thought given his previous two runs at Ripon, it is a track that does seem to suit his style. In typical sort of sprinter style, these horses can run up a hell of a losing sequence but when things fall right they do become well handicapped so I’m pleased it all fell right for him today.

"He does tend to bring out the goods on bigger days and the bigger races so he’s a great horse to have. He’s in at Haydock on Sunday in the valuable Sunday Series. Six furlongs at Haydock will probably suit him too, so we’ll probably keep an eye on that if he comes out the race okay. The penalty should make sure he gets in."

Apprentice jockey Zak Wheatley was suspended for seven days (August 16-22) after using his whip above the permitted level and when his ride, 80-1 outsider Sadie’s Day, was showing no response in the 5f selling handicap.

Wheatley’s mount finished last of five runners in a race won by the David O’Meara-trained Morty under Daniel Tudhope. O’Meara has now won the race four times in the past decade.

FIRST PUBLISHED 7:07PM, AUG 2 2021
He does tend to bring out the goods on bigger days and the bigger races so he’s a great horse to have