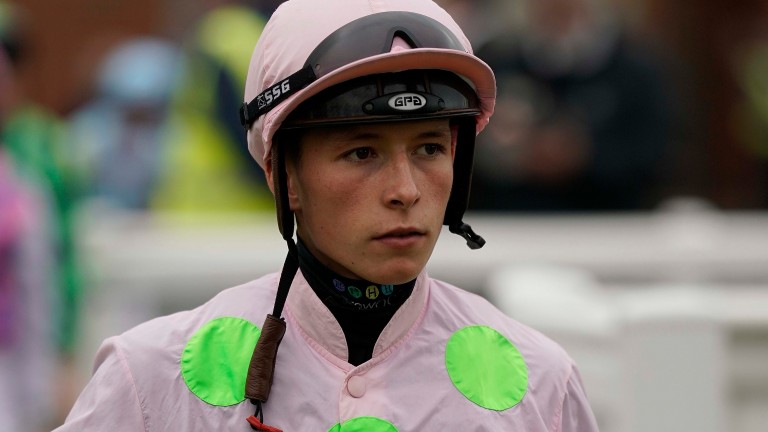 Jason Watson: given a two-day ban for weighing in light at Lingfield on Wednesday
Alan Crowhurst
1 of 1
By Sam Hendry UPDATED 6:43PM, JUL 21 2021

A dramatic afternoon for Jason Watson ended on a happy note when Salsoul won the closing 6f fillies' handicap, but that came after the jockey was disqualified for weighing in light on Tindrum, which was something he blamed on sweating.

On another sweltering day, Watson weighed in 2lb light after finishing runner-up on Tindrum in the opener, resulting in Cozone being promoted to second behind the impressive winner Chai Yo Power.

In addition, the rider was given a two-day ban and Tindrum's trainer Heather Main was issued a £500 fine.

A frustrated Watson said afterwards: "I don't need to tell anyone that it's a very hot day and when I weighed out, I was flickering on the right weight anyway.

"I was pushing throughout the race and it's very hard work. It makes it easier for the sweat to come out and I've lost a lot of weight during the race."

Speaking to Sky Sports Racing, Watson, whose split with trainer Roger Charlton was revealed earlier in the day, added: "I feel as though it was a bit unfair, but I feel more sorry for Mrs Main and the owners because it's hard enough to get anything out of this game after the pandemic.

"You can't control the climate and to have the prize-money taken away and a fine, I feel is extremely harsh. Why would you want to come into this industry when things like that happen?"

The BHA's official stewards' report noted: "Despite the warm conditions, all other riders weighed in either at the same weight, or slightly heavy, but still within the allowable parameters."

FIRST PUBLISHED 5:52PM, JUL 21 2021
Why would you want to come into this industry when things like that happen?