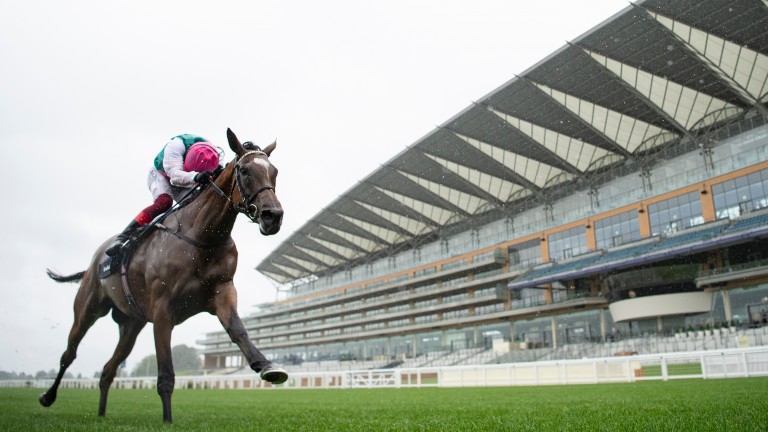 An eerie silence greeted Enable at Ascot on Saturday similar to the one at Longchamp last October, but to the collective joy of her legion of fans the result could not have been more different.

They travelled in their droves to witness history being made in Paris, only for Enable to come up agonisingly short in her quest for a third Prix de l'Arc de Triomphe, a result that stunned Longchamp into silence.

Her adoring fans were forced to watch from afar on Saturday, but this time there was no disappointment as Enable galloped to where no thoroughbred has been before, becoming the first three-time winner of Ascot’s midsummer showpiece, the King George VI and Queen Elizabeth Qipco Stakes.

This performance will not go down as her finest, but how could it when she was facing just two rivals? However, when connections finally call time on one of the most remarkable careers on turf, Saturday will be among the days that will define her legacy.

Watch history as Enable beats Sovereign and Japan at Ascot

A race first run in 1951, only Enable, Dahlia and Swain had won the King George twice before Saturday, but she now stands alone after adding an unprecedented third success under an emotional Frankie Dettori.

"She touches my heart," said the winning rider. "I love her so much. She's taken me to emotional feelings and heights other horses haven't. I'm trying to enjoy her as much as all of us."

There was palpable fear that the tactics of the first ever three-runner King George could overshadow the event, but there was no finer sight for Enable supporters than Dettori giving a long, lingering look over his shoulder with two furlongs to run. 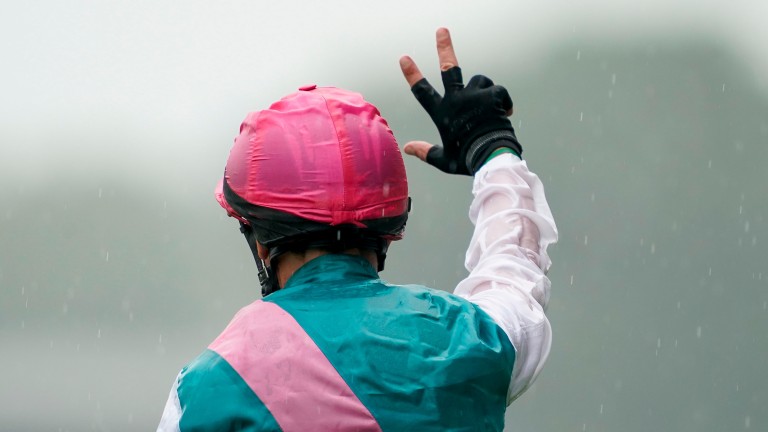 Confident he had front-runner Sovereign covered, it was soon clear that market rival Japan, sitting in third, was also cooked and from that moment it was all about Enable and her King George coronation.

"I couldn't believe it," said Dettori as he relived that look over his shoulder. "I thought, 'Where is he?' Everything was so quiet and I was surprised Japan was so far back and off the bridle.

"Enable was great today, she was like a hot knife through butter. It's a great feeling to have. It's never been done before – three King Georges and I've a bit of a lump in my throat. I've only got her for two more months and I'm a bit emotional about it. She's special." 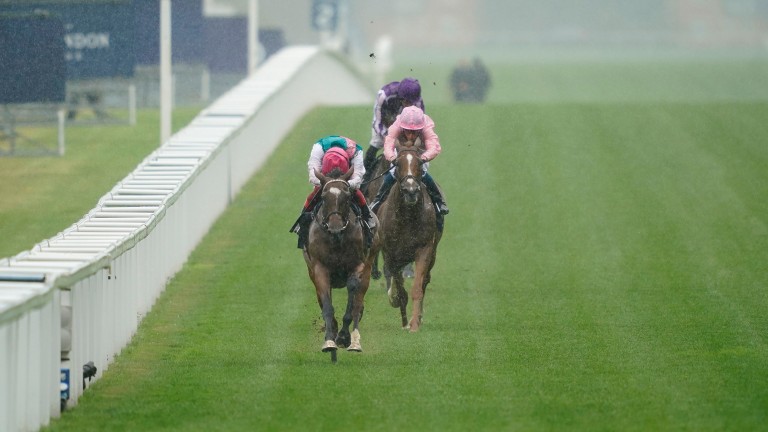 A familiar path now awaits Enable, with York's Ebor meeting next month again set to provide the stepping stone to Paris in October and the quest for that elusive third Arc.

Had she been beaten here, that dream may have also been extinguished in the Ascot rain, but instead she marches on to Longchamp and, after ending a run of two consecutive defeats, Dettori believes again.

"She's not getting better but she is the same," he said. "She's thriving with racing. If she showed any sign of weakness going to the Arc would be a non-event.

"Three King Georges is amazing but the dream really is to win three Arcs. We came so close last year and, with this kind of performance, we're still in with a shot.

"If she was third today, you'd think scrap the idea and head for stud but at least we know we can be competitive."

Paddy Power and Betfair Sportsbook cannot split Enable and three-year-old filly Love at the head of the Arc market, offering 3-1 the pair.

A tantalising dress rehearsal in the Yorkshire Oaks could be on the cards if Enable bids to win the mile-and-a-half race for a third time, although the Juddmonte international over shorter remains on the table.

"Love is a three-year-old and would get the weight [in the Yorkshire Oaks] but we took the benefit of that," said winning trainer John Gosden.

"With Enable it could be a ground decision. If they got the rain and if the ground is soft, which it certainly can be at York, I would happily run in the Juddmonte International. If the ground is quick I would prefer to go over a mile and a half."

Rather than tactics, Gosden revealed the timing of a heavy shower at Ascot had set his nerves jangling, but in the end he was left to savour another remarkable performance from the most remarkable mare he has ever had through his hands.

"The race went perfectly," he said. "We were a little concerned that the ground is pretty quick here and I’m always concerned when you get rain on quick ground that something might lose its hind legs on the bend, but luckily that didn’t happen. She was quite imperious today.

"It was a small field but it was an elite field of Group 1 horses."

After her eleventh success at the top level, Enable now boasts three King Georges, an English and Irish Oaks, two Yorkshire Oaks, two Arcs, a Coral-Eclipse and a Breeders’ Cup Turf, but like Dettori it is that never-before-achieved third Arc that Gosden and owner-breeder Khalid Abdullah crave. 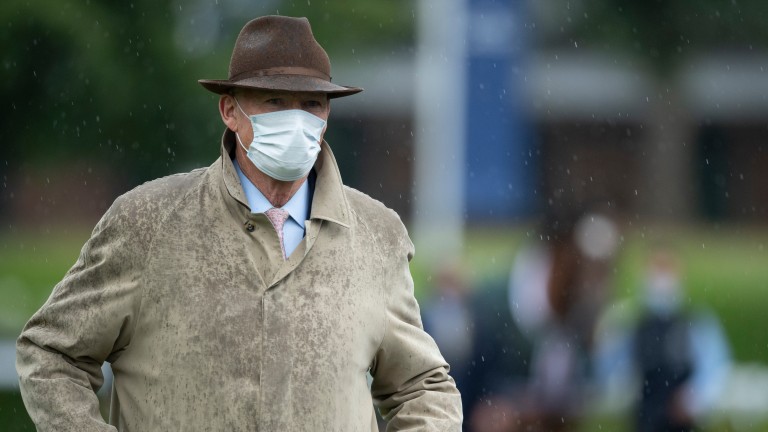 "He’s an amazing owner and I’ve luckily trained for him for nearly 40 years," said Gosden. "He totally understands his horses and knows his pedigrees inside out. He clearly felt this was a filly that could do it again.

"It just slipped through our fingers last year – the winner beat us fair and square – but being the sportsman he is and the great breeder he is he said 'let’s go again'.

"I find the responsibility quite enormous and it weighs heavy, but what a pleasure to be around a racemare like her."

We may have been here before, but the die is surely cast this time. Two races to go before the saddle comes off Enable's back for the last time. Roll on York and roll on Longchamp, where yet more history awaits.

FIRST PUBLISHED 3:41PM, JUL 25 2020
It's never been done before - three King Georges and I've a bit of a lump in my throat. I've only got her for two more months and I'm a bit emotional

Robert Havlin banned for 21 days after ride on eyecatching Lingfield second Hall of Fame for British Flat racing to be launched next week 'That was just fantastic' - Harry Eustace enjoys his first winner as a trainer 'She was a bit of a madam' - Aristia worth the wait for owner Roberts Can Craven winner Master Of The Seas follow up in the 2,000 Guineas? 'I think he's a Guineas horse' - Buick impressed as Master Of The Seas strikes