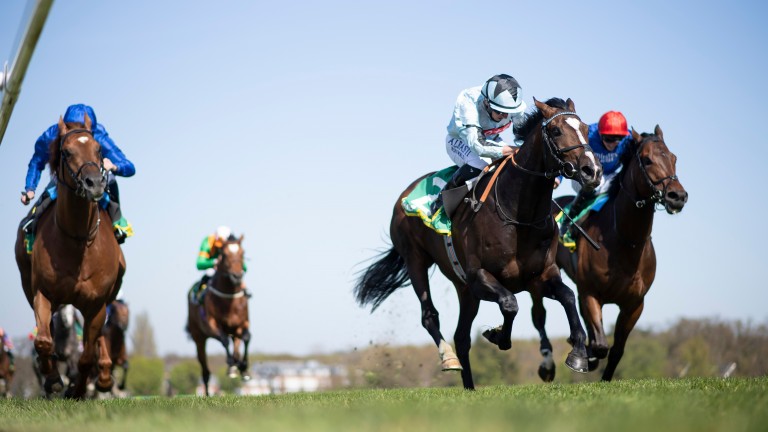 Alenquer provided a surprise result in the Group 3 bet365 Classic Trial at Sandown as he held off the Charlie Appleby-trained pair Adayar and Yibir under Tom Marquand.

The rider has just returned from a fruitful stint in Australia, where he teamed up with Alenquer's stablemate Addeybb to win the Group 1 Queen Elizabeth Stakes.

He had to be at his strongest to drive home 25-1 shot Alenquer, who was prominent throughout, and the line came just in time as the pair denied the fast-finishing Adayar, with the 7-2 favourite Lone Eagle in fourth.

It marked a perfect return to British soil for Marquand, who said afterwards: "I was really pleased with him there. Every time he was joined he fought back again. He's certainly not the finished article and he's a really nice horse to go forward with.

"Realistically speaking he's still quite raw so he's done very well to win that today with some of the form lines the others brought in," the jockey told Racing TV.

"It’s great to be back on track in England and I was really looking forward to returning and building up some momentum. It’s building pretty quickly!" 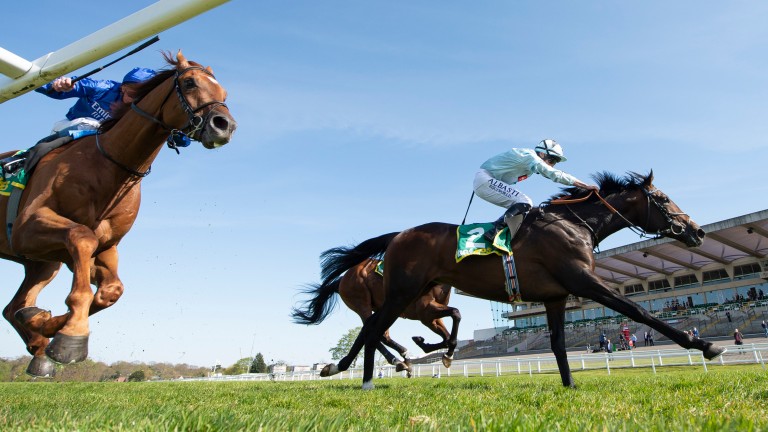 On an ideal trip Marquand added: "I think he could probably get a little bit further. He's got plenty of talent and when he straightens up that'll tell us if he's got a bit more speed up his sleeve.

"He certainly promises to stay a stiff mile and a quarter like today and possibly that extra couple of furlongs."

The William Haggas-trained winner was last seen finishing second in the Listed Ascendant Stakes at Haydock last September and has now won two of his three career starts.

The eyecatching run of the Godolphin-owned runner-up Adayar, ridden by James Doyle, was enough to see him cut to 20-1 (from 33) for the Cazoo Derby with bet365.

FIRST PUBLISHED 3:51PM, APR 23 2021
Every time he was joined he fought back again and he's a really nice horse to go forward with