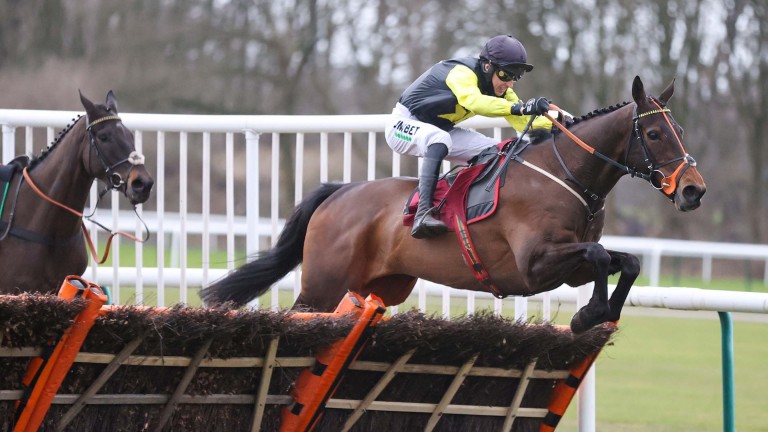 Alaphilippe: a four-time winner last season and back from injury in Saturday's contest
John Grossick (racingpost.com/photos)
1 of 1
By Richard Birch UPDATED 12:59PM, JAN 15 2022

Although a valuable event in its own right with £30,000 guaranteed in prize-money, this race has often been used by trainers as a stepping-stone to the final of the Pertemps series at Cheltenham in March.

Traditionally, many of the runners who have contested this qualifier have not been fully primed to peak at Warwick.

There are 14 Pertemps qualifiers throughout the season and the first six from each are eligible for the final. The bottom weights in last year's final had an official rating of 126.

Historically, there have always been big fields for the Warwick qualifier – seven of the last ten renewals have attracted 12 or more runners – yet only seven hurdlers, headed by Sire Du Berlais, a real legend of this series, have been declared this time.

Bottomweight Riggs, who is rated 132, is arguably the most interesting of the seven.

The lightly raced seven-year-old first left the impression he would win a major handicap at some stage when second to Beauport in the Grade 3 EBF 'National Hunt' Novices' Handicap Hurdle Final at Sandown in March, and ran a blinder last time out in defeat at Haydock.

He's been raised 5lb for that one and a quarter length second to Dans Le Vent but it's likely the son of Mahler still has plenty more to offer off this sort of mark. 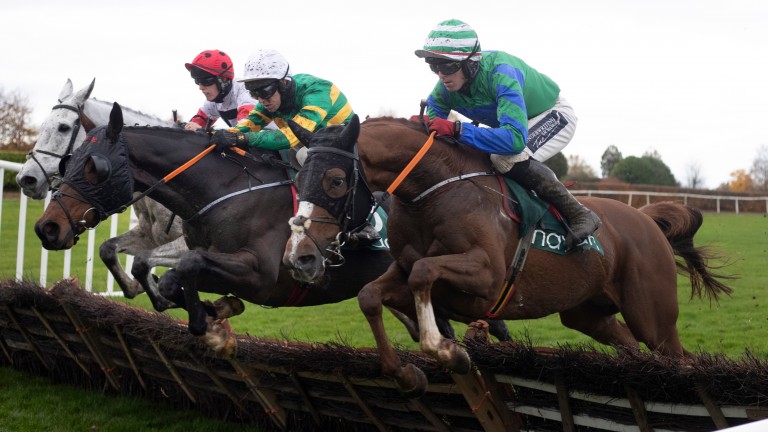 Sire Du Berlais needs no introduction, of course, as the winner of the Pertemps Final in 2019 and 2020.

Sporting John, a Grade 1-winning chaser, and the Hughie Morrison-trained Third Wind, fourth in the final in 2020, add spice to a race which could produce several Cheltenham clues.

Gordon Elliott, trainer of Sire Du Berlais
He was disappointing over Christmas and never really got into it. His previous run at Navan was better and hopefully he can return to that sort of form here. He ran well in this race two years ago.

Philip Hobbs, trainer of Sporting John
We were delighted with his win at Cheltenham and hope we can get him back to winning ways again.

Hughie Morrison, trainer of Third Wind
We're trying to cover every base for the spring and get him qualified for Cheltenham. He was fourth in the final of this series two years ago. It's his sort of race but his form shows he's usually a better horse on sloppy ground. A soft, sticky surface may not be to his advantage as he'd prefer very wet ground.

Ronan McNally, trainer of The Jam Man
It was an unbelievable run at Navan with so much weight. This looks a very competitive qualifier but I'd love it if he could get his head in front. The Irish Grand National rather than the Pertemps Final is my ultimate aim with him.

Warren Greatrex, trainer of Keeper Hill
He's not getting any younger but still shows all his old enthusiasm. He won this race back in 2019 and we feel he's probably better jumping hurdles than running in bigger races over fences. He's in great form and I'm looking forward to running him.

Fergal O'Brien, trainer of Alaphilippe
He's a lovely horse and gave us a great buzz last season when winning four races, including a Grade 2 at Haydock. He also ran very well when fifth in the Albert Bartlett at the Cheltenham Festival. He picked up an injury which is why he's late coming out, so we'll see how he goes.

Dan Skelton, trainer of Riggs
It looks a very competitive race. He had a good run at Haydock in November and we have given him plenty of time since. This race has always been on his agenda.

FIRST PUBLISHED 6:00PM, JAN 14 2022
This looks a very competitive qualifier but I'd love it if he could get his head in front

Watch: follow all of Saturday's big-race action on Racing Post Live ITV Racing tips: one key runner from each of the nine races on ITV4 on Saturday