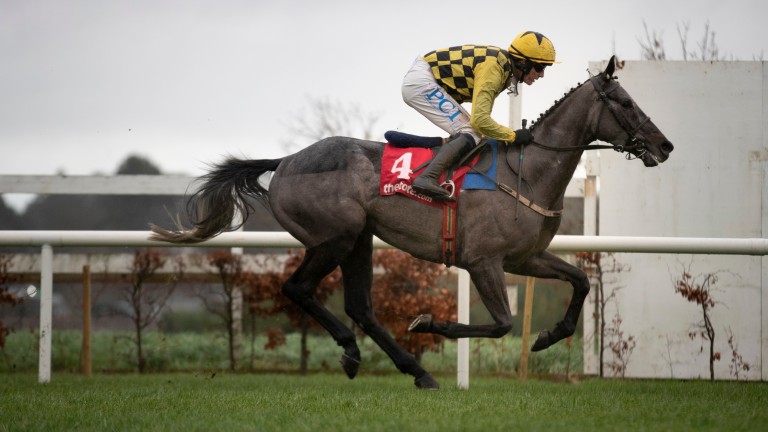 Gaillard Du Mesnil: favourite for the opening Grade 1 of the Dublin Racing Festival
Patrick McCann
1 of 1
By Brian Sheerin UPDATED 9:12AM, FEB 6 2021

Will this be the race to set the tone for the Dublin Racing Festival? With €1.85m up for grabs across the two days, this weekend will have a huge bearing on the trainers’ championship, and Willie Mullins will want to start the meeting as he means to go on.

The 14-time champion trainer is leaving nothing to chance and is responsible for four of the 13 runners, including the top two in the market with Paul Townend electing to ride favourite Gaillard Du Mesnil.

He may have been beaten by Holymacapony on his Irish debut at Punchestown but Gaillard Du Mesnil was extremely impressive in winning a 2m4f maiden hurdle here over Christmas and probably deserves his position at the head of the market.

This has been a good race for favourites as six of the past ten (five outright) have obliged. Willie is not the only Mullins who could have a major say as his nephew Emmet saddles a leading contender in Cape Gentleman.

A high-class horse on the Flat who won the Irish Cesarewitch on just his second start for Mullins, Cape Gentleman confirmed himself a promising novice hurdler when an easy winner at Punchestown in December. He may lack experience but is open to any amount of improvement and is one of the more interesting challengers to the favourite.

Harrington not disheartened by Naas mishap

Ashdale Bob may be a double figure price but, according to Jessica Harrington, her charge is far from an outsider in the opening contest of the Dublin Racing Festival.

Having emerged as something of a surprise package winning his opening two starts of the season, including a Grade 2 at Navan, Ashdale Bob fluffed his lines when getting no further than the second hurdle in a Grade 1 at Naas last month.

“Just one of those things, a novice fall,” is how Harrington summed up that Naas mishap, before revealing her confidence in Ashdale Bob was in no way on the wane.

Harrington said: “It didn’t go to plan the last day but he seems in great form at home and we have schooled him since.

Willie Mullins, trainer of Shadow Rider, Stattler, Gaillard Du Mesnil and Ganapathi
Shadow Rider will be suited by the extra two furlongs. He needs to improve and we think he will. Stattler looked good when winning here at Christmas and we're aiming him at the Albert Bartlett. He will benefit from this longer trip and the testing ground. Gaillard Du Mesnil also won impressively at Leopardstown over Christmas. He didn’t look like he was stopping at the finish so he should be fine over this trip. We don’t think this demanding ground will be any harm and he must have a big chance. Ganapathi will appreciate the greater stamina test but will have to improve considerably if he is to trouble the principals.

Gavin Cromwell, trainer of Vanillier
He ran a cracker at Limerick and has had wind surgery since that hopefully will improve him. Any bit of improvement should put him in the shake-up. 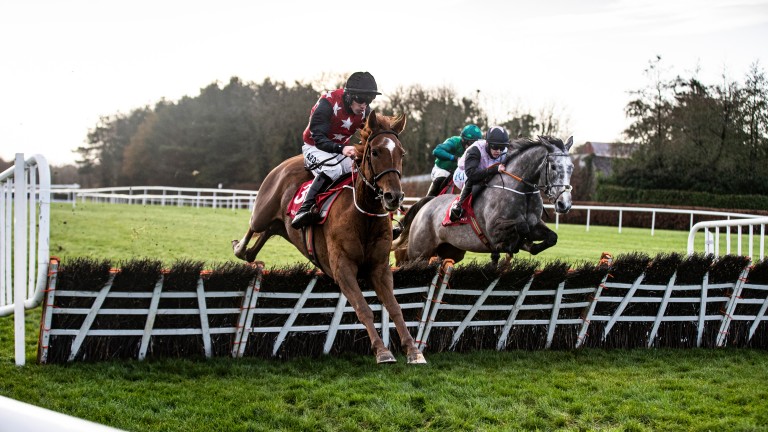 Emmet Mullins, trainer of Cape Gentleman
I don't think the trip will be a problem for him. He stays well on the Flat and galloped all the way to the line when he won the Irish Cesarewitch. My main concern would be that he's going straight from a maiden hurdle into a Grade 1. You'd like more experience, but he's in good form.

Mouse Morris, trainer of Gentlemansgame
There is a big jump up from winning a maiden hurdle to running in a Grade 1 but hopefully he’s up to the challenge.