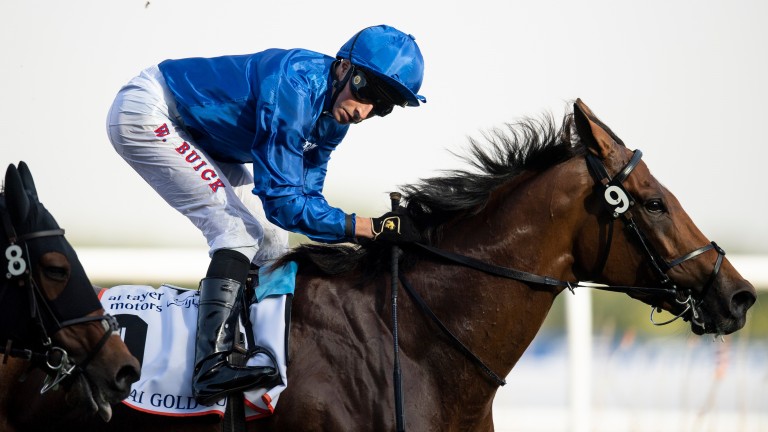 The Henry II is normally a Gold Cup trial, but this year it is in effect the Esher Stakes (Coral Marathon). Even then, the translation is not direct. The race carries Group 3 status, the Esher Stakes being Listed, and that step up is probably why it has attracted 2018 Melbourne Cup winner Cross Counter.

While Cross Counter's biggest wins have been abroad, he has run many of his best races in Britain including when winning the 2018 Gordon Stakes.

He was highly touted when coming from back from Dubai to challenge Stradivarius last year and, while that never worked out, he has not lost his form in the way that figures of 434853 would imply. The last time he ran in neither a Group 1 nor a handicap, he won the Dubai Gold Cup. That was last March, so he avoids any penalties.

Behind Cross Counter, the field is more like that for an Esher Stakes. The horses are well up to standard but developed a little too slowly to try to Gold Cup or were otherwise out with the washing in that race. Withhold fits the second profile and more has been expected from him in two runs this season.

The other three runners are developing four-year-olds. Dashing Willoughby has been tried higher than most, he even finished two places and a bit more than seven lengths behind Cross Counter in the Goodwood Cup. It is suggested that he has less room to improve. 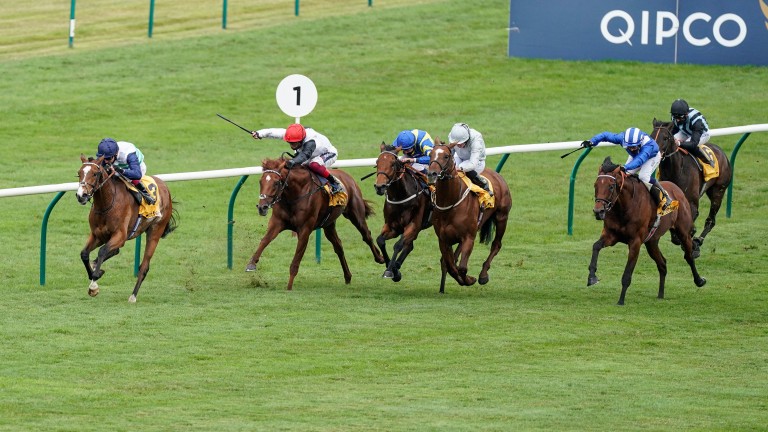 Spanish Mission was campaigned with the usual enterprise by David Simcock after winning the Bahrain Trophy, earning a monster payday at Belmont in September. He has never run at 2m before and clues to his stamina are thin on the ground. He already outstays his pedigree and his run over 1m6f in February is no guide.

Summer Moon is not to be ignored. He could well be the one to take them along and he has very useful handicap form behind him. He has placed both the Cesarewitch and Ascot Stakes, showing form that puts him within touching distance of all bar Cross Counter. He is an apt reference point for those who would be dismissive of handicap form.
Keith Melrose, betting editor

Cross Counter has not won since landing the Dubai Gold Cup in 2019 but Charlie Appleby believes he has found his star stayer an ideal opportunity to get his nose in front against just four rivals.

The five-year-old, who won the 2018 Melbourne Cup, was last seen finishing third in the Gold Cup at Royal Ascot behind runaway winner Stradivarius, having run in a valuable contest in Saudi Arabia.

"Dropping back to two miles on a sounder surface will suit him," said Appleby. "We feel he has definitely come forward for his run at Ascot and this looks a nice opportunity to get his head in front."

Cross Counter heads the market at 15-8 generally ahead of Dashing Willoughby, winner of the Listed Buckhounds Stakes last time.

Roger Charlton, trainer of Withhold
He came out of the Gold Cup very well and should strip that little bit fitter this time. It looks a competitive race but he looks great and we're happy with him. He would be happy making the running.

Oisin Murphy, rider of Dashing Willoughby
He won well at Newmarket and goes well fresh. We're pleased with him at home and he skipped Ascot with this race in mind. The horse is really improving and I think he deserves his chance.

David Simcock, trainer of Spanish Mission
This isn't the ideal starting place and he's having to step up in trip. He's trained well as in good order. Let's see what happens.

Eclipse analysis: Graham Rodway on why Enable won't have things her own way

FIRST PUBLISHED 6:00PM, JUL 4 2020
We feel he has definitely come forward for his run in the Gold Cup and this looks a nice opportunity

Get the lowdown from Charlie Appleby and Saeed bin Suroor on red-hot Dubai teams Hector Crouch 'hoping to nick some more' after shock first Group 2 winner Getting an edge at Meydan: your complete guide to the Dubai World Cup Carnival O'Meara's admirable stalwart Lord Glitters bids for another Meydan victory First Meydan runners for Alice Haynes on opening day of World Cup Carnival