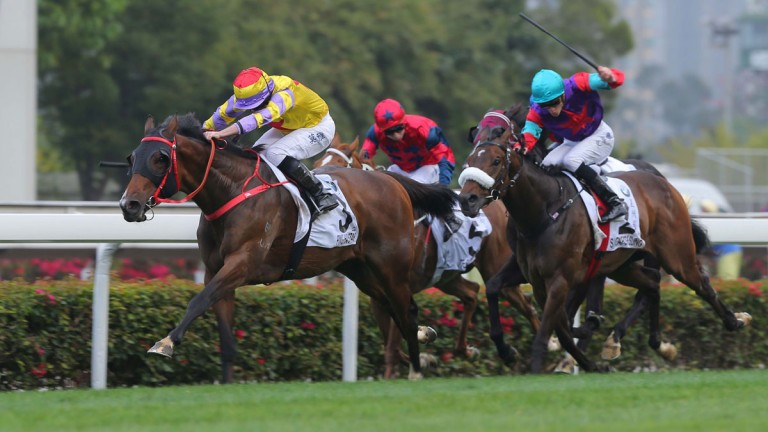 The Flat turf season is nearly ready to emerge from hibernation in Britain, and if a reminder were needed of the stars who will be on show, Ryan Moore delivered a timely prompt with another masterclass in the saddle at Sha Tin.

Aboard Ping Hai Star for John Size, Moore gave the four-year-old a superb ride, and became the first British jockey to win the Hong Kong Derby since David Harrison in 1999.

The main concern surrounding Ping Hai Star was whether he would stay the 1m2f trip after achieving a hat-trick over seven furlongs. The horse also has a tendency to be keen early, but Moore negated that potential problem by settling him in last.

Going down the back straight, Moore and Ping Hai Star sat some ten lengths off the leaders, but there were no signs of panic and Moore started to make his way into contention on the home bend.

Moore then unleashed Ping Hai Star in the straight, and the pair stayed on strongly, with the winner demonstrating he more than had the requisite stamina for the new trip.

Cult hero Pakistan Star was in action, but was unable to return to the winner's enclosure when finishing fourth behind Southern Legend (Caspar Fownes/Chad Schofield).

Fownes also saddled the third, Joyful Trinity, and the pair will likely have their sights raised, with the Group 1 Champions Mile a target at the end of next month.

FIRST PUBLISHED 8:53AM, MAR 18 2018
Moore gave the four-year-old a superb ride, and became the first British jockey to win the Hong Kong Derby since David Harrison in 1999

Is Snowfall the best filly O'Brien has trained? It's now a question worth asking Sublime Snowfall records biggest winning margin in Irish Oaks for over 100 years Snowfall forecast on the hottest day of the year in Ireland and we cannot wait