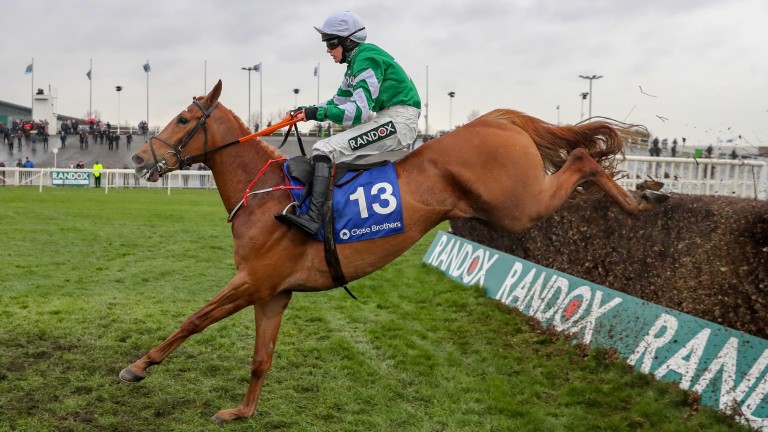 Not even Red Rum himself could have given quite as well timed a boost as Moon Over Germany provided in the race named after the Aintree legend.

Just before the £45,000 chase, owner Philip Reynolds was hit by the news that his Mall Dini had been ruled out of Saturday's Grand National.

But the four minutes or so that it took to run this licketty-spit was all it took to transform the mood.

Moon Over Germany had won only one of his previous 13 races, a maiden hurdle at Navan, but he chose the perfect time to double his tally.

And he did it in fine style, leading after just three of the 12 fences had been jumped and coming home a commanding ten-length winner under Rachael Blackmore.

Reflecting on the race's gloomy preamble, Reynolds said: "I said to Rachael 'I need a pick-me-up, I've been waiting for a National runner all my life and I've lost him on the eve'. So for Rachael to do this is particularly pleasing."

Blackmore, who rode two winners at last month's Cheltenham Festival, was scoring her first victory at the Grand National meeting.

"The rain definitely helped his chances," she said of Moon Over Germany. "Some of his form on better ground hasn't been great, maybe the rain today was the turning factor.

"He travelled and he jumped and over that kind of trip that's what it's all about so my job was easy."

The winner is trained by Henry de Bromhead, who added: "I was delighted with that and it was brilliant to get it for the Reynolds.

"It was a super ride by Rachael. He's a very decent horse and he just needed things to fall right for him and thankfully they did today."

Queen for the day 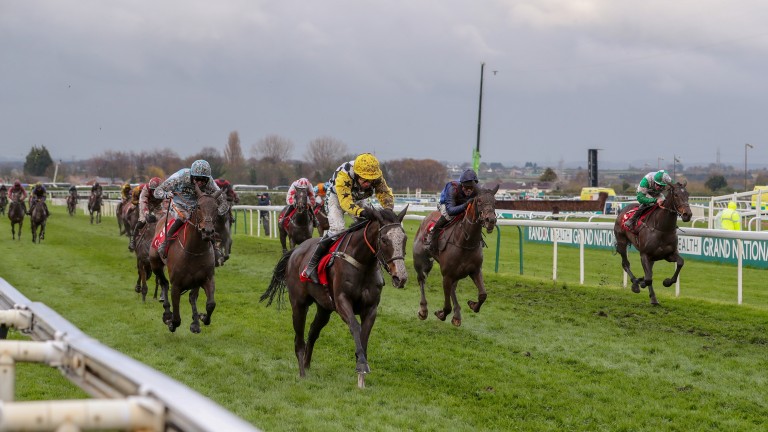 "We've always adored her," said the trainer. "She was a bit unlucky not to finish closer at Cheltenham, she got stopped coming down the hill.

"We'll put her away and look forward to the autumn. She's won a point, she jumps great and she's exciting."

Two decent chances on Trials day at Cheltenham - plus a mini stable tour Henry de Bromhead: Journey With Me isn't a certain Dublin Racing Festival runner Edwardstone team up for the fight but few follow suit as British entries plummet From the favourite to a dark horse: four hot Arkle topics plus analysis and tip