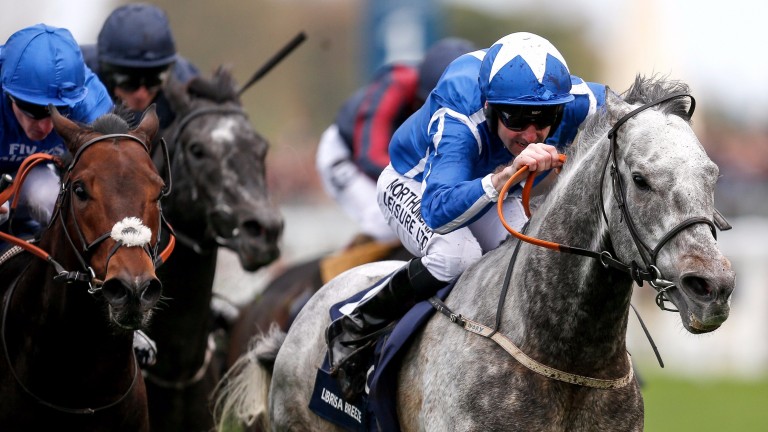 Champions Sprint winner Librisa Breeze has had a trip to compete in next month's Longines Hong Kong Mile aborted after suffering a minor setback.

However, Ivory revealed on Thursday: "We weren't happy with him as there was a little bit of heat in one of his legs and he's not 100 per cent.

"For such a nice horse to go all the way over there and not run to his full potential would be a shame, so we've decided not to go."

With an official rating of 119, Librisa Breeze has become the highest-rated horse Ivory has trained, surpassing Tropics, who was 117 at his best.

The trainer will bide his time before deciding on other international targets next year.

"We've been invited to Australia in March, which looks quite exciting, and there's also Dubai but we've got plenty of time to see where we go," added Ivory.

There should still be British and Irish interest in the HK$23 million (£2.2m/€2.5m) Mile on December 10 as David Simcock has Lightning Spear in the reckoning, with Aidan O'Brien responsible for Lancaster Bomber and Roly Poly.

FIRST PUBLISHED 5:31PM, NOV 23 2017
We've been invited to Australia in March, which looks quite exciting, and there's also Dubai