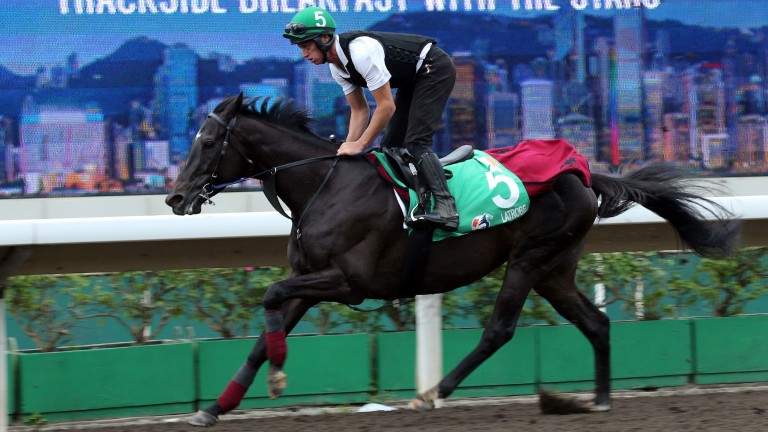 Latrobe working on the dirt during Saturday's Breakfast with the Stars event
HKJC
1 of 1
By Katherine Fidler at Sha Tin 9:56AM, DEC 8 2018

Irish Derby winner Latrobe must pass a final vet inspection on Sunday morning if he is to run in the £2 million Hong Kong Vase later that day.

Joseph O'Brien's runner, who arrived at Sha Tin from a successful stay in Australia after finishing a head second in the Mackinnon Stakes, had been scheduled for an examination on Saturday morning following an incident during trackwork last week. He was found to be mildly lame on his left front leg.

A statement from chief stipendiary steward Kim Kelly added Latrobe had some sensitivity to both heel bulbs in that foot. 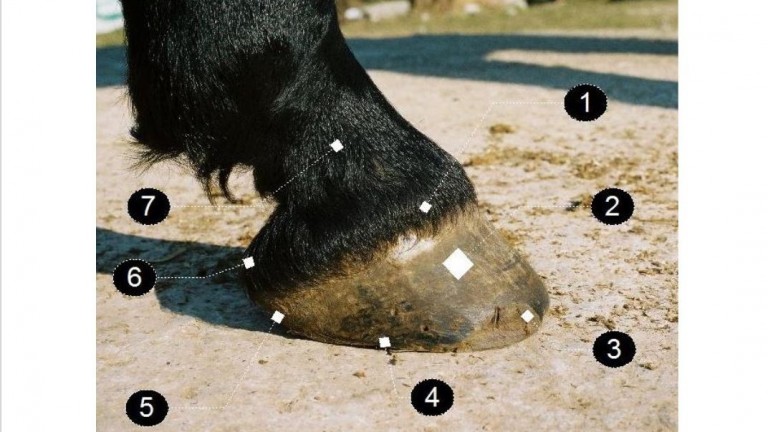 Number 6 shows where a horse's heel bulbs are - there are two, one on each side

The three-year-old was scheduled to work on the grass on Saturday morning, but worked on the dirt track instead.

Planning pays off for Eziyra team

Eziyra, who will line up in the Hong Kong Vase, is in fine fettle following a light campaign plotted around Sunday's race.

The Teofilo filly did not return to her trainer Dermot Weld until June 1, making her belated racecourse reappearance a winning one in the Ballyroan Stakes in August – adding the Group 3 Blandford Stakes to her CV in September.

Pat Downes, racing and breeding manager to her owner-breeder the Aga Khan in Ireland, said: "It was always the plan when we finished Longines Irish Champions Weekend last year that she would have a long break. I think we're seeing the benefit of that now and everyone seems to be very happy with her."

"She has a nice draw and I think she'll enjoy the nicer ground than we got at Churchill [Downs]," said Downes. "She didn't seem to appreciate that stickier ground and we're hopeful of a big run, which she is entitled to do on the ratings. Hopefully there will be plenty of pace and she will run a good race."

Special start to the day

Sha Tin's traditional Trackside Breakfast with the Stars gave the course a lively feeling on Saturday morning, as racing fans were given the opportunity to watch the international contenders working before enjoying breakfast in the grandstand. 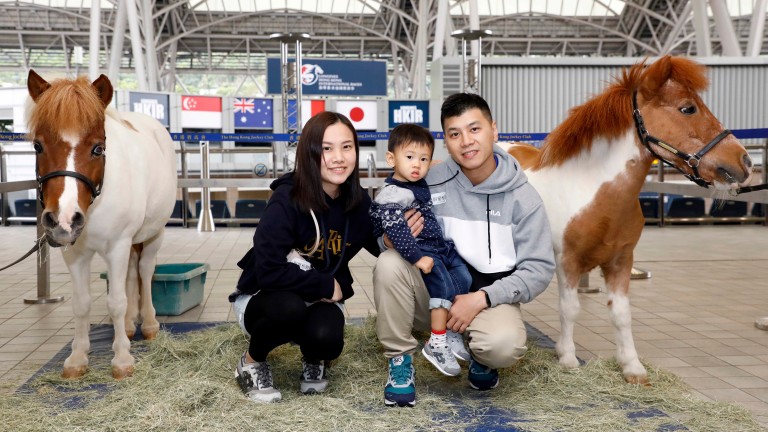 Those in attendance were also given the chance to meet a pair of Shetland ponies in the parade ring, take part in games and try to avoid a typically horrifying clown, who fortunately was a safe distance from the track.

It is always worth remembering that, while it is the big-race jockeys who enjoy the adulation of the crowd on racedays, behind the scenes there are a whole host of talented work-riders doing the lion's share behind the scenes. That was never more obvious than this morning at Sha Tin, where there was clearly something in the air, with bucks, kicks and spins left, right and centre as the international contenders arrived on the dirt track.

Obviously the horses are feeling fit and well – special mention to Beat The Bank's and Walgeist's riders, who showed incredible stickability as their mounts put on a bit of a show for the awaiting press pack.

Look back on the best jumps action of the year in the new edition of the Racing Post Annual. Click here to order or call 01933 304858 FIRST PUBLISHED 9:56AM, DEC 8 2018
A statement from chief stipendiary steward Kim Kelly added Latrobe had some sensitivity to both heel bulbs in that foot