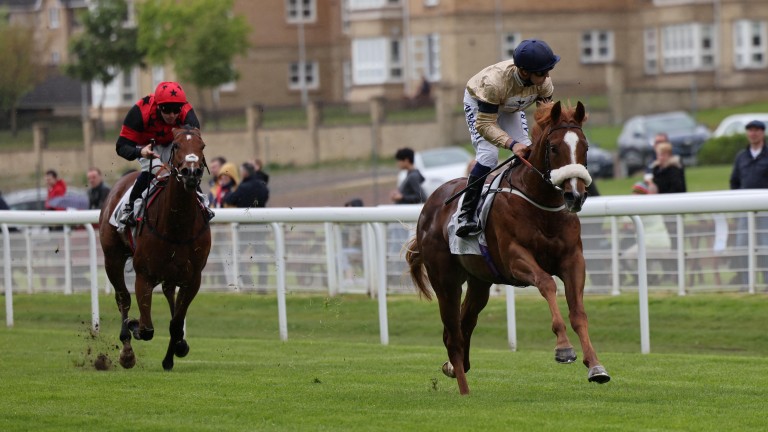 Atomic Force: "We've always liked him and he was extremely impressive last time"
John Grossick (racingpost.com/photos)
1 of 1
By David Carr UPDATED 11:20AM, JUL 18 2021

Snowfall was not the only horse to have weekend punters wondering whether they were really as good as they looked last time.

It may have been by five lengths rather than 16 that Atomic Force bounded up in the Group 3 Prix du Bois at Chantilly last month but he still scored with immense authority under Stephane Pasquier, and he carries plenty of confidence as he steps up to Group 2 company over the same course and distance four weeks on.

"We've always liked him and he was extremely impressive last time," said Adam Ryan, whose father Kevin trains the two-year-old for Hambleton Racing.

"He's come out of that race great and we know he travels well so there was no issue about going back across.

"It's a step up in grade but it's the natural progression after what he did last time and he deserves it. He's in great order and if he runs up to form he should go there with a massive chance." 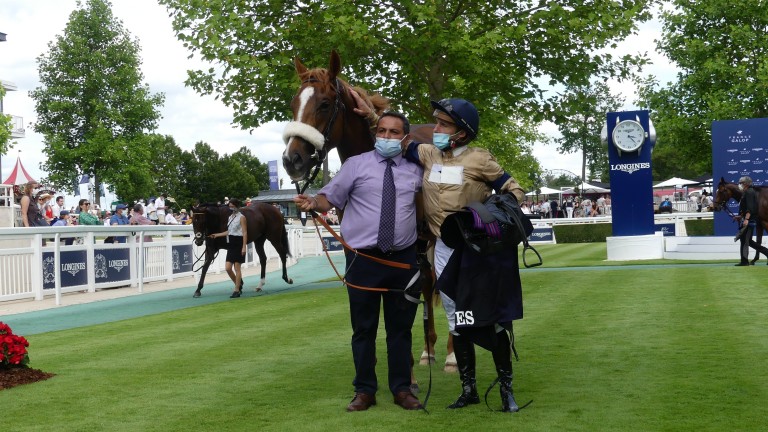 "I wouldn't want the ground to be too soft but this looks a good spot for a Group 2," said the filly's trainer George Boughey.

"We've got Kevin Ryan's to beat. The Pontefract race was franked massively by the third running third in a Group 2 at Newmarket. I think if she ran in a handicap she'd make a mockery of her mark and I hope she'll run well."

Richard Hughes hopes the ground will be soft enough for mudlark Brentford Hope in the Group 3 Prix Messidor (1.33).

"He is a class act when he gets his ground," the trainer said. "He is so much better when he can get his toe in.

"I know people have called him a bridle horse in the past, which is very unfair, as I thought he showed a great attitude last time and really battled when things were not exactly in his favour. He is clearly a Group horse."

Last year's French 2,000 Guineas winner Victor Ludorum is dropped in class after finishing fifth in the Prix d'Ispahan and Lisa-Jane Graffard of owners Godolphin said: "He is still on a comeback trail following an extended period of time off over the winter. He is in good form and we expect this to be another stepping-stone towards races later in the season.” 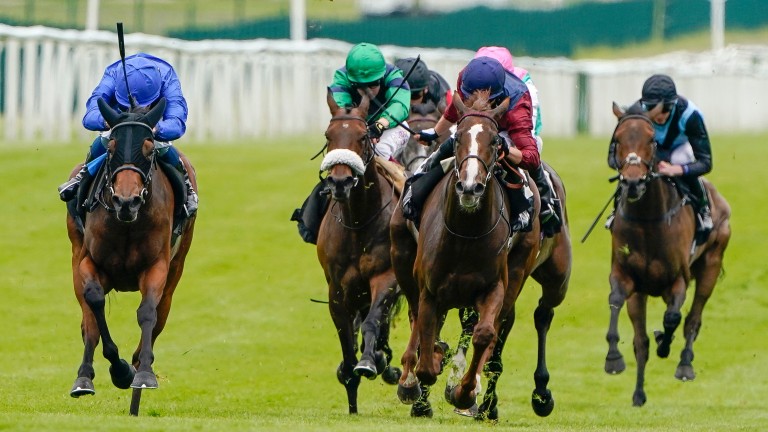 Trainer Charlie Appleby said: "Creative Flair heads to France on the back of a nice win at Newbury and coming back slightly in trip isn't a concern.

"She is quite a straightforward filly with some strong form this season and looks ready to take the step up to Group company."

FIRST PUBLISHED 6:00PM, JUL 17 2021
He's in great order and if he runs up to form he should go there with a massive chance