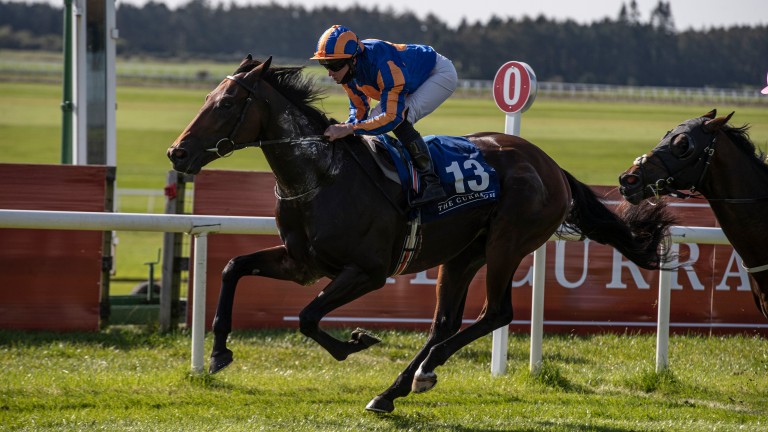 Van Gogh remains among the entries for both the Cazoo Derby and the Qatar Prix du Jockey Club
Patrick McCann (racingpost.com/photos)
1 of 1
By Scott Burton UPDATED 5:16PM, JUN 2 2021

All 20 remaining entries stood their ground at the penultimate declaration stage for the €1.5 million Qatar Prix du Jockey Club, with no supplemented horses appearing on the list on Wednesday.

That left Van Gogh as the only colt with the option of both the Chantilly and Epsom versions of the Derby this weekend, with the final declarations for both races due on Thursday morning although trainer Aidan O'Brien indicated on Wednesday that Bolshoi Ballet would likely be his only runner at Epsom.

Should O'Brien and the Coolmore partners choose the Jockey Club over the Cazoo Derby for Van Gogh, they would be targeting a second Group 1 success in France for the imposing son of American Pharoah, who put four lengths on his rivals in the Criterium International in October.

His nearest pursuer that day at Saint-Cloud was Normandy Bridge, who, alongside stablemate Millebosc, will become the first two runners in the Jockey Club for Deauville-based trainer Stephanie Nigge. 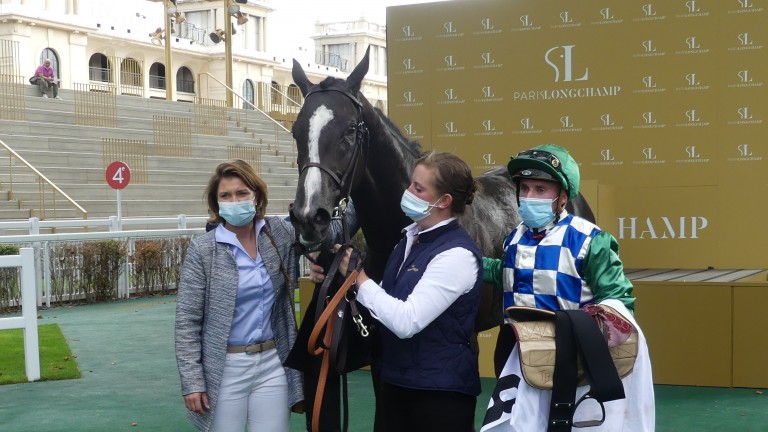 "I would consider myself lucky to have one runner, given I'm a young trainer with a small string, so to have two is amazing and one I mustn't pass up," said Nigge.

"It's exciting as I have loved both horses since last year and to bring them all the way to this point is pretty intense."

Normandy Bridge carries the colours of Australian owner Gerry Ryan, with whom Nigge shared the adventure of winning the Melbourne Cup when travelling Americain to Australia for her then boss, Alain de Royer-Dupre.

A Group 3 winner at two, the son of Le Havre didn't get the bounce of the ball behind St Mark's Basilica in the Poule d'Essai des Poulains, a race Nigge described as "catastrophic".

"I'm crossing my fingers he has more luck than at Longchamp," said Nigge. "We originally felt he needed to finish in the first four in the Poule to justify going to the Jockey Club, but when you look at the passage he suffered and the speed he showed to finish, we almost have to give it a go.

"Turning in he was a little tapped for toe and he finished really well in the last 200 metres. He has really come on since the Poule d'Essai and I think it's the first time he has really learned something without having a hard race. It's done him a lot of good."

Gregory Benoist has enjoyed plenty of good days in the silks of Gerard Augustin-Normand and comes in for the ride on Millebosc, who was beaten only half a length by one of the leading home-trained hopes in Makaloun last time out in the Prix de Guiche.

"Gerald really gave Millebosc two educational rides with a view to the future and didn't going for absolutely everything in the Guiche," said Nigge.

"He'll need there to be good pace in the race and although his pedigree says he might be more of a horse for 1,600 metres, he wasn't stopping over 1,800 metres in the Guiche."

Both of Nigge's candidates are 20-1 chances with Coral, who make St Mark's Basilica their 5-2 favourite to complete the same Classic double as Brametot in 2017 and Lope De Vega in 2010.

FIRST PUBLISHED 4:30PM, JUN 2 2021
I think it's the first time he has really learned something without having a hard race. It's done him a lot of good

Mother Earth rerouted to the Breeders’ Cup after Santa Barbara setback Paddocks could beckon for Astadash after impressive Group 3 success Where was Dettori? Where were the Brits? Irish Champions Weekend felt too Irish Interference rules don't give jockeys or stewards enough credit 'We have to try something' - McCullagh calls for false rail at Leopardstown St Mark's Basilica's future undecided as O'Brien reveals next targets for stars