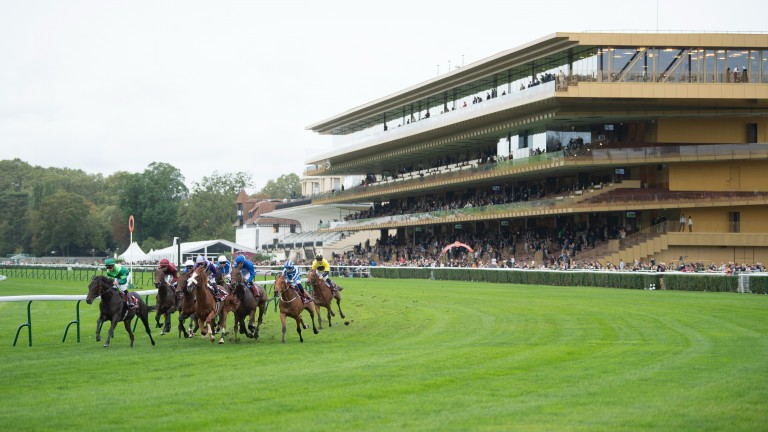 France Galop: will increase its prize-money to 2017 levels next year
Edward Whitaker (racingpost.com/photos)
1 of 1
By Jonathan Harding UPDATED 1:36PM, NOV 23 2021

France Galop will increase its prize-money by €30 million to €278m next year on the back of healthy projected revenues from the PMU.

Prize-money fell to €248m last year, from €258m in 2019, due to the financial implications of the coronavirus pandemic, which continued into 2021 with the imposition of curfews and closure of PMU shops.

However, following a marked resurgence of betting turnover, prize-money will return to the record level of €278m distributed in 2017.

The PMU, the third-largest pool betting service globally, budgeted for a contribution of €805m last year but this was cut to €740m. Its contribution will rise to €820m to racing and trotting next year, the highest level since 2015 and an increase of €60m compared to 2019.

Discussing the 2021 levels, France Galop said: "The limited erosion of 2021 prize-money is the result of the good resumption of betting activity since the reopening of betting shops, as well as the constant efforts made by the PMU and France Galop to reduce their costs."

The board of directors met on Monday to discuss the plans, which is expected to be formally approved on December 13. The proposal does not factor in further financial disruptions due to the pandemic.

In October, BHA chief executive Julie Harrington said she hoped prize-money in 2022 would reach around £150m, after levels fell to £94m in 2020 due to the effects of the coronavirus pandemic.

FIRST PUBLISHED 1:18PM, NOV 23 2021
The limited erosion of 2021 prize-money is the result of the good resumption of betting activity since the reopening of betting shops