Life begins at 30: Winx returns with another effortless victory in Apollo Stakes 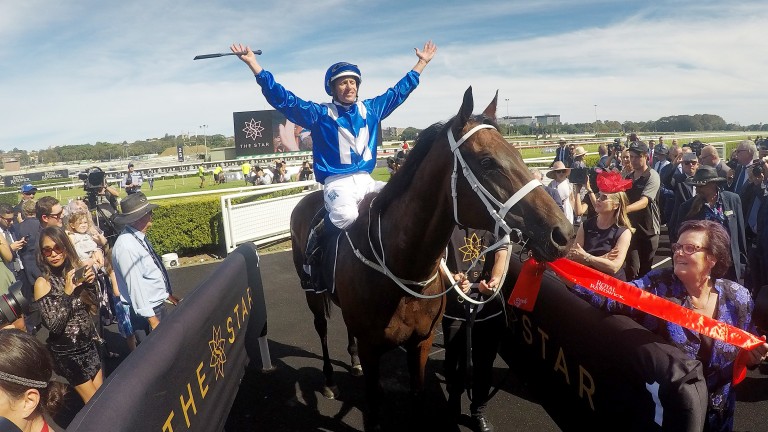 If this is how the rest of Winx's farewell tour plays out, there will likely be calls for a second encore. Last October when she created history by winning a fourth Cox Plate few would have begrudged the wondermare heading off for a well-earned retirement.

Instead, the band was back together again at Randwick on Saturday as Winx made it 30 wins in a row with a two and a quarter length stroll in the Group 2 The Star Apollo Stakes.

The joint-highest ranked horse in 2018 along with the now-retired Cracksman, Winx did not need to come anywhere close to her official mark of 130 as she breezed to victory under Hugh Bowman.

Trainer Chris Waller was pleased to see that Winx still retains her enthusiasm on a first start for nearly four months, and said: "It is just a sense of relief, we take it so personally, she can't tell us when she has had enough, we made the decision to push on a bit further. She is pretty good.

"I think today's race was the most important, seeing her come back like that.

"The natural improvement will be there, two weeks' time will be the plan, the Chipping Norton, and last year we didn't have the beauty of having a first-up run, she went straight into it - look out in two weeks' time."

Bowman always looked like he had his seven rivals covered, and was pleased with how the seven-furlong contest played out.

"I was able to just come out from behind Egg Tart and let her increase into the race without worrying about getting the leader.

"As we have seen at this distance previously, she can just be left flat footed, but because of the even pace of the race it wasn't the case today; when I went past Sam [Clipperton, riding runner-up Happy Clapper] I just really asked her to give her full effort and she let down."

The Group 1 Chipping Norton in a fortnight's time means a return to Randwick for Winx, who has won for the last three years.

FIRST PUBLISHED 7:27AM, FEB 16 2019
I think today's race was the most important, seeing her come back like that

Apprentice remains in induced coma to monitor head injuries after horror fall 'We need to pray for her recovery' - apprentice in induced coma after fall 'I'd have Frankie Dettori on any horse, in any race, on any day of the week'