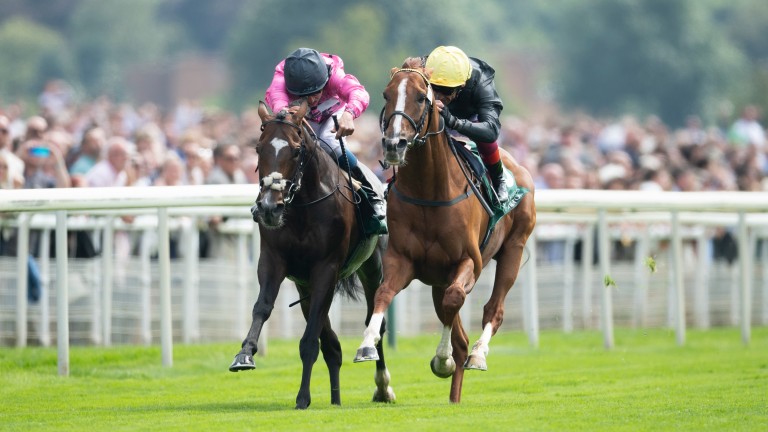 Spanish Mission is set to remain in Australia following his Melbourne Cup third after it was announced the six-year-old would move to the yard of Peter Moody to continue his career.

Moody released a statement via Twitter from owner Brae Sokolski who acquired the horse in a group including Ozzie Kheir and Jonathan Rosham.

"I would like to thank the former owners of Spanish Mission, Gary Barber and Brian Irwin, who specifically approached me and gave me the opportunity to purchase their wonderful horse and keep him on our shores," Sokolski said in the statement.

"Spanish Mission is truly a world-class stayer and importantly still on an upward trajectory with so much more to come. We will advise of future plans with him in due course."

The son of Noble Mission had a less than ideal preparation for the Melbourne Cup, missing the first flight to Melbourne and his intended lead-up start in the Caulfield Cup due to muscle spasms.

The Yorkshire Cup winner arrived on the second flight and was forced to survive veterinary scrutiny for minor swelling in a foreleg in the days before the release of the Melbourne Cup field.

Spanish Mission raced 19 times for six wins and eight placings, including Group 2 success at York and Doncaster. He collected $550,000 for finishing third in the Melbourne Cup, the third biggest cheque of his career behind first prize for the 2019 Belmont Derby Invitational and second prize for this year's Red Sea Turf Handicap in Saudi Arabia.

It is the second time in three years that Sokolski and Kheir have purchased the Melbourne Cup third, having bought Il Paradiso following the 2019 Melbourne Cup won by Vow And Declare.

Il Paradiso, a son of Galileo formerly trained by Aidan O'Brien, has battled injury issues and is yet to race for Chris Waller, though he contested a barrier trial in August.

Sportsbet have the Moody-trained Incentivise as the favourite for next year's Melbourne Cup with Spanish Mission on the fourth line of betting, assessed as a $21 chance.

FIRST PUBLISHED 2:08PM, NOV 11 2021
He's truly a world-class stayer and importantly still on an upward trajectory with so much more to come