Five-year-old was partnered by Christophe Lemaire, who now has 1,400 JRA winners 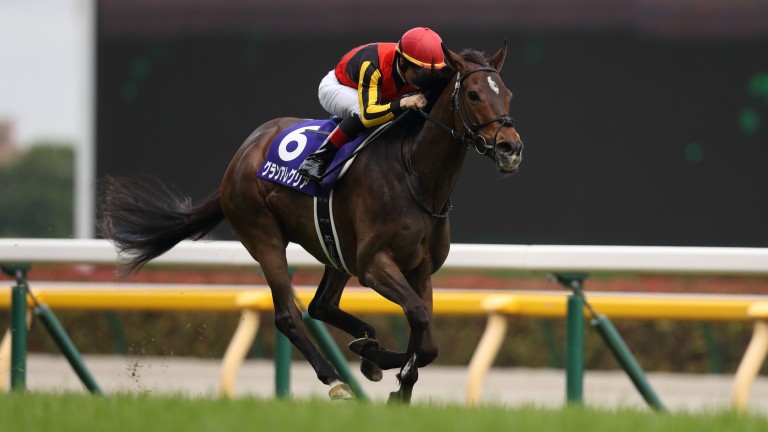 Hot favourite Gran Alegria registered her fifth top-level triumph when running out an emphatic winner of the Victoria Mile at Tokyo on Sunday.

Sent off at 30-100, the Kazuo Fujisawa-trained five-year-old was settled in a midfield position by Christophe Lemaire, before quickening up coming into the home straight.

The duo collared second favourite Resistencia, ridden by Yutaka Take, over a furlong and a half out before drawing clear to score by four lengths over Rambling Alley in a time of 1m30.00s for the mile. Magic Castle was a neck back in third, while Resistencia finished sixth of the 18 runners.

The winner, a daughter of Deep Impact out of Tapit's Grade 1-winning mare Tapitsfly, was securing her eighth victory on her 12th start.

Lemaire, posting back-to-back victories in the Victoria Mile having won last year on the awesome Almond Eye, said: "She was strong. Her start was not so fast so I was in the middle position with her but in a good rhythm.

"In the straight, after I switched her to the outside, she geared up by herself. She really showed her ability and her level is on a different plane - this is her fifth Grade 1 and she will win more."

Trainer Fujisawa said: "She was excited more than usual today, but ran calmly in the race. She was able to get into her rhythm well. The rivals were strong but I was happy with her and she was very strong.

"After this, I would like to discus with the owner running her in the Yasuda Kinen. The starting place of the previous race [Osaka Hai] was in front of the grandstand but the Tokyo 2,000 metres is not, so, I would like to consider the Tenno Sho Autumn as her target in the fall."